Just two business days after watching the Republicans fail to cobble together a majority on their bill to repeal and replace Obamacare, Democrats showed that even a broken clock is right twice a day, and their two minutes were up.

On Tuesday, Jim Newell of Slate reported that congressional Democrats are suggesting Republicans might need Democratic votes to pass the government funding bill in April due to opposition from the right-wing “Freedom Caucus.” The clear implication is that Democrats are thinking about how to exact concessions in order for supplying the votes to help get a Republican budget proposal over the finish line.

This is precisely the opposite approach to what the Democrats did during the health care debate, when they wisely sat on the sidelines and let the Republicans form a circular firing squad, with predictable results. By putting aside their longstanding impulse to bail out Republicans by giving them bipartisan cover on bad legislation in exchange for small favors, they helped the GOP deal itself a humiliating political defeat.

But now, the Democrats are signaling that they are ready to go back to their old ways and cut a deal that will bail the Republicans out yet again. This is the wrong approach.

Here are some key facts of American politics: the voting public generally does not punish the majority party unless it fails, and it does not reward the minority party for behaving responsibly. Congressional Republicans behaved responsibly from the Eisenhower era to the Clinton presidency, partnering with the Democrats where they could and exacting occasional concessions, and what did they get for it? They got 40 straight years in the minority in the House, and 34 of those 40 years in the minority in the Senate.

Conversely, what did Republicans get when they stonewalled, obstructed and sabotaged Democrats at every turn in 1993 and 2009? They got control of at least one house of Congress the next year, putting the brakes on progressive legislation for the remainder of the Clinton and Obama presidencies.

There’s a lesson here, but Democrats seem to be immune to learning it. To repeat Napoleon’s words of wisdom, “Never interfere when your enemy is destroying himself.” Democrats shouldn’t throw the Republicans a lifeline when they’re about to drown. Democrats should throw the GOP an anchor instead.

But then, that’s the difference between Democrats and Republicans. Democrats are the nice guys who offer their opponents a helping hand up after they’ve fallen down. Republicans pull Democrats up off the mat to punch them in the face again. And that’s why the GOP has won seven of the last 12 federal elections (presidential and midterm), while splitting three (1996, 2010, 2012), and losing only two (2006 and 2008). Republicans play hardball and Democrats don’t. It’s as simple as that.

In short, saving the Republicans from themselves is exactly the opposite of what Democrats should do if they want to regain control of the House. And let’s be clear: retaking the House in 2018—the Senate is out of reach—should be the chief goal of the Democratic Party. Without Democratic control of at least one chamber of Congress, the only way that Donald Trump and his party can be stopped is if they stop themselves. Democrats can’t count on them doing that forever. Sooner or later, they’re going to find a way to get on the same page and start passing legislation.

As bad as the Democrats’ position is right now, they have an opportunity if they are willing to seize it. The Republicans control the presidency and both houses of Congress. If the government fails to function properly—or at all—the Republicans will own that failure, and the Democrats will have the chance to reap the rewards in 2018. Why ride to their rescue? 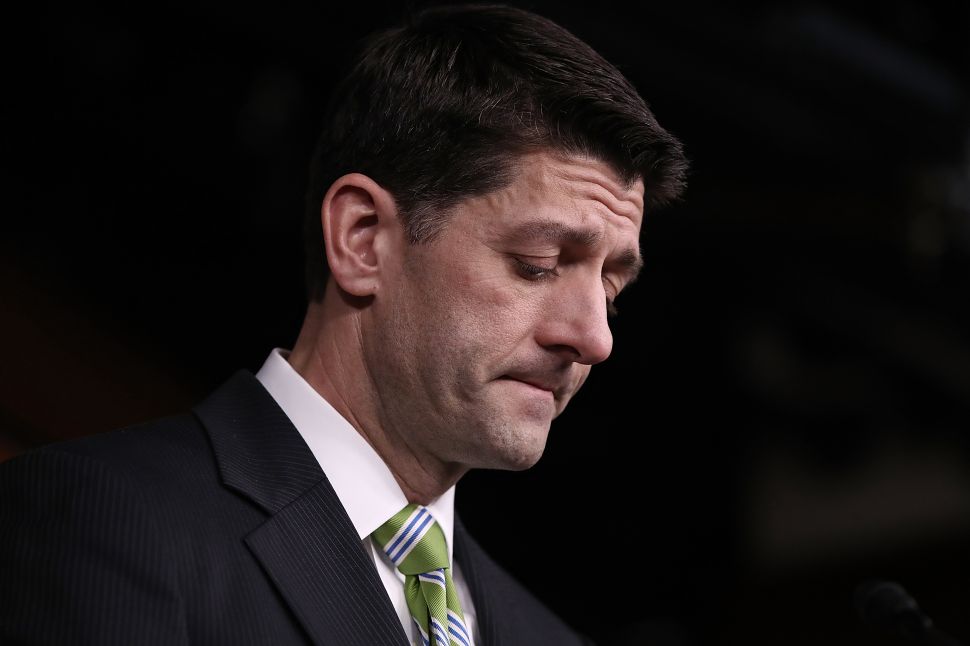