For the duration of the war in Syria, which began in 2011, the United States’ involvement has been limited to drone strikes and airstrikes, supplemented with special forces operations. Under the Trump administration, U.S. involvement is quietly escalating with the announcement that another 400 heavily armed marines will be deployed to Syria. The Washington Post reported on March 8, “The deployment marks a new escalation in the U.S. war in Syria, and puts more conventional U.S. troops in the battle. Several hundred Special Operations troops have advised local forces there for months, but the Pentagon has mostly shied away from using conventional forces in Syria. The new mission comes as the Trump administration weighs a plan to help Syrian rebels take back Raqqa, the de facto capital of the Islamic State. The plan also includes more Special Operations troops and attack helicopters.” On March 15, the Washington Post reported that the Trump administration planned to deploy 1,000 more troops to Syria in the coming weeks.

Democratic Party leaders, who were previously outspoken against escalating U.S. involvement in Syria, have remained silent on the issue. Former President Barack Obama promised repeatedly throughout his time in office that there would be no U.S. boots on the ground in Syria, despite violating that promise with the special operations’ presence. Hillary Clinton flip-flopped on the issue during her presidential campaign. During a presidential debate in March 2016, Trump cited that there may need to be 20,000 to 30,000 troops deployed in Syria and Iraq to defeat ISIS. Though the latest boost in troop deployment contradicts Trump’s repeated stance against an interventionist foreign policy, his critics have remained silent and war hawks on both sides of the aisle likely support the decision. Trump’s announcement should warrant concern from both parties that the U.S. is getting dragged into another war in the Middle East and continuing its disastrous record in the region.

Russia, Turkey, Iran, Saudi Arabia, terrorist groups, and other countries have participated in varying extents in the war in Syria, which began six years ago as an uprising against Syrian President Assad’s oppressive regime. As was the case with similar regimes (for example, Iraq and Libya), the U.S. and other governments saw the political instability as an opportunity to engage in a geopolitical proxy war to gain influence and resources in the area. Toward the end of his presidency, Obama said that the war in Syria “haunts him constantly.”

Critics of the United States’ intervention in Syria have cited that the United States government has funded terrorist groups in Syria, further contributing to the perpetual conflict in the region.

“The more people we send over there, the more dead Americans there are going to be. And we have to stop funding the war. That’s what Tulsi Gabbard and Rand Paul are trying to do. We have to realize where the money is coming from,” said former Rep. Dennis Kucinich in an interview with the Observer. Kucinich, who served eight terms in Congress from 1997 to 2013, lead the opposition against the Iraq War at its offset, organized a congressional coalition to stop it, and filed resolutions of impeachment against George W. Bush and Dick Cheney for misleading Congress and the public to go to war in Iraq. “The money has come from Saudi Arabia, from Turkey, from Qatar, and the U.S. has helped to fund it, too. The whole point is you drop the money, you don’t need to send troops there, don’t send money.”

Kucinich added that in regards to Syria, “Congress has to deny any funds for the action there, because at this point the action is unconstitutional and it is illegal. We have no legal right to be there, we haven’t been invited there. Its a violation of international law, its a violation of the U.S. Constitution. So, we have no right to be there, we have to get out, and we should stop funding these different groups. I’m in complete agreement with Rep. Gabbard and Senator Paul on their legislation. Congress is going to have to take up the matter and cut off the funds before we get any deeper in this.”

“One of the unintended consequences of nation-building and open-ended intervention is American funds and weapons benefiting those who hate us,” said Sen Rand Paul in a press release. “This legislation will strengthen our foreign policy, enhance our national security and safeguard our resources.”

The CIA has little control over the rebel groups that they arm, fund and train. In June 2016, the New York Times reported that CIA weapons supplied to Syrian rebels were making their way into the black market. In March 2016, the Los Angeles Times reported that Syrian militias funded by the Pentagon and the CIA were fighting one another. The Los Angeles Times cites Fursan al Haqq as a rebel group funded by the CIA that has fought side-by-side with Al-Qaeda.

Trump‘s escalation of U.S. involvement in Syria demands attention and criticism. Unfortunately, Gabbard’s proposed legislation has received little attention from leadership of either political party. Repealing Obamacare and the investigation into Trump’s ties with Russia have dominated the conversation, while conversation about avoiding another disastrous war in the Middle East is being swept under the rug. 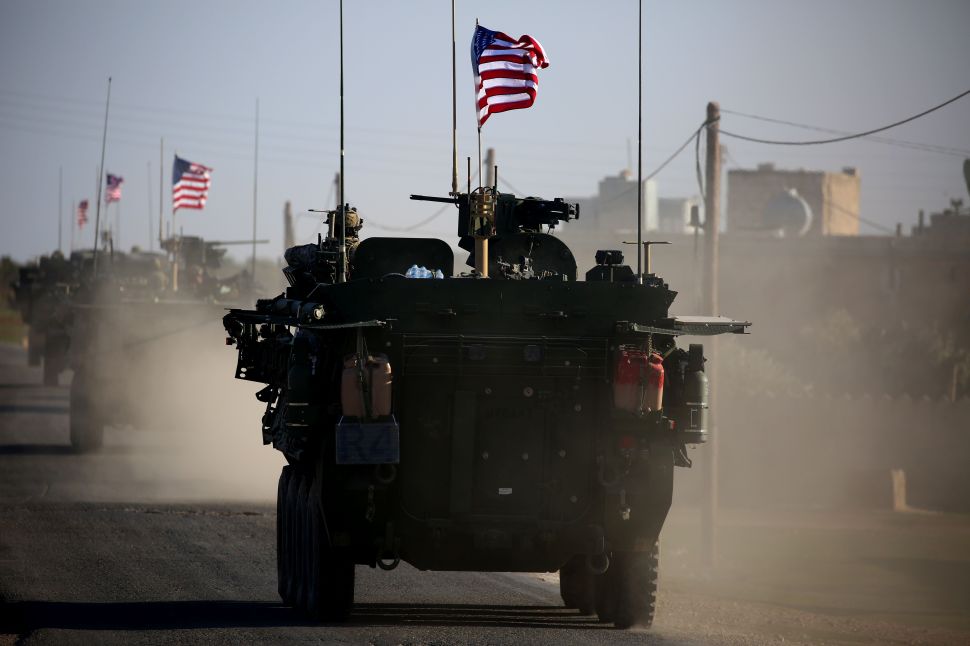