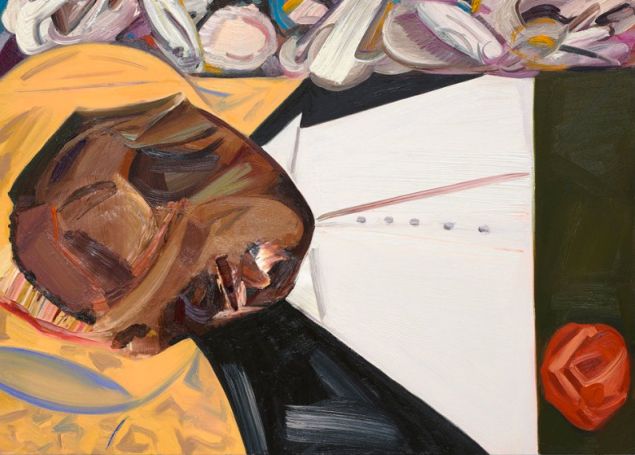 A group of artists and art professionals is suggesting Dana Schutz’ Open Casket, on view right now at the Whitney Biennial, be “destroyed and not entered into any market or museum.”

The abstract painting’s title makes reference to the open casket funeral of Emmett Till, an African-American teenager who was killed by a lynch mob in Mississippi after he was accused of hitting on a white woman. Till’s mother insisted on an open casket at the public funeral, so that the horror of her son’s death was not minimized by social convention. Till’s killers were acquitted by an all-white jury in 1955.

Now, viewers are protesting what they see as the appropriation of the image of an African-American man slain by whites by a white artist.

A letter signed by the artist Hannah Black and more than 20 others, which was sent to the Observer and other media outlets late last night, suggests that the painting be removed from the influential exhibit immediately.

“It is not acceptable for a white person to transmute Black suffering into profit and fun, though the practice has been normalized for a long time,” the letter reads. “Those non-Black artists who sincerely wish to highlight the shameful nature of white violence should first of all stop treating Black pain as raw material. The subject matter is not Schutz’s; white free speech and white creative freedom have been founded on the constraint of others, and are not natural rights.”

Black and her cohort are not alone in their alarm over the piece.

“Sigh … must we go over this again, white people?” asks a blogger on the Root. “The artist used smudges of paint and cuts in the canvas to reflect the brutality of Emmett’s death mask, because obviously what the commentary surrounding a 62-year-old brutal murder of a 14-year-old needs is the voice of a white woman from Brooklyn.”

And this weekend a group of protesters took turns standing in front of the work at the Whitney, blocking its view with shirts that read “Black Death Spectacle,” according to the Root’s report.

Schutz defended the work in a statement provided to the Observer.

“I made the painting Open Casket in August 2016 … at this time, there was renewed attention to the brutal murder and mutilation of Emmett Till, and his mother’s decision to leave his casket open to let the world see what she had seen. Till’s photograph, like a festering wound, felt analogous to the tragic events of the summer. What had been hidden was now in plain view. I don’t know what it is like to be black in America. But I do know what it is like to be a mother. Emmett was Mamie Till’s only son. I thought about the possibility of painting it only after listening to interviews with her. In her sorrow and rage she wanted her son’s death not just to be her pain but America’s pain. I made this painting to engage with the loss. It was never for sale and never will be.”

In January, Carolyn Bryant Donham, a witness in the Till case, admitted that in fact the teenager had not been sexually aggressive towards her as she had testified at the time. She said her husband, who later admitted to the murder, was physically abusive towards her and prevented her from speaking to law enforcement before her testimony. 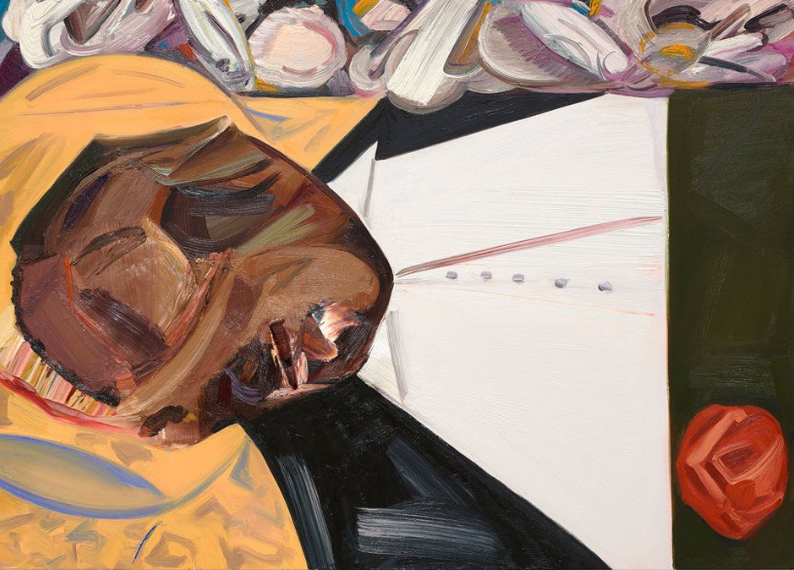