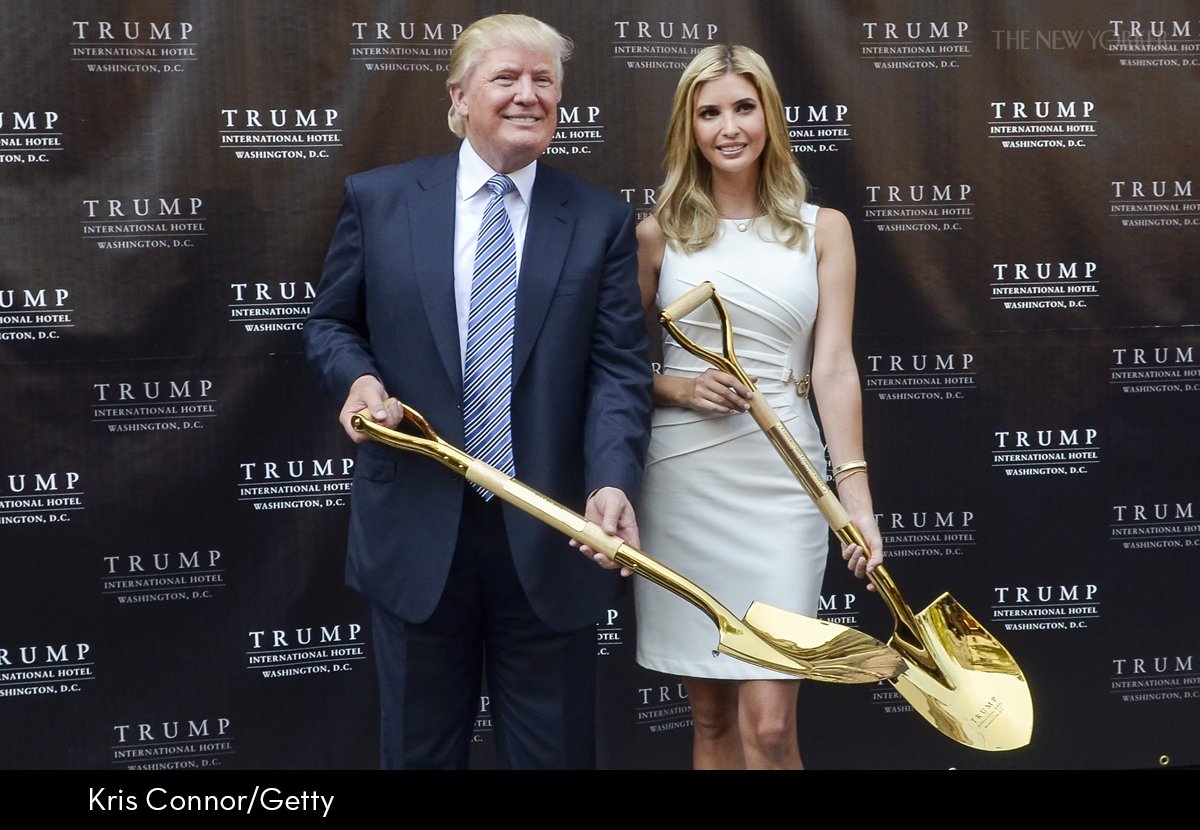 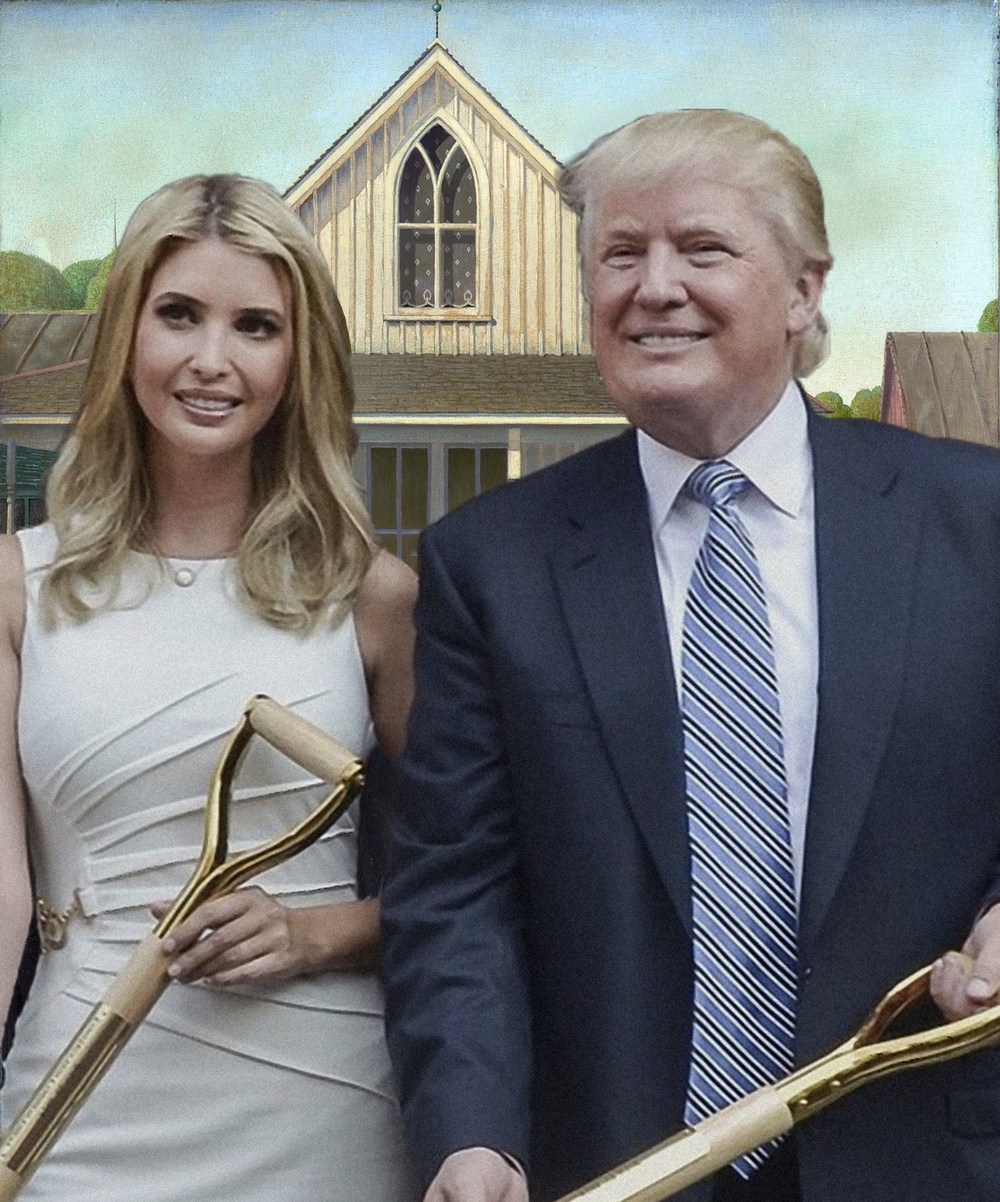 "This is Trump's ideal alternative universe, where Ivanka is either his wife or his daughter."
Reddit/artunitinc 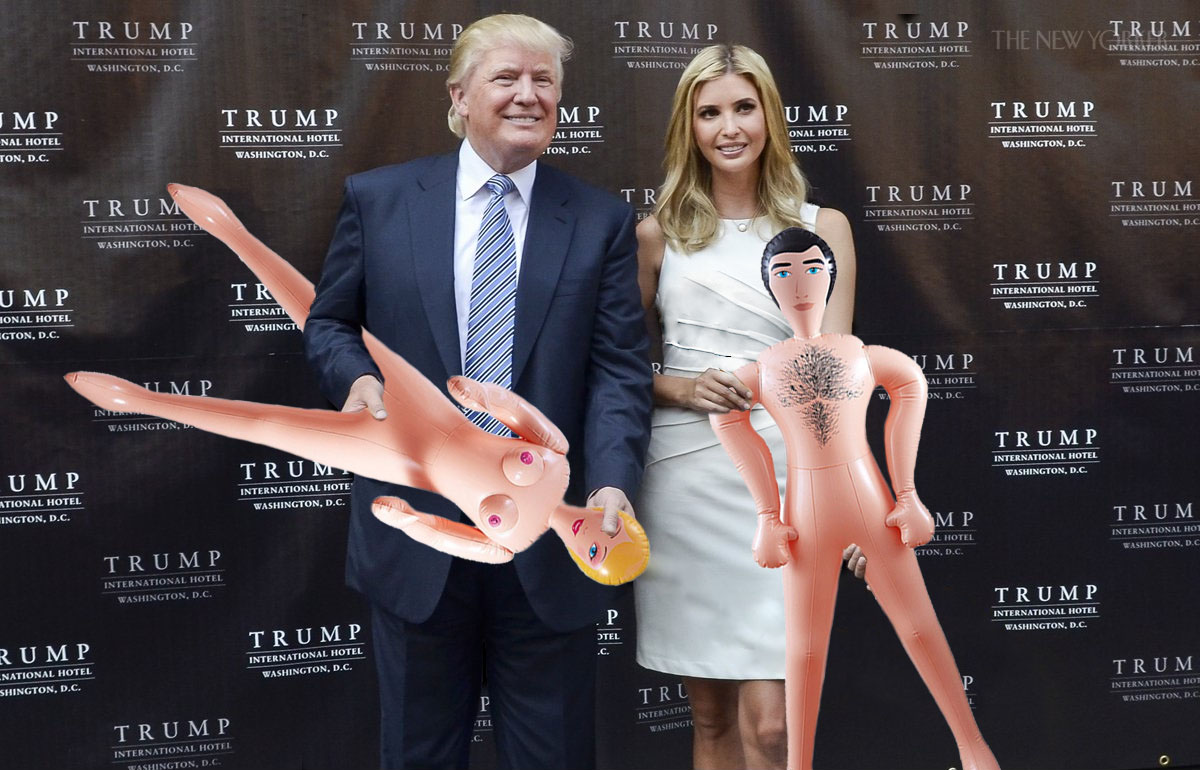 "Is it just me or does the male blowup doll kinda look like Eric Trump?" commented one user.
Reddit/shrippen 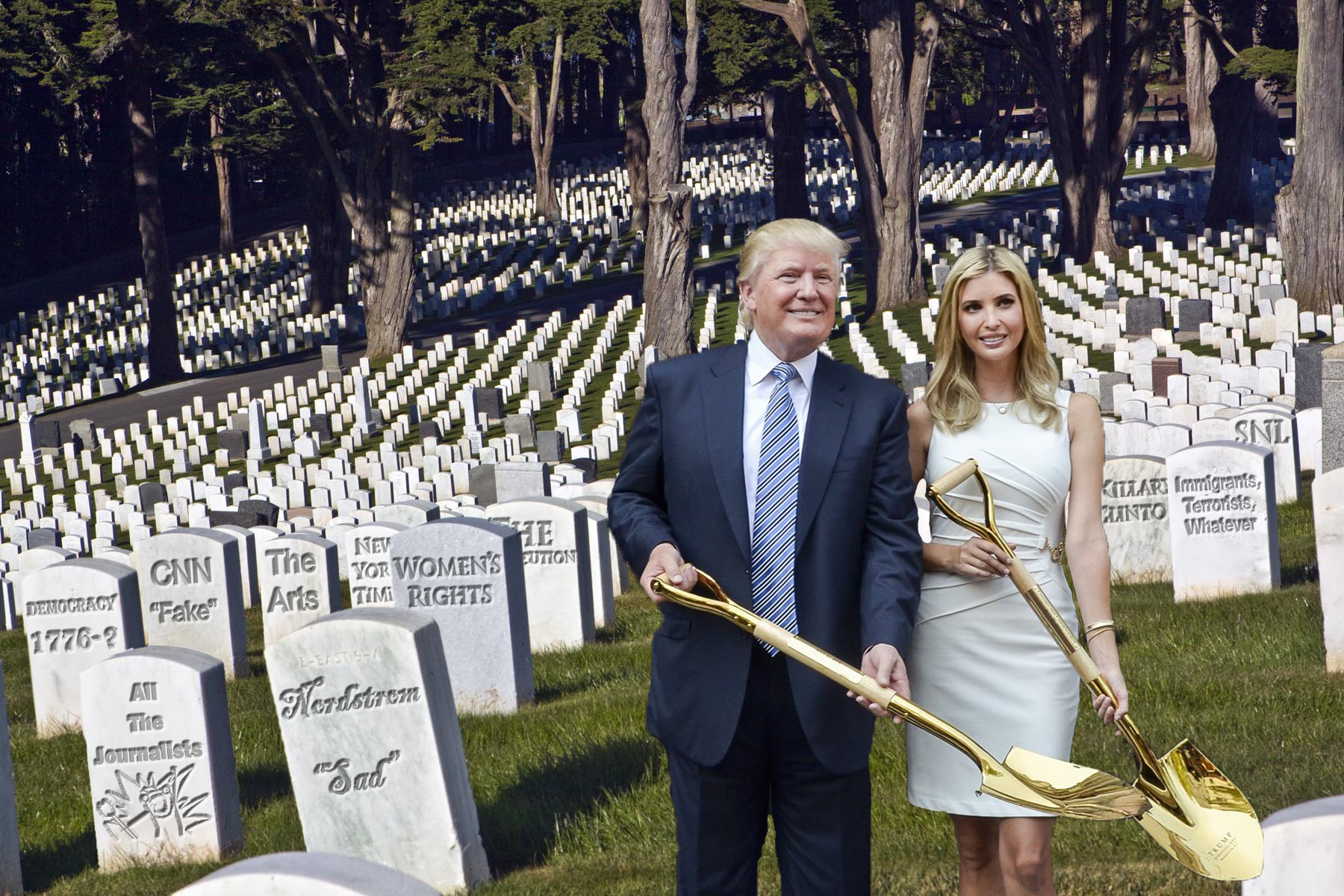 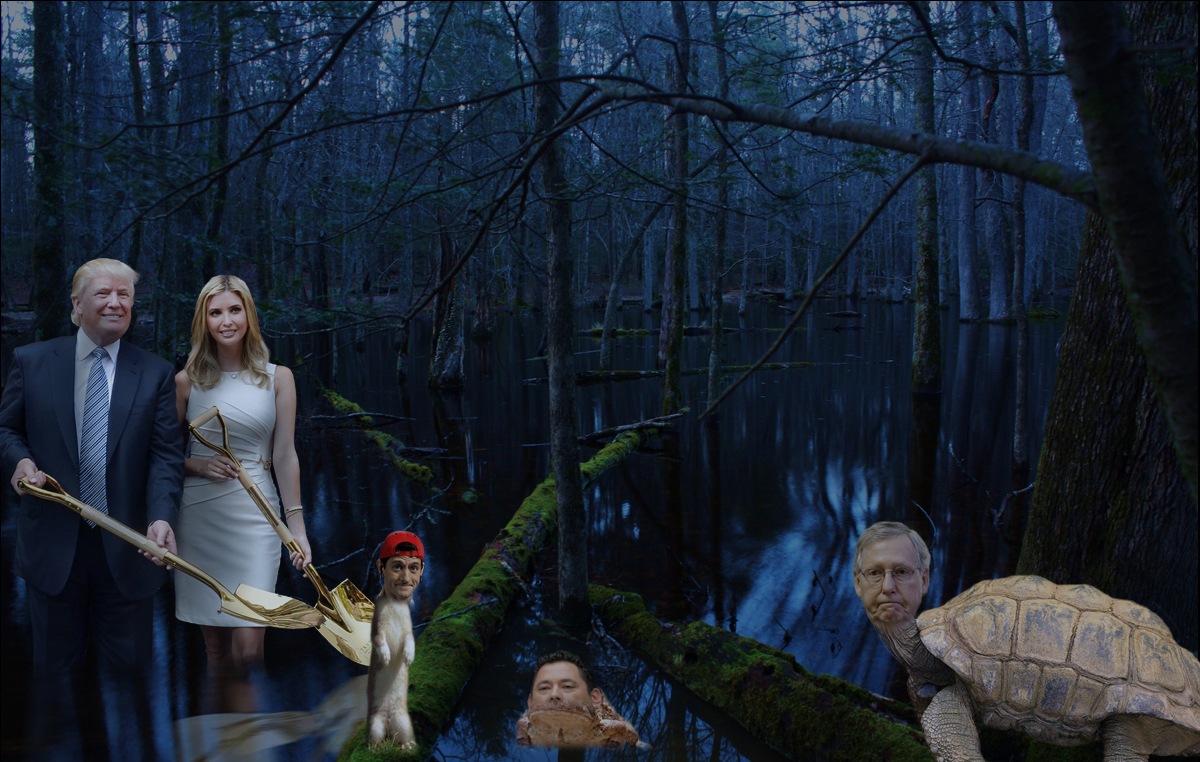 "They brought the wrong tools to drain the swamp, but at least they got a lovely look at the local wildlife."
Reddit/brushbender 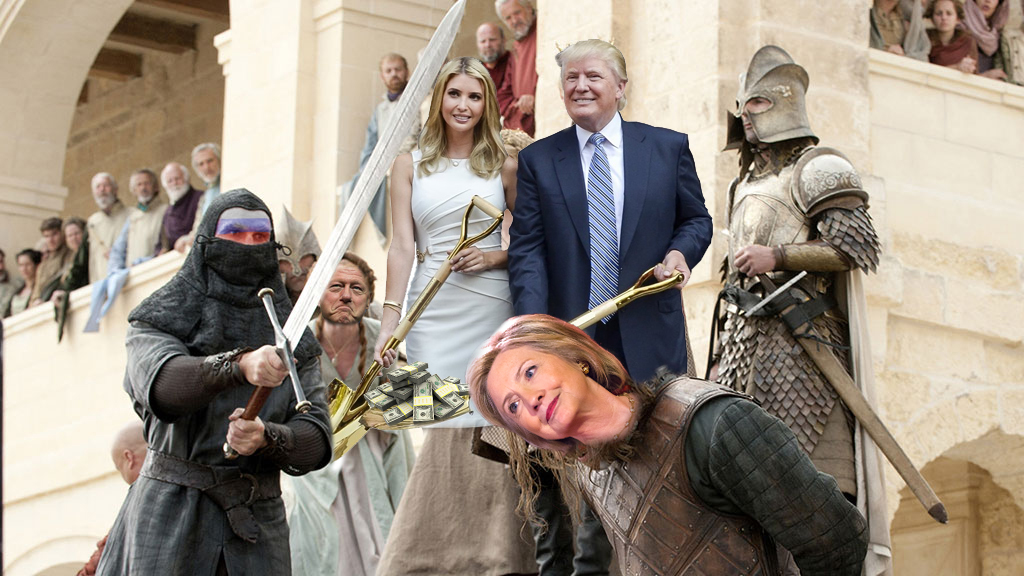 This Redditor's interpretation of a George R.R Martin version of the election was a hot topic for debate. One commenter said, "Awful comparison. Lannister would clearly be Trump. Loves gold, potential for incest, it's all there."
Reddit/HaraldRevery 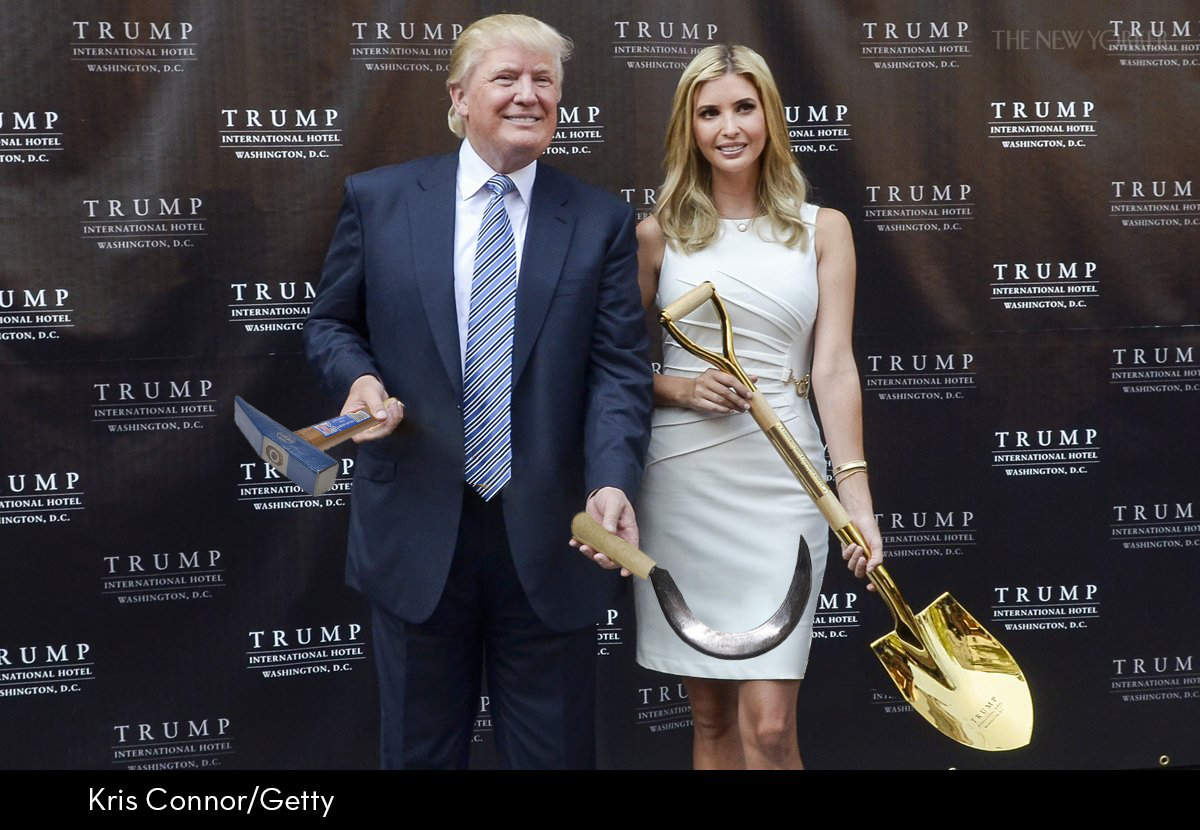 It's titled "Daddy, WTF are you holding?" which prompted the first comment: "I opened this picture expecting a dick."
Reddit/BluePinky
Advertisement 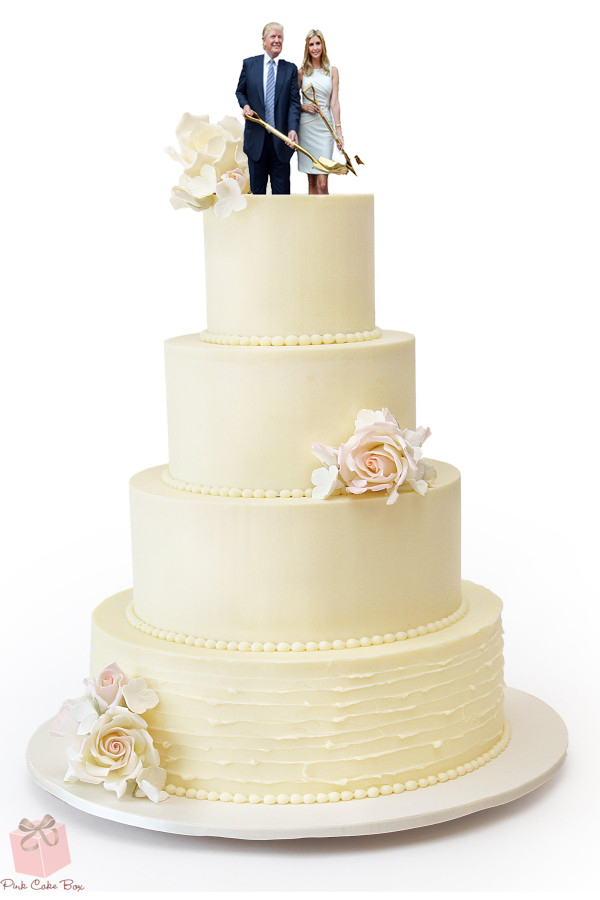 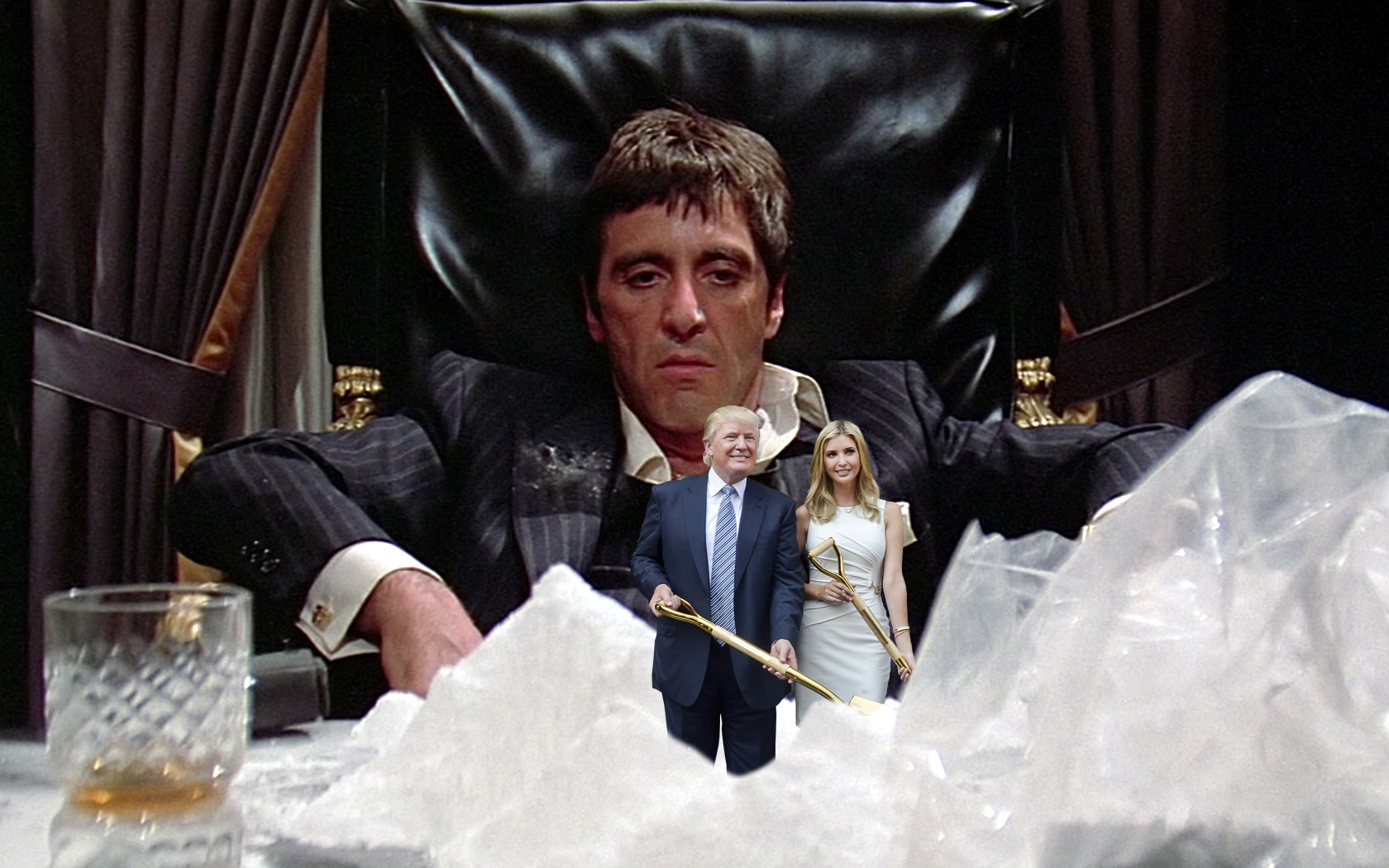 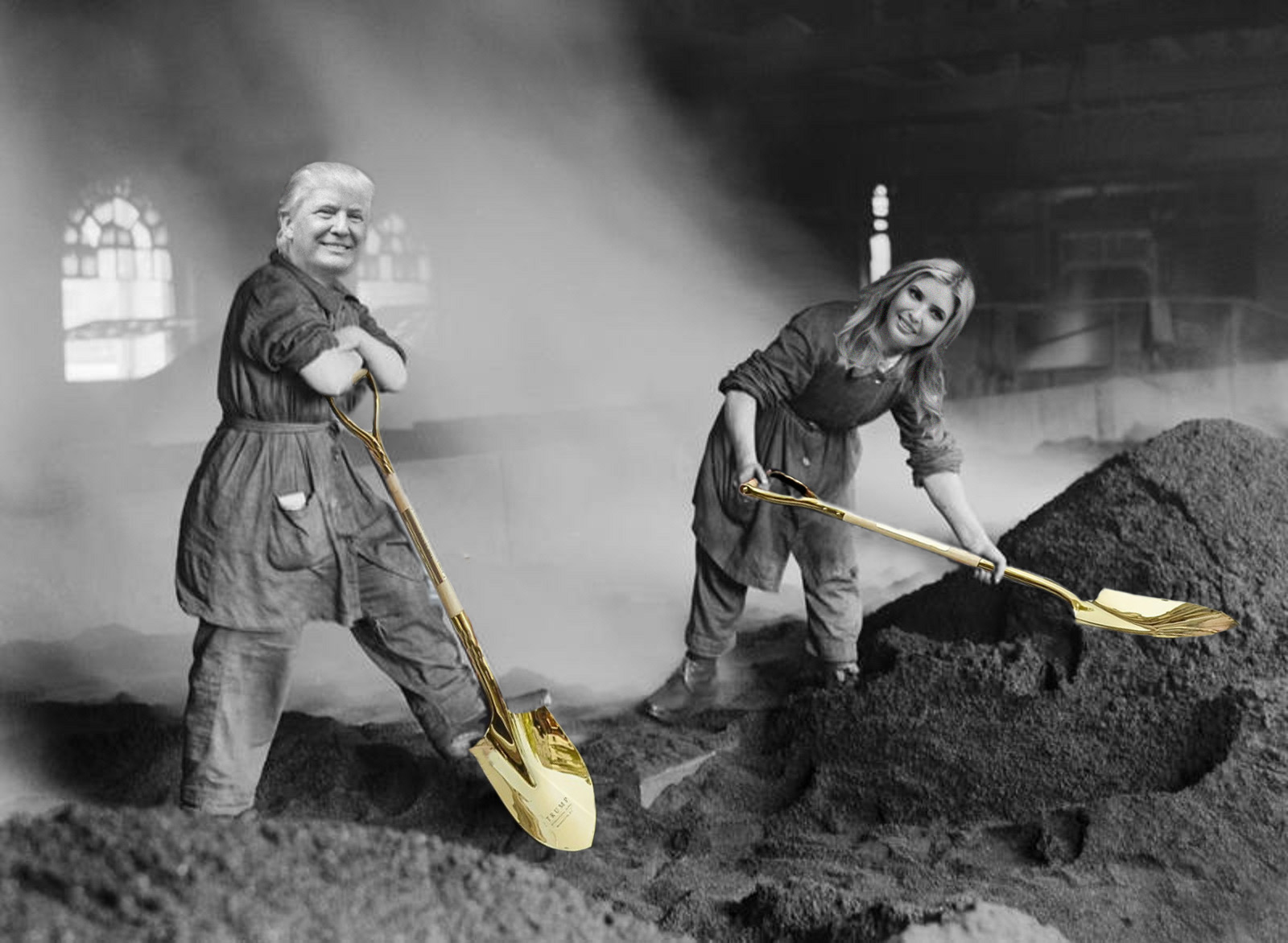 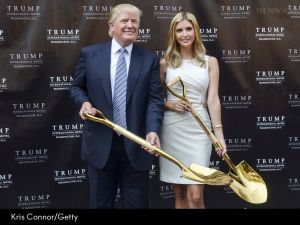 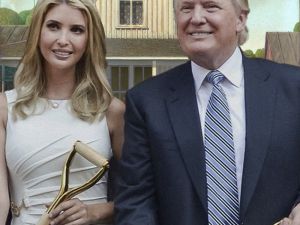 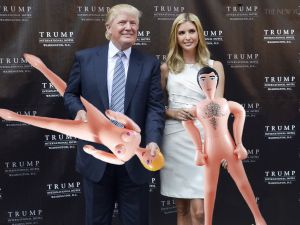 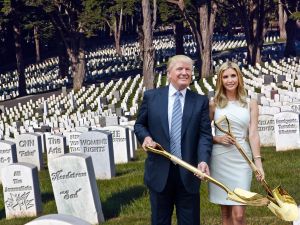 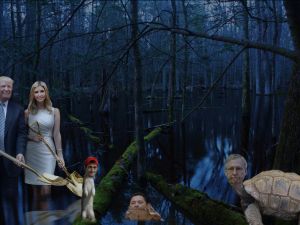 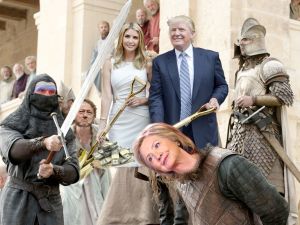 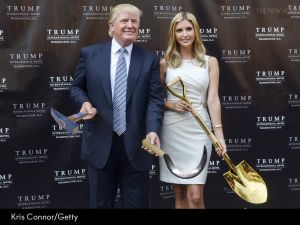 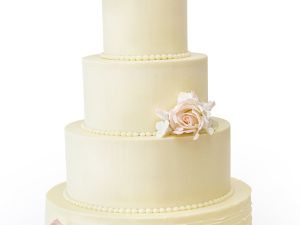 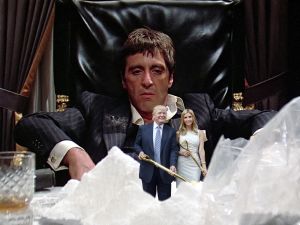 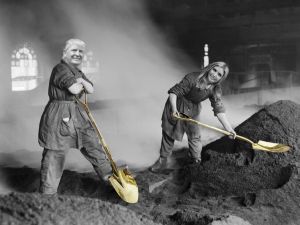 The last few months have proven that Donald Trump’s presidential Photoshop battles have been just as entertaining as the ones during his candidacy—and that’s true for the ones starring his daughter Ivanka, too.

There was this epic Reddit Photoshop battle for a photo of Trump embracing her, and now another of the duo has gone viral on the site. In this battle’s photo, the POTUS and his daughter are holding golden shovels during the inauguration of a Trump hotel.

A shovel and Ivanka in the presence of Trump could take this battle in one of two directions. Of course it went in both of them.

Flip through the slides to see the top Photoshops.