Throughout the six weeks since his inauguration, President Donald Trump has been buffeted by waves of allegations regarding his links to Russia. Leaks about calls to the Russian embassy in Washington led to the embarrassing resignation of Mike Flynn, Trump’s first National Security Advisor, after just three weeks on the job. Further leaks indicated that the Intelligence Community intercepted numerous calls last year, during the election campaign, between members of Trump’s inner circle and senior Russian intelligence officials. For a new White House still finding its way, shadowy Kremlin ties have become more than a mere distraction.

Many in Washington, including at least a few of our spies, think the administration will eventually be overwhelmed by its shady relationship with Vladimir Putin and his unpleasant regime. The president’s ham-handed efforts to dismiss the Russia story as “fake news” have not quieted his critics, by no means all of whom are on the Left. Rumors of unsavory connections to the Kremlin swirled around Trump throughout the presidential race, but neither his rivals nor the media dug as deeply into those allegations as they should have. To compensate, parts of the mainstream media have now gone into overdrive, searching meticulously for proof of unethical and perhaps illegal ties between the White House and Putin.

So far no smoking gun has emerged. But, as someone who tried to shed light on Trump’s questionable Kremlin links long before the election, I’m relieved to see this issue finally getting the attention it merits, but in not every case is late better than never. Allegations of serious misdeeds—espionage and perhaps worse—not supported by hard evidence inevitably smack of trying to overturn a democratic election, ex post facto, by undemocratic means.

It is imperative that we get to the bottom of President Trump’s links to Russia. That country, contrary to our commander-in-chief’s repeated claims, is no friend of ours. In truth, the Putin regime is our adversary, and it opposes American interests wherever and however it can. Not to mention that Russia has several thousand nuclear weapons pointed at us. Moscow in recent years has taken to calling the United States its “main adversary” again, in retro-Cold War fashion, and they mean it.

Dull amateurism matched with naked partisanship constitutes most of what passes for media analysis of this critical issue.

However, it increasingly seems that the Republican-controlled Congress is not up to the task of conducting a rigorous inquiry into the president’s Kremlin connections. Although both the Senate and House Intelligence Committees are running concurrent investigations of Trump’s Russia links, the former’s chair, Sen. Richard Burr, is a strong Trump backer, so it’s worth asking if he can really be as non-partisan as an inquiry of such seriousness mandates.

Worse still is Rep. Devin Nunes, the latter committee’s chair, who is nakedly pro-Trump and who has accused Democrats of engaging in “McCarthyism” in their ardor to investigate the president. Coincidentally or not, “McCarthyism” is the charge leveled at anybody who’s suspicious of Trump’s Kremlin connections by friends of Putin, including the Russian state media. Rep. Nunes’ previous strange obsession—moving as many Pentagon spy offices as possible to the remote Azores, his family’s ancestral home, appears quaint compared to his obvious desire to quash any serious House investigation of President Trump.

This is precisely why an independent special prosecutor, perhaps in tandem with a bipartisan Congressional commission, is needed to get to the bottom of this complex issue. However, it’s too soon to expect that will happen, and it’s plain to see that most Republicans in Congress will follow the White House’s lead here. Until more and worse information is leaked regarding Russia, don’t expect GOP members of the House and Senate to muster sufficient political courage to put country, and our national security, before party.

It must be said that President Trump is greatly helped by his adversaries on this issue. Strategists know that having a cooperative enemy is just about the best gift anyone can hope for, in politics as in war, and Trump has just about the most cooperative enemies imaginable here. After decades of low-balling the Russian threat, when not mockingly denying it outright, liberals suddenly see the Kremlin bear lurking menacingly around every corner. Leftists who castigated American intelligence as the enemies of civil liberties, openly hailing defectors to Moscow like Edward Snowden as heroes, now regard our spies as the saviors of our democracy.

This kind of naked partisanship isn’t fooling anybody in the Intelligence Community, which is skeptical of all partisan politics. Worse, the Left has embraced many White House critics whose sole credential is vehement loathing of Republicans in general and Trump supporters in particular. Many of the talking heads cited whenever the issue of Trump and Russia comes up are self-proclaimed experts, while others are outright frauds (MSNBC is particularly egregious in this regard).

Yet this case, given its importance and complexity, demands real expertise—and it can’t be denied that expertise in general is under attack in our society, as elaborated in an excellent new book, The Death of Expertise. Simply put, you need to know a lot of things to grasp the full scope of Russian spy-games against America and how they impact our politics right now.

You need a deep understanding of Russian spycraft, what Moscow calls konspiratsiya (yes, “conspiracy”), which goes back a century and more. The good news is that Kremlin spy-games have remained remarkably consistent over time; the bad news is they’re very intricate and long-term. Russian intelligence agencies are far more aggressive and risk-taking than Western counterparts and they are much more patient. In Moscow, successful espionage operations are measured in decades, not years.

You also need a deep understanding of how the Russians conduct offensive counterintelligence operations, particularly the recruitment of moles inside the enemy’s spy services. The Trump presidency is one piece of a complex Putinist puzzle which includes the long-term, far-reaching penetration of American intelligence agencies by Russian spies. Here the Snowden Operation forms a portion of a much bigger espionage story which must be unraveled to understand how 2016 happened.

Last, you need a deep understanding of how Russian intelligence disseminates propaganda, what the Kremlin calls Active Measures, against their foes. Particularly important is the use of disinformation, which the KGB and its successors have perfected over decades, and they now can disseminate it quickly and easily online. Above all, what’s required to get to the bottom of the Trump mystery is a well-honed ability to unravel the full scope of interlocking Russian spy-games in their strategic—not just tactical—complexity.

The good news for the White House is that the number of people in the West who can grasp all that is rather small. Even in our Intelligence Community, this specialization is rare and customarily considered somewhat odd. You need to understand the Russian mindset, which means you should speak their language and comprehend how they think. You need extensive knowledge of Kremlin spy-cum-propaganda operations going back many decades. That expertise is hardly ever achieved by scholars, so we’re talking about people with a lot of education but also practical experience in high-level counterespionage against the Russians.

To say nothing of the fact that the Russians routinely use provocateurs and fake opposition to muddy the waters whenever questions arise about nefarious Kremlin activities. Vociferous haters of Moscow and all its works have an odd habit of turning out to be secretly on the payroll of Russian spy services, while the Kremlin has employed provocation on an industrial scale for more than a century to confuse the West in its efforts to understand what the Russians are really up to. Chekists like Vladimir Putin take enormous pride in their seasoned ability to run rings around confused foreigners until they get lost in the vaunted “wilderness of mirrors.”

To sum up, the knowledge required here can’t be obtained by reading a few books and consulting Wikipedia. Neither does partisan hackery help in getting to the bottom of Trump’s murky Russia ties. However, dull amateurism matched with naked partisanship constitutes most of what passes for media analysis of this critical issue, and as long as that continues to be the case the president will skirt the serious inquiry the country needs to unravel Donald Trump’s strange relationship with the Kremlin. 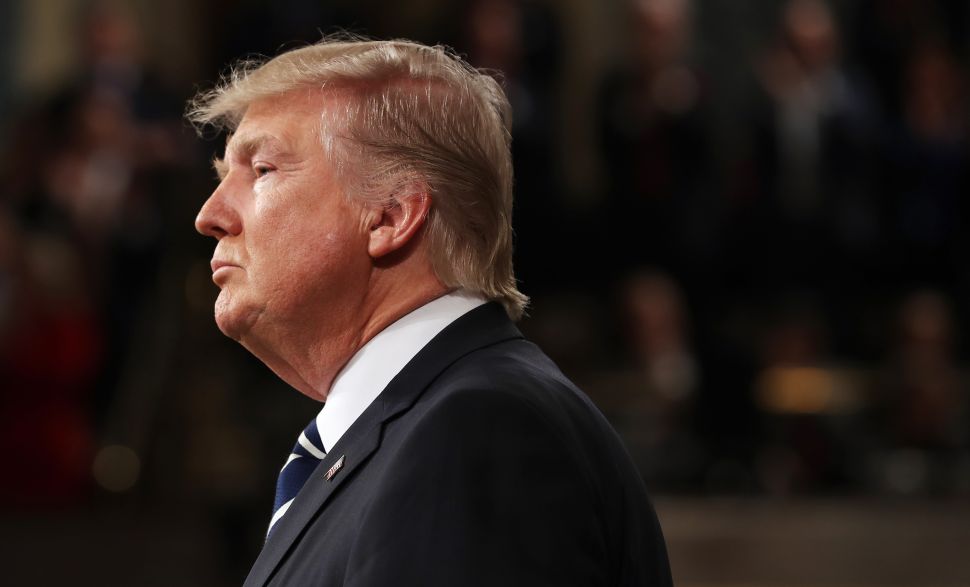