In an op-ed published in Time Magazine on March 17, former DNC Vice Chair and DNC interim Chair Donna Brazile finally admitted to providing the Clinton campaign with questions before a CNN town hall and debate. “Emails revealed that among the many things I did in my role as a Democratic operative and DNC vice chair prior to assuming the interim DNC chair position was to share potential town hall topics with the Clinton campaign,” Brazile wrote. “Sending those emails was a mistake I will forever regret.” Brazile’s apology was half-hearted though; the entirety of her op-ed is a defense of her tenure at the DNC and a continued insistence of the allegations that Russia interfered in the 2016 election. Brazile claimed that she was neutral in the Democratic primaries and provided the Sanders campaign with aid during the primaries as well. She has not, however, released any evidence of this.

Brazile also did not acknowledge that she told The Washington Post before the primaries that she would not be neutral. “Technically, I’m neutral, but neutrality is something that gets you in trouble because you ever notice someone who stands on the white line in the middle of the road? They get run over. And I don’t want to get run over. So, I’m not neutral. I have to tell people that I’m neutral, but I’m ready for Hillary,” Brazile said in the interview. In disbelief, the reporter asked if Brazile knew the recorder was on. In a 2013 interview with ABC News, Brazile claimed that, if Hillary Clinton ran for the Democratic presidential nomination in 2016, “there will be a coronation of her.”

This continued silence is likely because the Clinton campaign viewed Donna Brazile as an insider at CNN, and they have no regret in exploiting her loyalty for political gain. In addition to Brazile’s comments before the primaries pledging her allegiance to Clinton, she was listed as a campaign surrogate in a leaked email, provided the Clinton campaign with a heads up about a potentially damaging story that CNN was running, consulted the campaign about on-air interviews she would be doing about the primary race and forwarded the Clinton campaign information about Sen. Bernie Sanders’ campaign outreach effort. Instead of acknowledging that she repeatedly cheated to help Hillary Clinton, Donna Brazile expressing regret is just a necessary political concession as she seeks to rehabilitate her image now that she no longer serves as DNC interim chair.

Brazile’s exposure of cheating during the 2016 Democratic primaries isn’t the first time she has embarrassed the the party. In 1988, as deputy field director for Democratic presidential nominee Michael Dukakis, Brazile commented, “George Bush owes it to the American people to fess up,” about a rumor that Bush had an extramarital affair in the weeks leading up to the presidential election. Thoroughly embarrassed, the Dukakis campaign fired Brazile before losing Utah in a landslide to Bush. Unlike Dukakis, the Clinton campaign and DNC defended Brazile after it was revealed that she helped the Clinton cheat. CNN fired Brazile in wake of the revelations, but the Democratic Party continued their support of Brazile even after Clinton lost the general election.

Though Brazile and the Democratic Party have avoided accountability for rigging the Democratic primaries in favor of Hillary Clinton by focusing on the Russia narrative, at some point they will need to answer for their corrupt practices. “The Democrats cheated in the primary. They absolutely put their body and thumbs and everything else on the scale and that was unfair—which is why so many Berniecrats were upset and are still upset,” said prominent Sanders surrogate Nina Turner in a recent interview. “I teach college and on the first day of my semester this year I told my students don’t blame it on the Russians when they don’t have their homework. At some point, you have to take responsibility,” she added. “Democrats lost the electoral college. We don’t win elections by popular vote in this country. If we are going to change it, it will take a constitutional amendment. So, Democrats just flat out lost, and they need to stop blaming it on the Russians. Let’s get down to the real business of taking care of the people.” 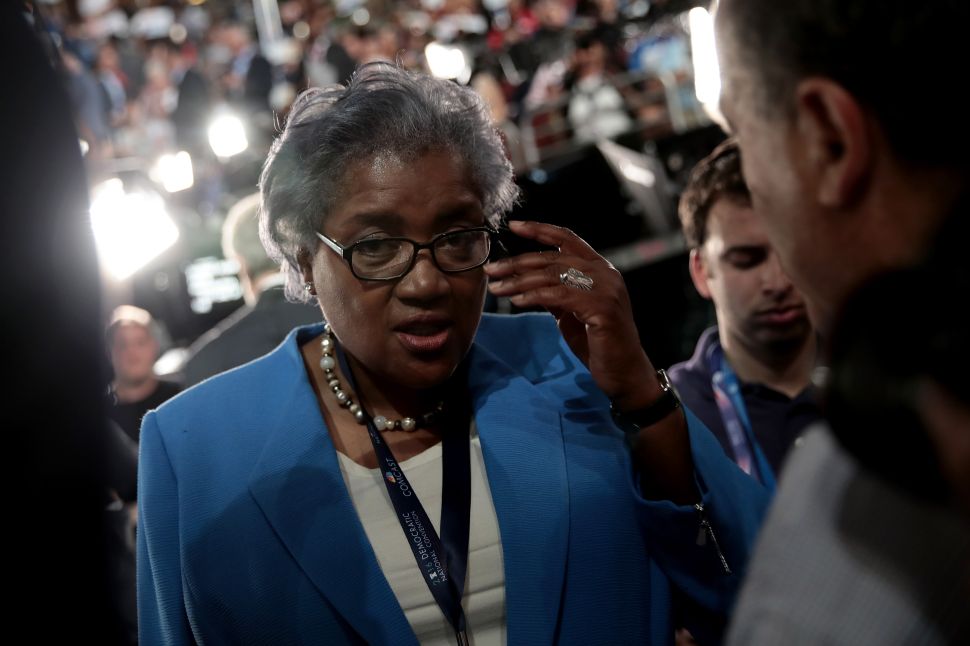