It was all fun and games on Tuesday night when Drew Barrymore hosted the Society of Memorial Sloane Kettering’s Bunny Hop, held this year at 583 Park Avenue and hosted by luxury Parisian children’s designer, Bonpoint. The strollers came in droves full of celebrity kids, including Barrymore’s own 2-year-old daughter, Frankie Barrymore Kopelman, who took part in wholesome fun like face painting and donut decorating.

Chic SoulCyclers got a chance to rub shoulders off of their bikes and out of their designer exercisewear at a party for “Master Instructor” and guru Stacey Griffith‘s book/bible Two Turns from Zero. SoulCycle enthusiasts Jon Tisch hosted with wife Lizzie at The Regency Bar & Grill, alongside fellow fitness buffs Kelly Ripa and Mark Consuelos.‎ Others paying homage to Griffith included Brooke Shields, Christian Slater, David Burtka, and Caryn Zucker, all of whom frequently fork over the doubled class fee ($80) for an hour workout with Griffith. Others, like Madonna, opt to spin with her in private.

Later, John Dewar & Sons hosted a gentlemanly dinner at Chef’s Club to mark the stateside arrival of several vintage scotch whiskys, some up to 25 years old. The evening also served as an impromptu celebration of International Women’s Day as the male dominated crowd toasted to Georgie Bell, the only female whisky ambassador in the world. Bell led the three hour tasting, painting intricate descriptions of each of the single malts alongside John Dewar & Sons North American ambassador, Gabriel Cardarella. The two top tasters were joined by Top Chef winner Chef Michael Voltaggio, who wowed the room with his five-course menu chock full of smoky molecular gastronomy.

“I Want My MTV” blared through the speakers on Thursday night at Great Jones Studio, where MTV Staying Alive Foundation held a preview of 60 artworks, all up for auction on Paddle8 to raise funds in advance of the MTV RE:DEFINE Benefit at the Dallas Contemporary museum. Works by Enoc Perez, Wendy White, Jay Miriam, and Richard Phillips hung on the walls, as the artists themselves schmoozed with the crowd of collectors who were greeted with a floor-to-ceiling work by Phillips in a neon-lit entrance.

“I think one of the best ways to be able to check on the success of a work is to look at it in near total darkness,” Philips said when questions were raised about the dim lighting of his large scale painting from his newest series. “It will reveal at that point any flaws that the work might have, so if it succeeds in near total darkness, then you have it,” Well played sir.

Paul Sevigny brought along his pal Eric Foss to help him lug his crates of vinyls that kept the party going nearly an hour past its anticipated end time when neighbors threatened to call the fuzz. The solution? Decamp to one the Sevigny-owned boîte, Paul’s Baby Grand. 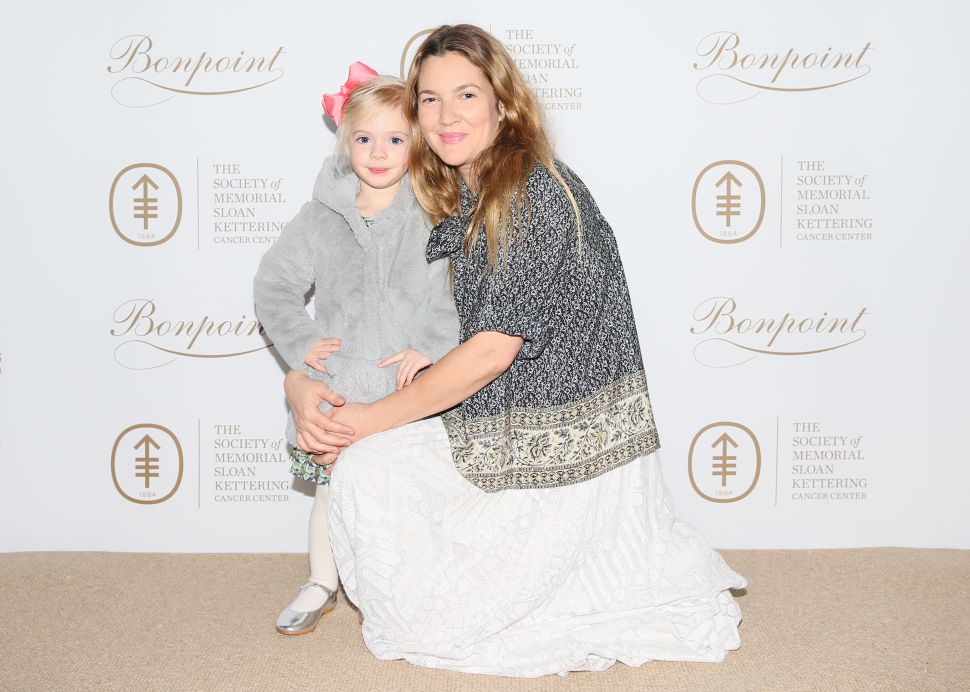