More than 30,000,000 Americans live with any one of over 7,000 rare and often devastating genetic diseases. This week, in observance of the 10th Anniversary of Rare Disease Day, millions of people around the world will meet with policymakers, hold events and use social media to raise awareness about the impact rare genetic diseases have on people’s live. The slogan for this year’s campaign is “with research, possibilities are limitless.”

Indeed, they are. I know.

Biotechnology research and development led to a treatment that has saved the lives of my children from a rare, fatal neuromuscular disease known as Pompe Disease.” It has given my children and thousands of others more than a decade of further life, with hopefully many more years ahead. It has also allowed biotech entrepreneurs and scientists to work toward potentially even better, next-generation therapies.

None of this research would have come to be if it were not for the Orphan Drug Act, which has spurred industry research into medicines for many rare disorders.

When Ronald Reagan signed the Orphan Drug Act into law in 1984, with patient advocates and Democratic and Republican legislators at his side, he said, “I only wish that with the stroke of this pen, that I could also decree that the pain and suffering of people living with these diseases would cease as well.”

The Act’s incentives, including tax credits, research grants and additional patent life, to develop new medicines for orphan illnesses supported an initial surge in drug development. But the law does not guarantee a drug designated as an orphan by the Food and Drug Administration will get to patients more quickly.

For me, the struggle between the importance of innovation and discovery, balanced with keeping lifesaving drugs accessible and affordable, is very real and very personal.

Rather, the reviewers and leadership of the Food and Drug Administration have applied regulations with flexibility and compassion to reduce the time and cost of bringing medicines to market for patients with the greatest unmet need. As a result, there are now more than 400 orphan drugs for a wide range of rare conditions, including hemophilia, HIV, pediatric cancers and metabolic disorders such as Pompe and Fabry disease. The number of orphan drugs approved has doubled since 2001. Since 2014, over 40 percent of all new drugs approved have been for orphan diseases.

Despite these advances, we have more to do to alleviate much human suffering. Today, we stand at an inflection point. There are drugs for only 5 percent of the 7000 orphan diseases identified. So, it is troubling that in recent years, rare disease research is becoming what the Orphan Drug Act sought to change: an enterprise too expensive to justify investment. It takes now orphan drugs as much time to complete Phase III studies (the stage of drug development where efficacy is established) as it does for non-orphans. At the same time, the average clinical trial cost per patient is 14 times higher for orphan drugs compared to those that are not. The FDA’s regulation of the orphan development process is becoming less flexible, less efficient and less patient-centered.

First, instead of using biomarkers –measures of changes in the symptoms or conditions that define a disease and can predict clinical improvement in months–the FDA is demanding longer studies to measure long-term health itself. This is a significant reversal in regulatory behavior. As Ray Woosley, one of the nation’s experts on drug development notes:

“As early as the 1980s, the FDA began working closely with the pharmaceutical industry on innovative ways to develop new drugs for HIV and AIDS. These efforts resulted in average development times as short as 2 to 3 years, while the average for all drugs was growing to 12 years. This experience clearly demonstrates the feasibility of accelerating drug development without taking dangerous shortcuts.”

Yet, the FDA has deliberately added to the time required to evaluate drugs for illnesses as incurable as HIV.

Pirfenidone, a drug for idiopathic pulmonary fibrosis, an incurable lung disease that affects less than 50,000 people a year, provides a telling example of how our country is losing its innovative edge as well as denying those in need a possibly life-saving cure. The drug was approved in Japan in 2008 using evidence from one study. In 2011 it was approved in Europe with the same study and real world data from Japan. The FDA required an additional study, which took two years to complete, before finally agreeing to approve pifrenidone in 2014.

Second, in addition to requiring more clinical trials, the FDA now wants more information on each patient, information that is secondary to the data needed to establish a drug helps patients. In 2000 an average of 96 clinical procedures were performed on each person in a clinical trial. In 2012 the average number was 167.   Most of the increase is related to collecting data that is supplementary and often unrelated to the preferences, needs and burden on patients.

While this may sound like a common-sense step to protect the public, the reality is that it’s already very hard—and expensive—to identify patients with these diseases, which are by definition rare. When the amount of information needed from them nearly doubles, it makes it that much more difficult to encourage them to complete the study.

In 2006 a study of a drug for Hunter syndrome –another rare metabolic disease- demonstrated clear improvement in enzyme levels related to improvement in lung function. The FDA still required a two-year study that collected data on many other biological indicators that were useful but not essential to showing benefit.

Since few physicians treat Hunter syndrome, parents had to travel hundreds of miles to have their children in the study. And since the FDA demanded a randomized trial (where some children got elaprase and the others received a placebo), children who didn’t get the real medicine risked getting sicker because they were denied any treatment for years.

Similarly, my company, Amicus Therapeutics, saw the development of Galafold, for the treatment of Fabry disease, slowed by the same process in the U.S., adding millions of dollars in cost and delaying treatment for years, despite the drug’s approval as a precision medicine in Europe last year. The FDA has declared that the only pathway to availability for Fabry patients in the United States is predicated on yet another study. And while we do that, patients wait. All get sicker. And some will die.

Is it any wonder that the cost of drugs continues to skyrocket? Yet we discuss drug pricing without any transparent analysis of avoidable factors driving the costs of drug development.

For me, the struggle between the importance of innovation and discovery, balanced with keeping lifesaving drugs accessible and affordable, is very real and very personal. I am the CEO of a biotech company that has invested hundreds of millions of dollars in improved treatments and cures for devastating rare diseases.

I am also the father of two children living with rare diseases, and the gift of time is priceless to our family. Small improvements in one’s quality of life – like a teenager preserving enough fine motor mobility to continue text messaging with friends – matter a lot.

Let me be clear: the FDA must always put patient safety first. I understand that we must follow where the science leads us, even if that means pulling the plug on a treatment that was once promising, often after investing heavily in research and clinical development. And efficacy must be shown with all drugs. Indeed, the FDA leadership has made significant strides as of late in applying a flexible model for the review of rare disease drugs. I am particularly encouraged by the science driven and patient focused leadership of Dr. Janet Woodcock, who now heads the FDA Center that reviews and approves all new medicines.

In fact, there are many selfless, dedicated and talented leaders at FDA, but they often face a regulatory inertia that that does not listen to the needs of the patient community. Dr. Woodcock alone cannot win the fight.

We must not lose the spirit, the intent and the benefit of the Orphan Drug Act. We must continue to reward innovation for the treatment of diseases by encouraging the FDA to utilize flexible pathways that are already available and that give physicians, scientists, entrepreneurs and people living with these diseases a fighting chance in the quest to extend and enhance their lives. More than 30 million of our fellow Americans are counting on us. It is worth fighting for.

John Crowley is the CEO of Amicus Therapeutics. His race to develop a cure for his kids’ Pompe Disease was portrayed in the major motion picture Extraordinary Measures. 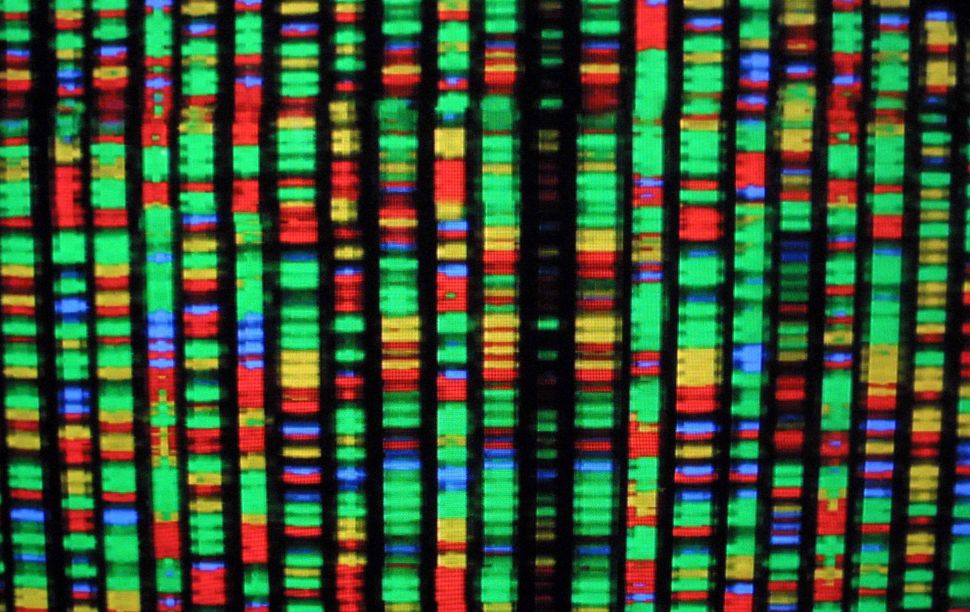