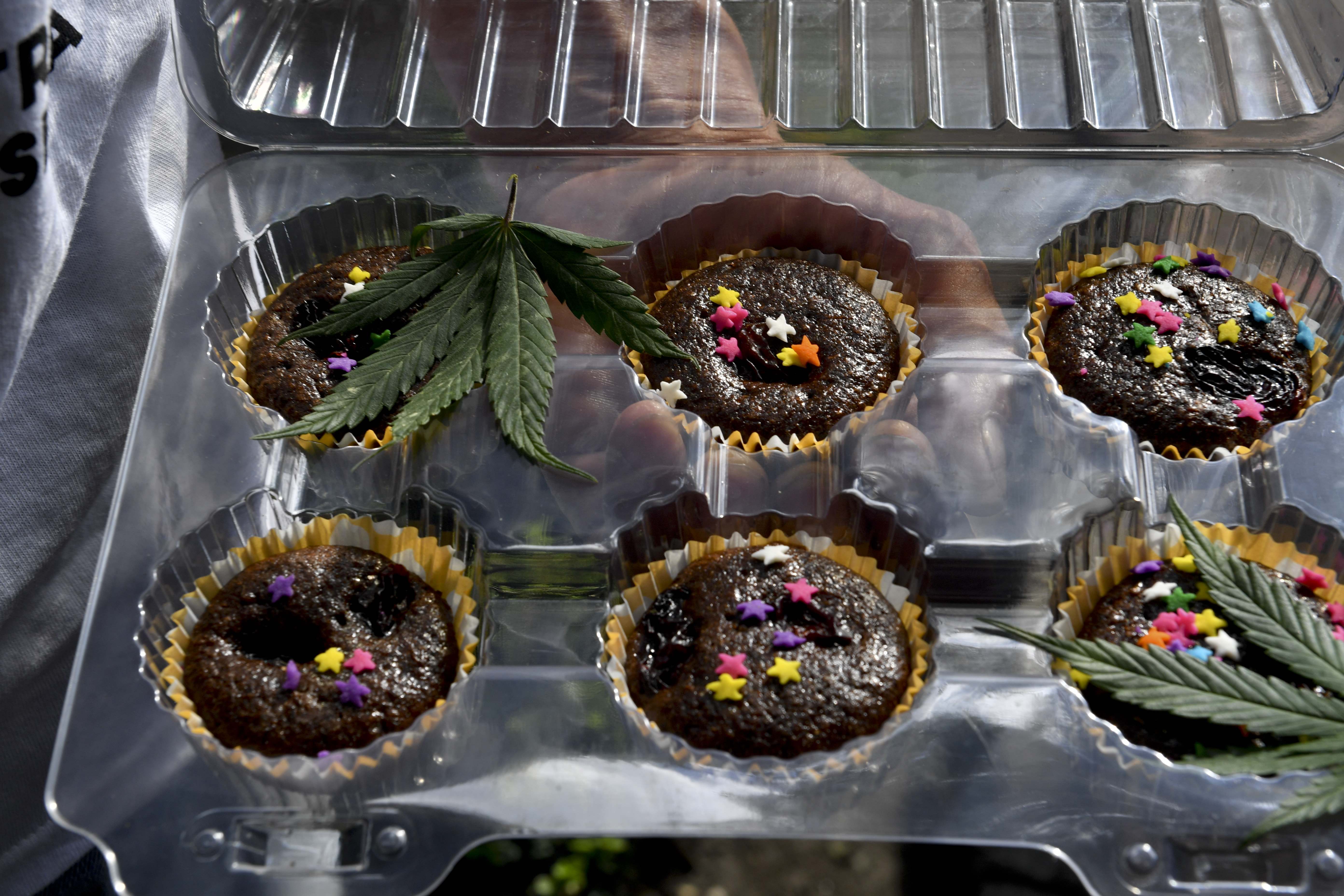 Edibles come in a variety of forms. YURI CORTEZ/AFP/Getty Images

Marijuana-infused foods – often called edibles – are becoming more and more popular in states such as Colorado, where recreational marijuana is sold.

In the first quarter of 2014, the first year recreational sales were allowed in Colorado, edibles made up 30 percent of legal sales. By the third quarter of 2016, that grew to 45 percent.

Edibles come in a variety of forms, from candy and baked goods, to trail mix and even coffee or soda.

As a social and behavioral scientist who studies the prevention of adolescent substance initiation and misuse, the legalization of recreational marijuana has been on my mind a lot lately. The younger people are when they start using substances, the greater the risk for developing subsequent neurocognitive, mental health and further substance-related problems.

Marijuana-infused edibles raise a lot of concerns. Young children may accidentally eat edibles meant to look like candy or other foods, and adolescents may not think edibles are as risky as smoking marijuana.

Edibles are manufactured with varying levels of Tetrahydrocannabinol (THC), the active ingredient in marijuana. They can take the form of almost any type of food, most notably candy and baked goods.

When products are shaped like candy, there is a concern that children will accidentally ingest them. They may mistake these marijuana-infused products for regular food, as they may not be able to read the labels and markings indicating that the products contain THC, or may not understand what the labels actually mean.

A recent retrospective study examined unintentional exposure to marijuana among children who were treated at a children’s hospital and regional poison center in Colorado between 2009 and 2015, the year after it became legal for recreational marijuana to be sold in the state.

Edibles were implicated in over half of the exposures, which included baked goods, candy, and popcorn products.

Teens may accidentally ingest edibles as well. In these cases, though, the concern is that teens may give edibles to their peers without telling them what is in the product.

Risk perception of edibles is lower

My professional opinion is that marijuana-infused edibles will continue to push down this trend in perceived risk among adolescents, as edibles may appear much less risky than smokable forms. In other words, it is a much shorter leap from not using marijuana at all to eating an edible product to get high, compared to the leap between no use and smoking the drug for the first time through a joint or a bong.

Additionally, edibles make it significantly easier for those who are underage to use marijuana covertly, which may make it more appealing. This could potentially increase frequency of use.

The risk of getting caught using marijuana at home or at school may be lower if an adolescent is eating a cookie or candy infused with THC than smoking the drug. That could make this mode of use appealing for teens who may otherwise abstain out of the fear of repercussions associated with “smelling like pot”.

Recent qualitative research found that that some teens did use edibles in school specifically for this reason. Moreover, some of the females reported that they found edibles appealing because using the drug in this manner made them less likely to appear in public as a “marijuana user”.

The size of the dose is one issue, but how it is administered is another. If a drug is inhaled, it is quickly absorbed into the bloodstream and then goes to the brain. This is the fastest way of administering a drug.

The slowest mode of administration is ingestion, such as through pills or food. The drug enters the bloodstream through the lining of the stomach and small intestine, and then has to travel to the brain. This means it can take about 30-60 minutes to feel the effects. Eating a product with a drug in it may take even longer, because the body has to digest it as food first before the substance gets into the lining of the stomach.

A person who is not aware of this delay might eat more after not initially feeling the effects, thinking that the drug will take effect faster, not recognizing the potential harms associated with the increased dosage.

There are also different types of marijuana, specifically sativa and indica. Sativa has a more stimulating, energetic effect, whereas indica has more of a psychoactive and sedating effect. There are also hybrids of the two, if users are interested in a combination of the different effects.

However, research on marijuana has been limited, so not much has been examined with the different types and different strains, especially among adolescents, making it a challenge to understand the full picture.

Like all marijuana, cannabis-infused edibles are not regulated by the FDA. At the moment, polices and regulations about edibles are being drafted by states that are voting to legalize recreational marijuana.

The states with the longest history of legalized recreational marijuana, Colorado and Washington, have the most extensive policies surrounding edibles. As problems associated with the recreational use of marijuana have surfaced, these policies have – and continue to – change.

For example, in response to the increased number of children being admitted to hospitals as a result of ingesting edible marijuana, Colorado enacted a policy in October 2016 requiring that a universal symbol be put on all edible marijuana products to make it clear that they contain THC. In addition, the word “candy” is not allowed on edible marijuana packaging, and manufacturing edibles in shapes that are appealing to children (such as gummy bears) also are banned.

Washington has strict and extensive policies around edibles, including explicit language that needs to be put on labels and packaging. The state also bans images on packaging that would appeal to young children, such as cartoons and toys, as well as edible candy that would be most appealing to young people, such as gummy bears and jelly beans.

California, Maine, Massachusetts and Nevada all voted to legalize recreational marijuana in the 2016 election.

California’s Prop. 64, the ballot proposition for recreational marijuana restricts edibles with a 10 milligram portion size requirement, and additional requirements that packaging be childproof and, as with other states, not to appeal to children.

Maine, Massachusetts and Nevada are drafting legislation to regulate recreational sales of marijuana, including edibles.

Where do we go from here?

As a professional in this field, I understand the desire to offer multiple routes of administration of marijuana, particularly for those who are using it for medical reasons.

However, I believe that edible marijuana, especially in forms that are appealing to young people, is extremely problematic.

Adolescent substance misuse prevention professionals have their work cut out for them, as prevention efforts will have to specifically target marijuana edibles moving forward. Additionally, it is up to policymakers to do everything in their power to make it harder for those who are under 21 to acquire and also consume edible marijuana. This will require a lot of time preparing before the policies go into effect.

Margie Skeer is an Assistant Professor of Public Health and Community Medicine at Tufts University. This article was originally published on The Conversation. Read the original article. 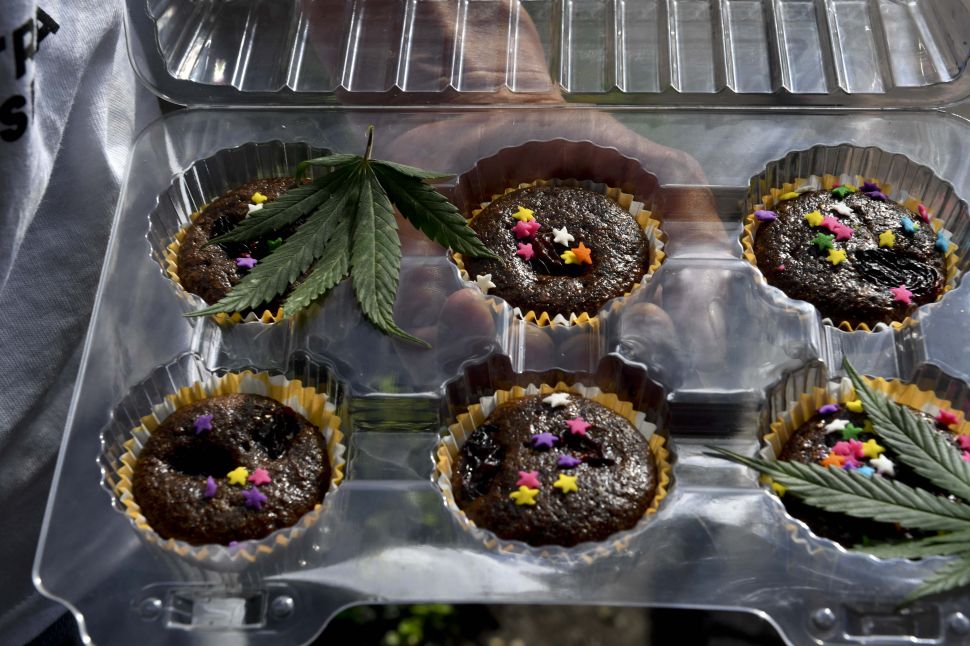