CAPE CANAVERAL, Fla.—The ground shook at NASA’s historic Kennedy Space Center early this morning as SpaceX launched its Falcon 9 rocket. It took off along with a communications satellite for a delivery to an extremely distant orbit. And for the first time in two years, the private spaceflight company did not attempt to recover the rocket by landing it on ground at nearby Landing Zone 1 or at sea on an autonomous drone ship.

The Falcon 9 rocket lit up the former Apollo 11 launch pad 39A (now leased by SpaceX) at 2 a.m. and blazed through the predawn sky to deliver the EchoStar-23 satellite to orbit so that it can provide data services to Brazil. The launch marked the very first commercial satellite mission facilitated at Kennedy Space Center and the second launch for SpaceX on its new pad which is still being refurbished to support future deep space missions and human spaceflight.

SpaceX launches have come with the added drama and thrill of a rocket flying back to Earth for a recovery attempt. And after a few early explosions at sea, they are now regularly and safely bringing the Falcon 9 home to live another day. For this morning’s mission, though, the first-stage of the rocket was discarded into the Atlantic ocean—a throwback to how it’s been done since the early days of the space industry and how it’s still done by any aerospace company that isn’t SpaceX.

The reason? There simply wasn’t enough fuel left in the tank for a return trip. The EchoStar-23 satellite is a heavier payload than usual for SpaceX weighing in at around 12,000 pounds and its final placement is geostationary transfer orbit—a destination over 22,000 miles above Earth’s surface.

These performance factors required the Falcon 9’s first-stage booster to use its maximum propellent haul. “We have to use every bit of fuel we have on stage one in order to go higher and faster,” said SpaceX during their live broadcast. “We’re actually going approximately mach 30, so that’s really, really fast and that speed and that height leaves very little propellent in the tanks. Not enough for a precision landing.”

The Falcon 9 used for this morning’s mission was noticeably different from what we’re used to seeing fly out of the spaceport. It had no fins to guide it back to Earth, no legs to stand on, and according to SpaceX, no recovery hardware. The doomed Falcon 9 was one of SpaceX’s final expendable rockets. The company is designing another version to promote reusability.

“Falcon 9 Block 5—the final version in the series—is the one that has the most performance and is designed for easy reuse, so it just makes sense to focus on that long term and retire the earlier versions,” said Elon Musk in an AMA on Reddit. SpaceX will also utilize its upcoming Falcon Heavy rocket for larger payloads and farther deliveries. That vehicle is essentially three Falcon 9 boosters strapped together and according to Musk, it will be the most powerful rocket in operation by “a factor of two.” Upon launching the Falcon Heavy from 39A, SpaceX intends to recover all three boosters.

SpaceX has been working toward full reusability of its Falcon 9 for years and has so far successfully recovered eight of the launch vehicle’s boosters after orbital missions. Three times on land at Cape Canaveral’s Landing Zone 1, four times on the Of Course I Still Love You autonomous drone ship parked off the coast of Florida, and once on the west coast drone ship, the Just Read the Instructions.

Elon Musk started SpaceX in 2002 with the vision of making space travel cheaper and sustainable. The approach was to not throw away state-of-the-art launch vehicles that cost upwards of $30 million each. Musk believes this is the key to making our species multi-planetary. SpaceX’s architecture for building the first human city on Mars, rests heavily on the company’s ability to perfect the “flight-proven” rocket.

In short, SpaceX’s Mars-bound Interplanetary Transport System requires the technology to be relaunched back to Earth or to further destinations in the solar system. Until then, SpaceX needs to reuse rockets to make more money—money they’ll need to literally begin building a new world and transporting its inhabitants to live there.

The real test for SpaceX will be actually flying one of these recovered rockets. They plan to do so on their very next mission. Before the end of the month, SpaceX will load the SES-10 telecommunications satellite atop a recovered or “flight-proven” Falcon 9 rocket and launch it from Pad 39A at Kennedy Space Center. This has never been attempted in aerospace history, and of course, SpaceX will try to recover it again following delivery of the payload to orbit. 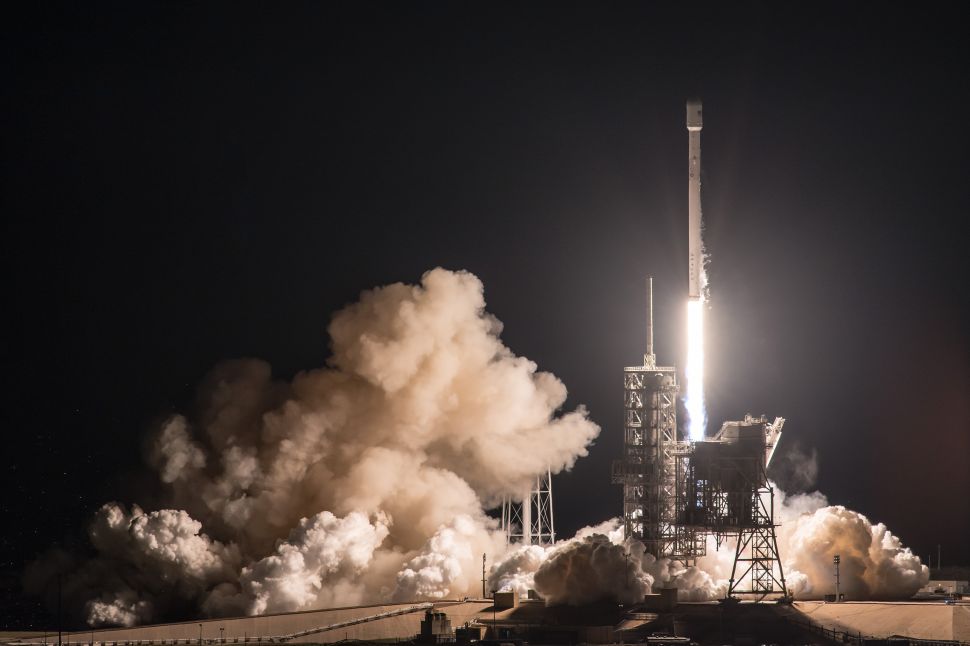