In October 2010, United Nations Peacekeepers from Nepal infected Haiti’s most significant river system with cholera, inciting the first cholera outbreak in the country in over a century. So far, the epidemic has taken over 10,000 lives, and some estimate that the disease has infected up to 800,000 people. Those who caused the outbreak—and covered it up—have not assumed assumed responsibility, including the United Nations and several government agencies under the Obama administration, such as Hillary Clinton’s State Department.

Slate’s Jonathan Katz reports, “Nepal hadn’t invaded Haiti on its own: Its troops were part of a multinational force created by the Security Council, specifically at the behest of the George W. Bush administration in 2004. For the 13 years since, it has remained in Haiti largely to carry out U.S. policy—at a discount.”

President Donald Trump’s ambassador to the United Nations, Nikki Haley, ducked questions about the outbreak in her confirmation hearing, as did Obama’s UN ambassadors during his presidency. The United Nations formally apologized and proposed a plan to curb the outbreak. However, its members—including the United States—refuse to provide the necessary funding for the plan.

New emails obtained from the Center for Disease Control reveal that they suspected the origin of the outbreak was UN Peacekeepers before news of the outbreak was even reported in the press. In the emails, officials exercise damage control to prevent backlash in Haiti toward the UN presence, citing concerns from the National Security Council, which was chaired by Obama at the time. The National Security Council spokesperson refused to respond to Katz’s request for comment and the State Department refused to disclose when or how they became aware of the outbreak’s origin. It would take six years for the United Nations to finally admit they were responsible.

The cholera outbreak occurred less than a year after Haiti was devastated by a massive earthquake that killed over 100,000 people. The United States was already deeply involved in Haiti and funding an important election in the country, which the United States has been criticized for repeatedly. In 2011, Hillary Clinton flew to Haiti as secretary of state and insisted that the current president of Haiti step down in favor of the U.S. backed candidate, Michel Martelly. Bill Clinton was selected to serve as Haiti’s special envoy for the United Nations, and his chief of staff was initially selected to serve as Martelly’s prime minister.

Katz cited that officials at the Center for Disease Control intentionally cast doubt as to the origin of the outbreak and refused to conduct any investigation to confirm its source. Meanwhile, UN soldiers destroyed evidence before other scientists could investigate it. The State Department, under the control of Hillary Clinton, told Katz, “U.S. government has not taken a position on the validity of the underlying claims in this particular case.”

In 2011, victims and families petitioning the United Nations to fight the epidemic were ignored. Federal judges in the United States threw out a lawsuit against the United Nations over the organization’s absolute immunity from legal process, as stipulated by a 1947 treaty. The United Nation’s inaction was cited by a New York University professor who Katz interviewed as legal advice coming from the State Department.

The United States’ poor response to this epidemic—not to mention the controversies surrounding the Clinton Foundation—have earned the Clintons a poor reputation among Haitians, including the population of roughly 200,000 Haitian born immigrants in the South Florida area who predominantly support Democrats. Though many misleading claims have circulated about the Clintons‘ involvement in Haiti, the foreign policy that Hillary Clinton championed during her tenure as secretary of state, in which she viewed reconstruction as a business opportunity, contributed to Haiti’s problems. Millions of dollars in relief funds went to international non-government organizations and international contractors instead of Haitian citizens, Haitian contractors and Haitian government. The relief effort exploited the disaster by divvying up funds among corporations. In October 2016, ABC News reported that an Old Navy factory that the Clintons brought to Haiti fell short of its promise of jobs, became riddled with labor abuse, and the firm that helped fund the project “became a Clinton Foundation donor and its owner invested in a startup company owned by Hillary Clinton’s former chief of staff.” A separate investigation by ABC News found that top Clinton Foundation officials prioritized offers of relief assistance based on who was friends of Bill Clinton’s.

“Hillary Clinton once hoped that Haiti would be the shining jewel of her foreign policy,” wrote Jonathan Katz for Politico in 2015. “But far from transforming this poorest of countries, many of the Clintons’ grandest plans and promises remain little more than small pilot projects—a new set of basketball hoops and a model elementary school here, a functioning factory there—that have done little to alter radically the trajectory of the country. Visiting some of their projects over the course of an April research trip affirmed as much about their tenuousness as about the limited benefits they’ve provided. Many of the most notable investments the Clintons helped launch, such as the new Marriott in the capital, have primarily benefited wealthy foreigners and island’s ruling elite, who needed little help to begin with.” 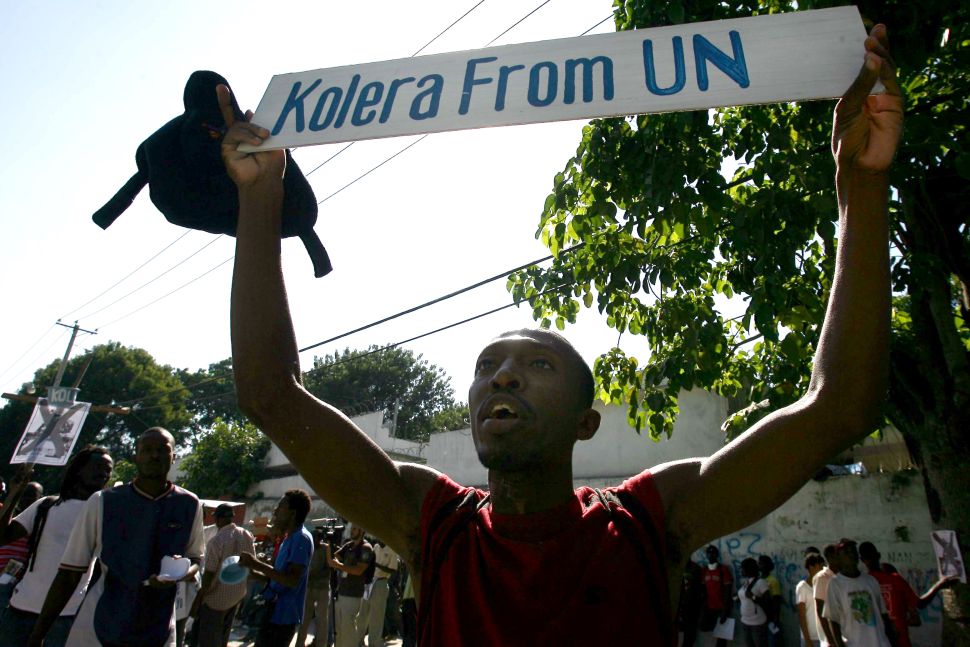