Feminism and women’s rights are often hijacked by Hollywood, corporations, celebrities and elites as a public-relations tool, who use it to portray something as an insightful or revolutionary step toward equality for women. In reality, these appropriations are not feminist. Rather, they embody the elitism that hurts feminist causes.

Recently, Beauty and the Beast, which stars Emma Watson, has been transmogrified into an empowering feminist story, as op-eds in Los Angeles Times and other outlets claim. In truth, even the title of the film is anti-feminist by dubbing the main characters of the film as caricatures of destructive gender stereotypes: “beauty” as the stereotype for femininity and “beast” as the alpha-masculine stereotype of men. Imagine if the gender roles in Beauty and the Beast were reversed. An audience would view it as a horror film—something more like Stephen King’s Misery—not a romantic fairy tale. Despite the anti-feminist title, Watson and several neoliberals are purporting that the new version puts a “fresh feminist twist” on the inherently problematic Disney version that portrays a fairy tale romance as a product of Stockholm Syndrome. The changes in this new adaptation are just tweaks to the gender stereotypes of the protagonists, Belle and the Beast, that do little to address the misogynistic narrative.

In the latest version—which is directed, produced and written by men—Belle’s traditional gender role as a subservient, domestic worker are touted as “revamped” by Belle’s innovative ingenuity, because Emma Watson is also an “inventor.” Her invention is a washing machine, which Emma Watson insisted they write into the script. This invention still confines her talents and intellectual capacity to domestic duties, a restriction historically forced on women while men are generally encouraged to pursue whatever they want. “Yeah, we made Belle an inventor,” Watson told Vanity Fair in an interview, despite the fact that Belle’s invention was to create a shortcut to her chore of washing clothes.

When Belle is faced with the ultimatum of freeing her father in exchange for her own imprisonment, the prevailing argument from Watson and others who assert that the film is feminist is that Belle’s decision is made independently, as though any decision is made independently and therefore feminist. They fail to acknowledge the internalized fallacy as to why a woman would choose to imprison herself as a sacrifice for her family, or in this case her only family member, her father.

As a prisoner, Belle initially develops friendships with the castle’s anthropomorphic material possessions, the Beast’s cursed servants who coach the Beast to curry Belle’s favor. These living household items place the burden of the Beast’s curse on Belle by telling her that they need her to break the curse. Belle tries to escape but is stopped by a pack of wolves. The Beast absolves himself of blame for her imprisonment by saving her, despite not freeing her until later in the movie. Once Belle is freed, she is imprisoned once again, this time for defending the Beast instead of her father. Her loyalty is eventually rewarded with an aristocratic paradise complete with a prince, a castle and a hoard of servants. The ending includes all of the quintessential archetypes of a fairy tale ending, but in no way provides the feminist breakthrough that Emma Watson and others are claiming it to be.

It would be beneficial for filmmakers to remake Disney movies that perpetuated sexist stereotypes into films that provide healthy portraits of women, but this adaptation of Beauty and the Beast fails to do so. Instead, feminism is hijacked to dispel the story’s sexist qualities so that the film industry can profit off a remake of the film without losing potential audience members due to criticisms of misogyny in the outdated story. 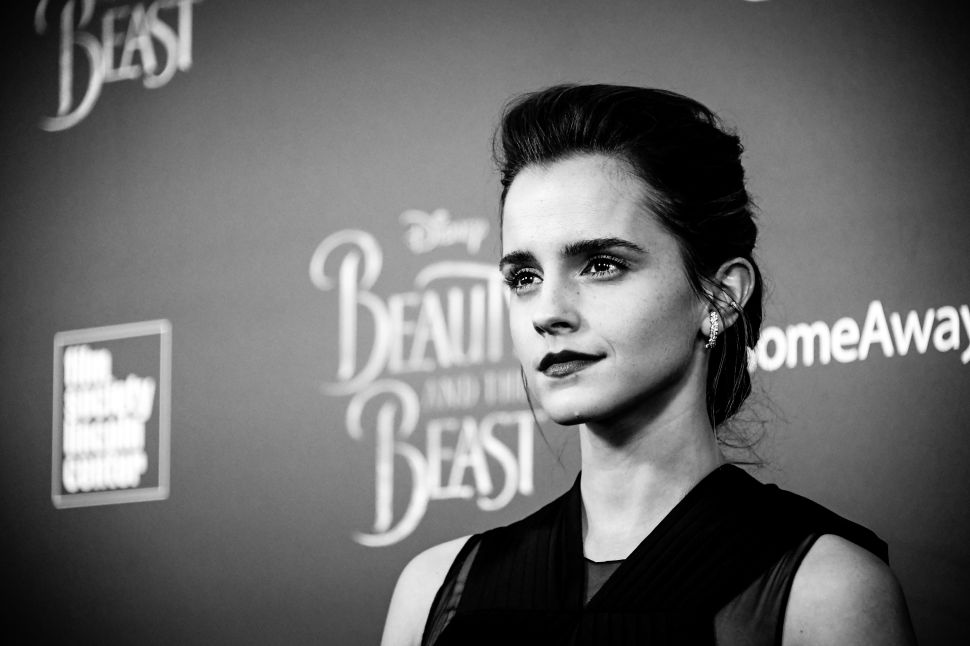