Episode three of Feud opens with Joan Crawford demonstrating some tough — and unusual — love with her twin daughters that she forces to wear large white bows in their hair. Joan Crawford is feuding with her children now. It’s time to Feud.

Aldrich and Bette Davis agree that they shouldn’t ever have sex again (so we know they definitely will.) Davis and Crawford exchange some parenting advice and agree to get drinks after filming. “This is a bad idea,, ” I say at the television, but neither of them can hear me. However, drinks don’t go all that horribly. Crawford tells Davis about her cold, absentee mother and knocks the wind out of Davis — and everyone watching at home — with an absolutely chilling and disturbing story about her stepfather (Jessica Lange is whole other level in this exchange.) Davis, on the other hand, had a relatively good relationship with her mom, who she describes as her only true female friend. Truth be told, Sarandon and Lange are both excellent in this scene.

There’s a hilarious montage of Bette Davis rehearsing lines with her daughter B.D. (who Davis has decided should be in the movie.) B.D.’s talent as an actor is nonexistent, and her lines are stilted and painful. Sarandon’s facial expression during this is the highlight of the episode.

Davis and Crawford have a big fight (they’re always fighting!) about who should be submitted to the Academy as Best Actress vs. Best Supporting Actress and this all seems a little premature given that they’re only like two weeks into filming “What Ever Happened to Baby Jane?” and horror movies don’t have a strong track record of winning Academy Awards.

There’s a montage of Crawford and Davis constantly interrupting the filming of their scenes with petty bickering. If the entire show was nothing but this it would be five times as good. Davis has a nice visit with her gay co-star Victor Buono in which Victor thanks her for being supportive of gay men in the industry like him. Davis still manages to say some awkward and insensitive things.

Crawford goes wild shit-talking Davis to Hedda. There’s a scene where Davis gives Aldrich a Coca-Cola which made me laugh really hard for whatever reason (the recurring Pepsi theme continues to be one of my favorite things about Feud.) Crawford confesses to Hedda that she actually hates the movie and might just be in it for the money.

Hedda then hilariously goes right to Davis with what she heard. Hedda tells Davis she hears Davis has been terrible to Crawford on the set (because Crawford told Hedda this) so Hedda tries to get Davis’ side of the story. Hedda really wants Joan Crawford and Bette Davis to hate each other. She fails at th but does manage to get Davis to accidentally shit-talk her own daughter’s terrible acting right in front of her, so there’s that.

Victor (played by Dominic Burgess who’s really great in this role, by the way) gets arrested hooking up with a man at a theater and calls Davis in the middle of the night to bail him out, which Davis does. Jack Warner does not like the ending of “What Every Happened to Baby Jane?” and forces Aldrich to refilm it with a budget out of his own pocket.

The episode ends with Crawford, who has been seriously missing her twin daughters, attempting to adopt an orphan and being rejected by the orphanage, not because she’s single, but because she’s too old. Davis calls her special needs child at school, but she’s unable to hold a conversation. Crawford and Davis reshoot the ending of “What Ever Happened to Baby Jane?” on a sound stage, which director Gwyneth Horder-Payton wisely shows almost in its entirety.

This was, absolutely, the best episode of Feud so far with some wrenching scenes and a quietly devastating final ten minutes or so. I think I’m a fan of Feud now. 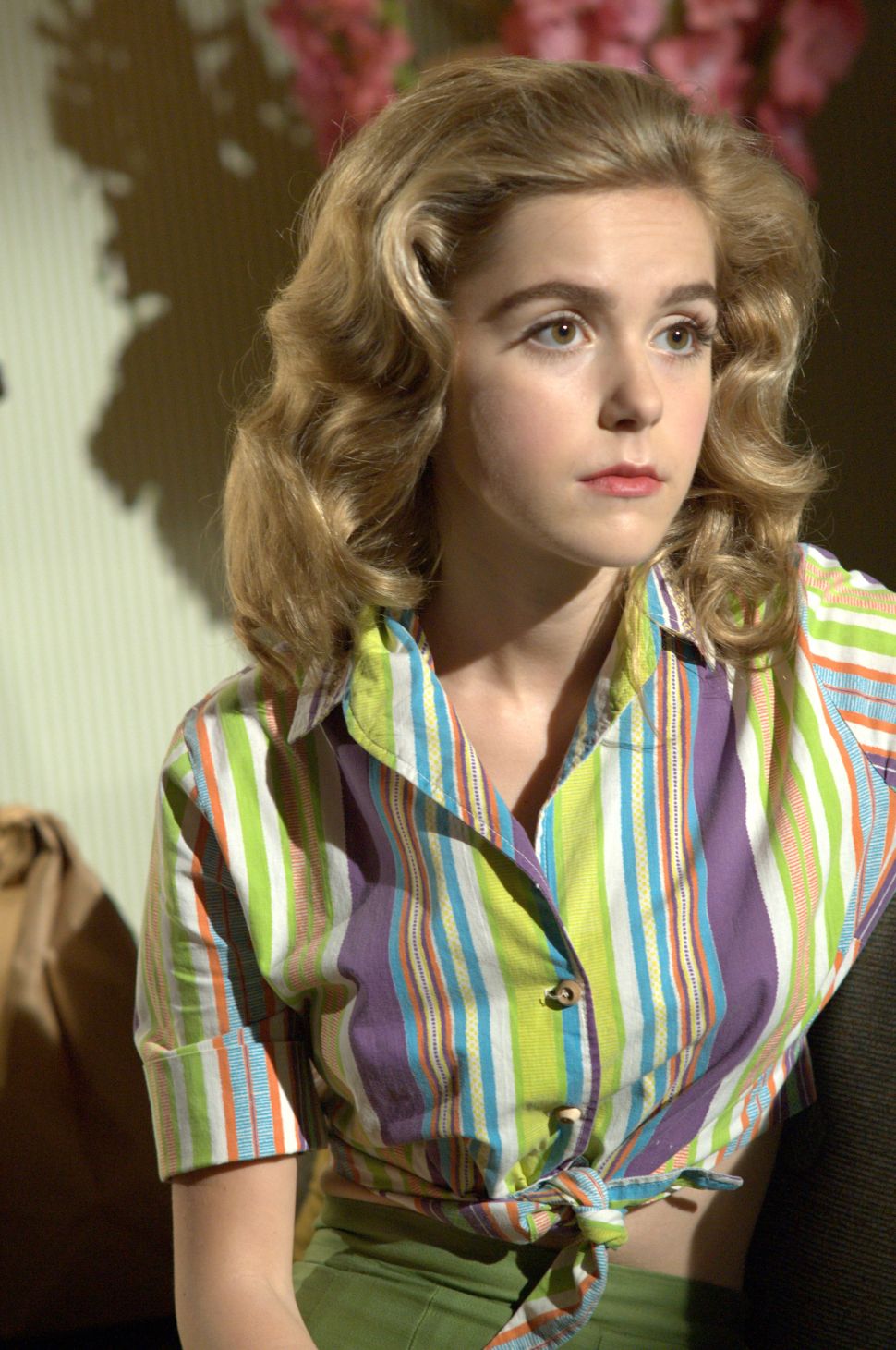