In 2004, through her cult-classic pop bop “Rumors”, Lindsay Lohan sent a mass message to our paparazzi driven world, “I would like it, if you take the cameras off of me. Can you please, respect my privacy?” More than a decade later since her plea, the generation of children who will have no problem telling you “I would like it, if you keep the cameras on me,” watched Lohan’s very public downward spiral on their computer screens and saw a “glamor” to it, a kind of cool currency and attention they aspired to achieve in their own personal life, but never had any tools to televise this look to the world. Now, most of these kids are now all ripe in early 2000s hedonistic party girl mode—they see a fashionable look to this period of their lives—and they want to share it with us all.

Ten years ago, not only would you have to be an actual, real celebrity in Hollywood to self-scandalize, you would actually have to pick up the phone and call up Star magazine to get something naughty you want out there about yourself. Now normal Suburban nobodies can just make a “finsta”—fake Instagram—account. Finsta accounts are a hot new trend popular with youth ages 19-27. Typically finsta accounts are secondary Instagram accounts, used as a “personal break” from the anxiety of your “real” public image and your “real Instagram.” It’s where you share and dispel your XXX leaked Paris Hilton “personal” shadow side. It’s the naughty private after-hours club on the internet, but you don’t leave any cameras or phones at the door and you have to be on guest list to get in. It’s where everyone you know gets to see you have your big “SLAVE 4 U” moment, yet you masochistically know you could be blackmailed for doing so. FINSTA accounts are almost always protected—only for a lucky few who are allowed to get to see this side of you.

The content on a finsta account can range from anything from a bag of drugs you did last night to sexual pictures of you in your underwear shot on your Macbook camera. But finsta accounts are not always glamorous. Sometimes, they can be like a breakdown during a Barbara Walters interview—emotionally explicit and exposed. I’m talking a two-paragraph long caption about how bad your depression is, opening up about your sexual abuse or an abusive ex. These are themes, humans have grappled with from the beginning of time, but there is something to be said about having a private conversation that vanishes, or going to a party that vanishes versus broadcasting and being your own E! Network Camera crew and show star.

No one who mimics the party girls of 2007 considers the brutal invasion of privacy Lohan faced. No one who mimics the Grunge look cares about the emotions or pain that drove Courtney Love on stage with smeared lipstick, and stained baby doll dresses. They just put on the smeared lipstick and stained baby doll dress and say “Am I Grunge, like Courtney now? So babydoll!” In aestheticizing oneself, there is almost alway a removal of the pain that created the image for the provider and the viewer.

In the late 2010s, does it even matter what is real, what is vulnerable, what is curated vs. what is documentation of something raw, something you don’t even know you are inside of until you grow up and see the evidence of who you once were five years later?

Whether or not having a finsta account could come from an innate desire for today’s youth to humanize themselves in front of others to separate themselves from the self conscious, disconnected unrealistic self-made brand images they paint on their “real” Instagram accounts—the photos posted on finsta accounts are still looking for shared romanticization, reassurance and validation, even on what should be happening in private. What happens when even your most private moments become monetized? Is it a kind of delusion to believe uploading yourself behaving this way is even a real provocation in today’s world?

The desire to grow up in public when you are young, willing and vulnerable, seems to come with no cost. “Wow finstas! I get the chemical release from ‘likes’, and posting more. My finsta gives me a double hit, of that shit. Great. I get to look like I don’t care and am more reserved, by having a put-together public Instagram where I don’t post much. My finsta can have everyone see me act all fucked up online and I can post as MUCH as I want, like raw pictures that have a stolen from Paris Hilton’s house vibe, through my new secret alias FINSTA that so fits my aesthetic. Whatever.”

Even a young Britney Spears used to laugh at the idea of fame being something difficult, or damaging but she learned in her mid 20s dealing with what we know as a “public mental breakdown,” that there is a real cost to life in front of the cameras. When we grow older, we often look back at the things we have done as embarrassing and horrifying because they just don’t represent who we are now and to know, you are making these mistakes in public, and leaving outlives-you evidence by growing up in front of the cameras all by self infliction should be alarming to everyone. It’s far more easy to deal with a mental experience, when it’s yours to keep and private—versus the embarrassment of everyone seeing you at your most “vulnerable” state, staged or not.

You don’t have to be a real celebrity to grapple with the melodramatic turmoils of fame, you can have all the attention served right up to you from your bathroom floor. You can have your phone buzzing with “ARE YOU OK? WHAT IS GOING ON?” messages, before midnight. It just takes one post, to send a red flag to your followers and get everyone that knows you talking.

If there is a desire amongst millennials to stage and televise their performed life in looks and eras: train-wreck Internet teen star, hedonist early 20s FINSTA party girl, maybe what’s coming up next is: calmed down single 30 somethings who used to be big 90s show TV stars but now post selfies of the Alice Munro book they are reading in bed with a cup of Chamomile?

Youth today may be tired and exhausted of inhumanely stylizing every moment of their life to look like a Ryan Mcginley shot Urban Outfitters campaign and want to share a side of themselves that is more scandalous and unfiltered, but maybe they should stop and think about the future cost of staged vulnerability before making a finsta account: “Maybe I don’t need to be branding myself, even when I’m alone. Maybe, some aspects of my life should not be shared. Maybe, just maybe – I should protect something.”

Alex Kazemi is a 22 year old Canadian cultural critic and pop artist. He is also a contributor to V Magazine and is currently working on his first novel, Yours Truly Brad Sela. He also created the first viral real-time Snapchat movie—Snapchat: Mudditchgirl91. His work has been featured on Thought Catalog, the Bret Easton Ellis Podcast, Playboy and Dazed. 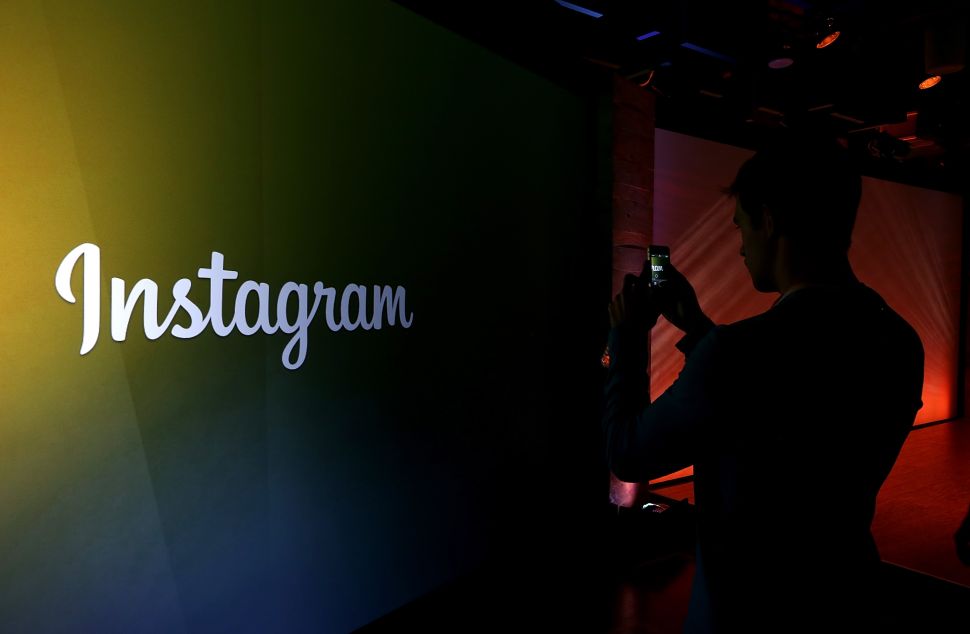