If you’re a mom-and-pop landlord, you probably wouldn’t want to rent to a prospective tenant you caught leering at your 12-year-old daughter. But under a new Seattle law that robs you of using discretion, you have no choice.

Known as the “first in time” ordinance, it states that “Seattle residential landlords must accept essentially all forms of alternative income and accept the first applicant who qualifies,” writes WashingtonLandlordAttorney.info. No longer can you accumulate applications and select the person you believe is the best fit for you and your family.

Having taken effect January 1, the law is an attempt to police landlords’ “inner thoughts and eliminate the possibility that their decisions could be motivated by ‘implicit’ or unintended bias,” reports Brian T. Hodges, a managing attorney with Pacific Legal Foundation, a property-rights organization representing mom-and-pop landlords challenging the law.

“First in time” sponsors assert that this unprecedented restriction is required because landlords “can’t be trusted to make decisions based on their ‘gut instincts,’ because there’s no way to know whether those instincts are ‘pure,’” Hodges also informs.

This ordinance is just the latest of what could be called lowlife-enabling laws, which force landlords and employers to check their brains at the door. Last year, the Obama administration told landlords they couldn’t refuse to house criminals, even though the latter aren’t a “protected class” (a designation implying we also have unprotected classes—in a supposedly classless society).

Obama’s Department of Housing and Urban Development stated that such refusal constituted “racial discrimination,” which means the “post-racial president” clearly was drawing a correlation between race and criminality.

There also are the states prohibiting employers from asking about criminal records and even “salary history,” as government gradually transforms hiring into something approximating a blind date followed by a shotgun wedding.

As for “first in time,” it’s not only unjust but also dangerous. As Hodges points out, “Landlords often rely on gut instincts when choosing a tenant, for legitimate reasons. Consider Chong and MariLyn Yim, who own and live in their Seattle triplex with their three children and are plaintiffs in the lawsuit. Because they share a yard with their tenants, they want to carefully select the most appropriate applicants to ensure they will get along with the Yims’ children. But the city is denying them that freedom.”

Then there’s Kelly Lyles, another plaintiff, who “is an artist who needs the income from her rental property so she can afford to live in Seattle. As a single woman and building manager who frequently interacts with her tenants, she has to take her personal safety into consideration when choosing them,” Hodges tells us.

Yet the anti-choice Seattle politicians want to make this decision for Lyles. As she put it, “This law would be ridiculous if it wasn’t so frightening!”

Of course, “first in time” is just another point on the slippery slope embarked upon decades ago when we accepted court rulings deeming privately owned businesses “public accommodations.” This blurring of the private/public distinction smacks of Marxism (some would say fascism) and trumps Americans’ freedom of association.

The professor also mentioned an erstwhile Baltimore law forbidding blacks and whites from playing tennis together in city parks, and said he trusts that most Americans would be just as offended by a law stating they must play together. As he put it, “Forced association is not freedom of association.”

What, he continues, if I’m hiring an employee and “[y]ou want to deal with me, but I don’t want to deal with you. My reasons might be that you’re white or a Catholic or ugly or a woman or anything else that I find objectionable. …You say, ‘Williams, that’s illegal employment discrimination.’”

“You’re absolutely right,” he concluded, but if I’m forced to hire you, “it still violates peaceable freedom of association.”

Here’s another point to ponder: You have a right to include in, or exclude from, your home anyone you wish for any reason at all. Why should you lose this right merely because you decide to erect some more tables and sell food, take photographs for money, deal in flowers or rent rooms?

It’s still your property—paid for with your own money and maintained by the sweat of your own brow. Why should Big Brother be able to tell you how you must associate?

The irony is that we’ve invited the tyranny of “first in time”—and other such proposals that will metastasize over time—in the name of stopping unjust discrimination by a small percentage of the population, forgetting that this is what scorn and ostracism are for.

Moreover, much past racial discrimination was actually the result of intrusive government laws that trumped freedom. In keeping with the human failing of swinging from one extreme to the other, however, we’ve traded forced segregation for forced association. Is this really the American way? 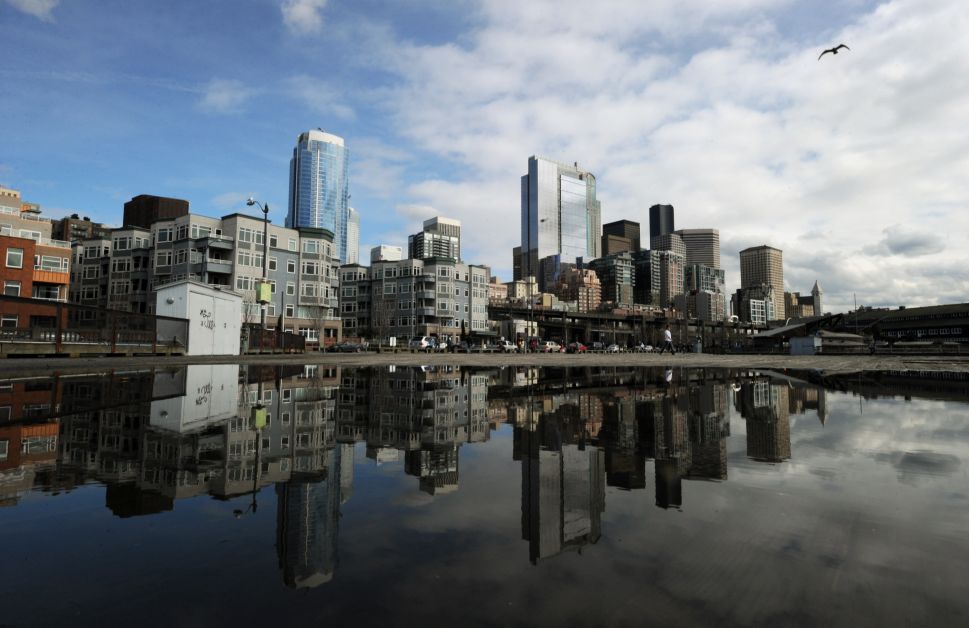