There are certain significant moments—zen moments—that penetrate the conventional superstructure of gathered opinion and change everything. President Donald Trump had one such moment very early on, in July 2015, when he criticized Sen. John McCain, who had spent years as a POW in Vietnam.

“He’s a war hero because he was captured,” Trump said. “I like people who weren’t captured.”

The next day, against all expectations, Trump ticked slightly upward in the polls. Clearly, the heroes of an earlier generation no longer had the relevance they exhibited before. America was ready for something completely different, and Trump was bringing it. The press should have predicted his victory at that moment.

“I’m not sure if anyone has put it together yet,” I wrote back then, “but if Donald Trump does not go quietly into the good night within the month or so, then we will have reached a turning.”

He might have reached another such turning this past Friday when he presented Congress with an ultimatum and then failed to convince the House to pass his health care bill. From July 2015 to now, it had been impossible to slow Trump’s ascent. The momentum that followed in his wake spread across Europe and parts of Asia. But now it may be more difficult for him to corral the votes needed for other vital issues—like tax reform.

It’s not clear at the moment if anything can be metabolized out of Trump’s exotic crew or if he will have to clear house entirely and replace them all with more conventional “establishment” administrators pulled from “the swamp” that he promised to drain. Possibly, it has suddenly passed like a morning fog on the Potomac.

Right at the end there had been a few very bad calls in what The New York Times columnist and said-to-be Trump friend Maureen Dowd called “a feuding, leaking, belligerent, conspiratorial, sycophantic atmosphere.” The worst likely came from “Manichaean anarchist” Steve Bannon, Trump’s closest advisor, who Dowd contrasted with “classy operator James Baker.” Incidentally, classy operator James A. Baker III—Ronald Reagan’s chief of staff, George H.W. Bush’s secretary of state, and who dramatically intervened on George W. Bush’s administration in the middle of the war on Iraq—seems to be keeping an eye on the Trump White House. During the Super Bowl, he was chatting it up with with Vice President Mike Pence in the owner’s box.

This was old Washington talking again, much like it always talked down to the rubes from the red heartland states that most of the House Freedom Caucus members identified with. As it always had in the past, this was “the swamp” demanding that the rustic provincials fall in line with the Eastern establishment.

“You know, the last time someone ordered me to something,” one member replied, “I was 18 years old. And it was my daddy. And I didn’t listen to him, either.”

This shows Trump’s and Bannon’s perhaps fatal misunderstanding of the character of the Freedom Caucus.

“The Freedom Caucus gains new potency with Trump setback,” claimed a headline in Saturday’s Financial Times. “Party leaders thought the hardliners were a spent force. How wrong they were.”

As a ring fan, Trump understands that politics is all about momentum and that his momentum may have stalled. A significant challenge to Trump and Bannon could be internal this time, advancing from a civil war of creative destruction that may bring America forward to entirely new perspectives. That might be what’s happening now: The Tea Party is not dying. Through the Freedom Caucus, it has gathered momentum and entered a new, more institutional stage. It may be able to begin formulating a practical framework to orchestrate a new political era first promised at the rise of the Tea Party in 2009. The Freedom Caucus could become the dominant political forum for a new political and cultural vision, like the Tea Party, one taking its strength and virtue from the American heartland.

“For the hardliners of the Freedom Caucus, a conservative group renowned for its ideological purity, the health care defeat they helped inflict on Donald Trump showed their willingness to wreak havoc had reached a new high,” the Financial Times reported. “But they attained a new potency on Friday by bringing down the top legislative priority of a president from their own party—and gravely denting his credibility as a leader in the process.”

The Freedom Caucus has found its Zen moment. 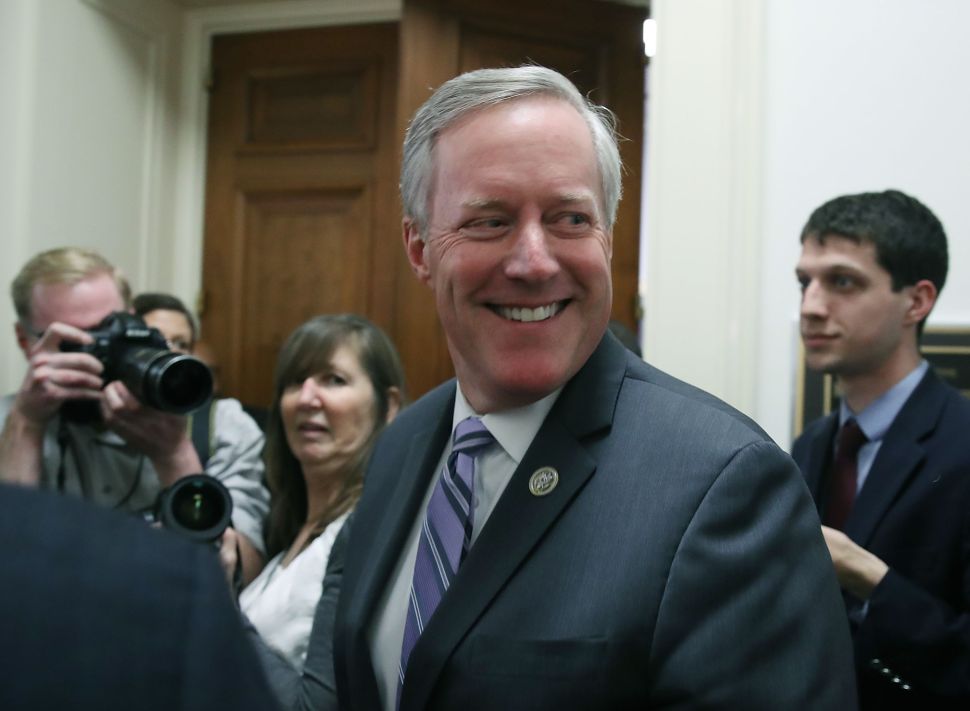