When Taylor Swift posted the now infamous (and swiftly deleted) photo announcing her relationship with boyfriend of the moment Calvin Harris atop a swan float in 2015, the summertime float frenzy began in earnest.

Previously, pool-goers would lounge semi-comfortably on pool noodles, but they certainly weren’t snapping photos of them, to share with their devoted Instagram followers of thousands. But now that the Swift pushback has started in earnest, will the pool float craze continue without her?

Funboy, the brand behind the unicorn that was all over Instagram feeds everywhere, seems to think inflatable drink holders are the next must-have float. They’re launching their season 3 floats by rolling them out slowly, including a yacht, angel wings and rainbow cloud. And this month, despite the brisk NYC weather, they launched the Seahorse and packs of drink holders that can float in the pool and match their current collections. (While you wait for summer to truly arrives, maybe you can just use them in the bath.)

Last summer, Swift turned to an inflatable slide for her July Fourth celebrations. As did Bachelor bad girl Corinne Olympios, who convinced the producers to bring an enormous, princess inspired bounce castle to the mansion.

Of course, bounce castles are a bit expensive, but so are Funboy pool floats. With Coachella quickly approaching, where Funboy floats were delivered to last year, it’s time to decide what the next wave of floats will be. We’re betting on these drink holders. After all, they’re far easier to travel with than a castle. 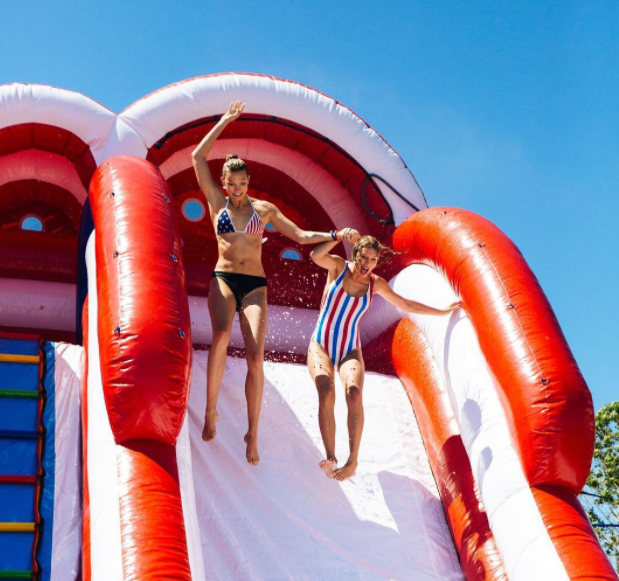