Former President George W. Bush has been widely praised by the mainstream media for his criticism of President Donald Trump in several recent interviews, providing Bush with reconciliation of his disastrous presidency. In a desperate attempt to revive the political power of moderates, the Democratic establishment is using opposition against Trump to claim political decency for political figures in the center-left and center-right.

The Guardian’s editorial board applauded Bush for criticizing Trump. The editors wrote, “A polarizing president, Mr. Bush sounds a lot better out of office than in it. His swipe at Donald Trump’s brand of populism may mark a turning point for Republicans. We hope so.”

People published an article praising Bush’s horrific war with Iraq titled, “George W. Bush Paints Love Letters to the Men and Women He Sent to War: ‘I Think About Their Troubles and Their Joys.’ ” Due to all the positive media attention, Money Magazine reported, “George W. Bush’s New Book of Portraits Is Burning Up the Amazon Charts.”

As part of his redemption tour, The Today Show and Ellen DeGeneres interviewed Bush—circumventing any policy discussion or semblance of criticism in order to market Bush’s new book, Portraits of Courage: A Commander in Chief’s Tribute to America’s Warriors. It’s as though the disastrous policies that defined his presidency never occurred. This coverage is turning Bush into a celebrity who opposes Trump instead of a politician. The Washington Post claimed, “Michelle Obama isn’t the only liberal embracing George W. Bush these days,” propagating the narrative that the widely popular Michelle Obama is friends with Bush and praising his “wisdom” in criticizing Trump. The article fails to acknowledge that Bush’s unpopularity turned Jeb Bush’s presidential candidacy from supposed front runner into laughing stock of the Republican primary field.

Bush’s final approval rating was 22 percent, lower than Trump’s current approval rating of 42 percent. Criticism from a president whose legacy is widely disliked will only help Trump, but the establishment elite are too out-of-touch to remember how awful Bush’s presidency was for most Americans.

The New York Times published an Op-Ed titled “Against Populism, the Center Must Hold” by former U.K. Prime Minister Tony Blair, who was a proponent for the Iraq War and close friend of the Bush and the Clintons. Blair lumps together populism on the right with populism on the left as people who are against the “so-called elites”—as though working-, middle-class, and low-income Americans don’t have good reasons to be resentful of wealthy donors’ and corporations’ influence on democracy.

Blair adds, “The modus operandi of this populism is not to reason but to roar.” By attempting to portray centrist politics as the voice of reason, he does not acknowledge the destruction that centrist politics has caused. Though progressives assert that leftist populism is the only solution to the rise of populism on the right, Blair denounces leftist populism. Instead of using evidence, he uses baseless, elitist assertions that “it has no chance of matching the populist appeal of the right.” One reason motivating Blair to diminish populism on the left is rumors that he has considered getting back into politics to challenge the U.K.’s left-populist leader Jeremy Corbyn.

Hillary Clinton has received similar redemption from the mainstream media and establishment center. After the election, Clinton’s favorability ratings remain slightly lower than Trump’s, hovering around the high 30s and low 40s. Despite increasing resentment toward her candidacy on the left since her defeat, Clinton is still elevated as a Democratic Party spokesperson. Her daughter, Chelsea Clinton, is being treated as though another Clinton entering politics would be beneficial for the Democratic Party, which has been run into the ground by Clintonism.

For decades, centrist politics have been marketed as the most pragmatic choice for voters despite the fact that the policies have devastated communities across America, increased wealth inequality, and perpetuated interventionist warfare. That there is no one left to lead the centric movement—aside from the vanquished relics of its peak—shows that there is no future for this brand of politics. 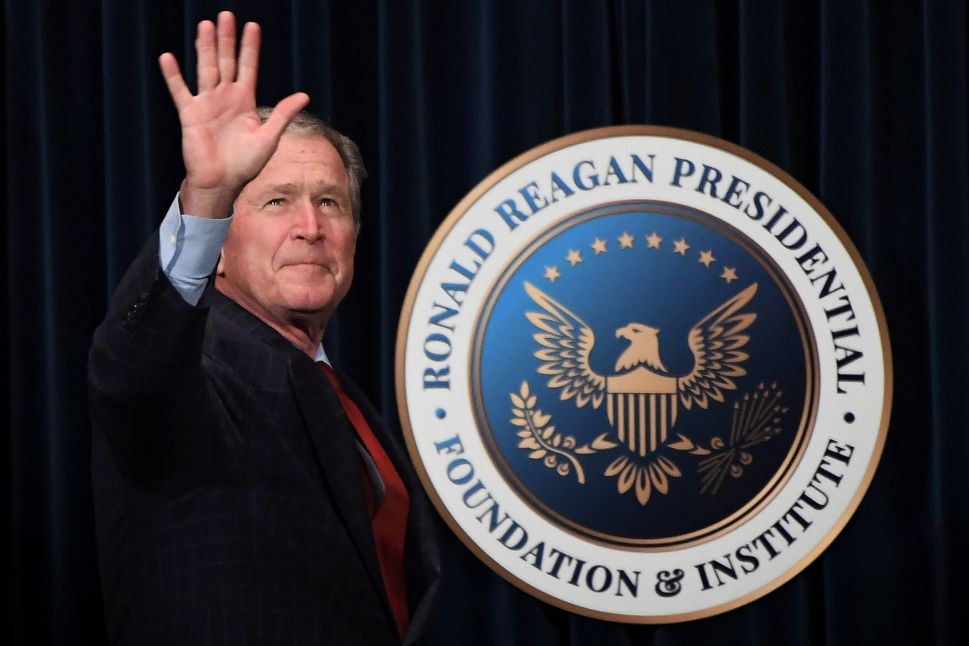