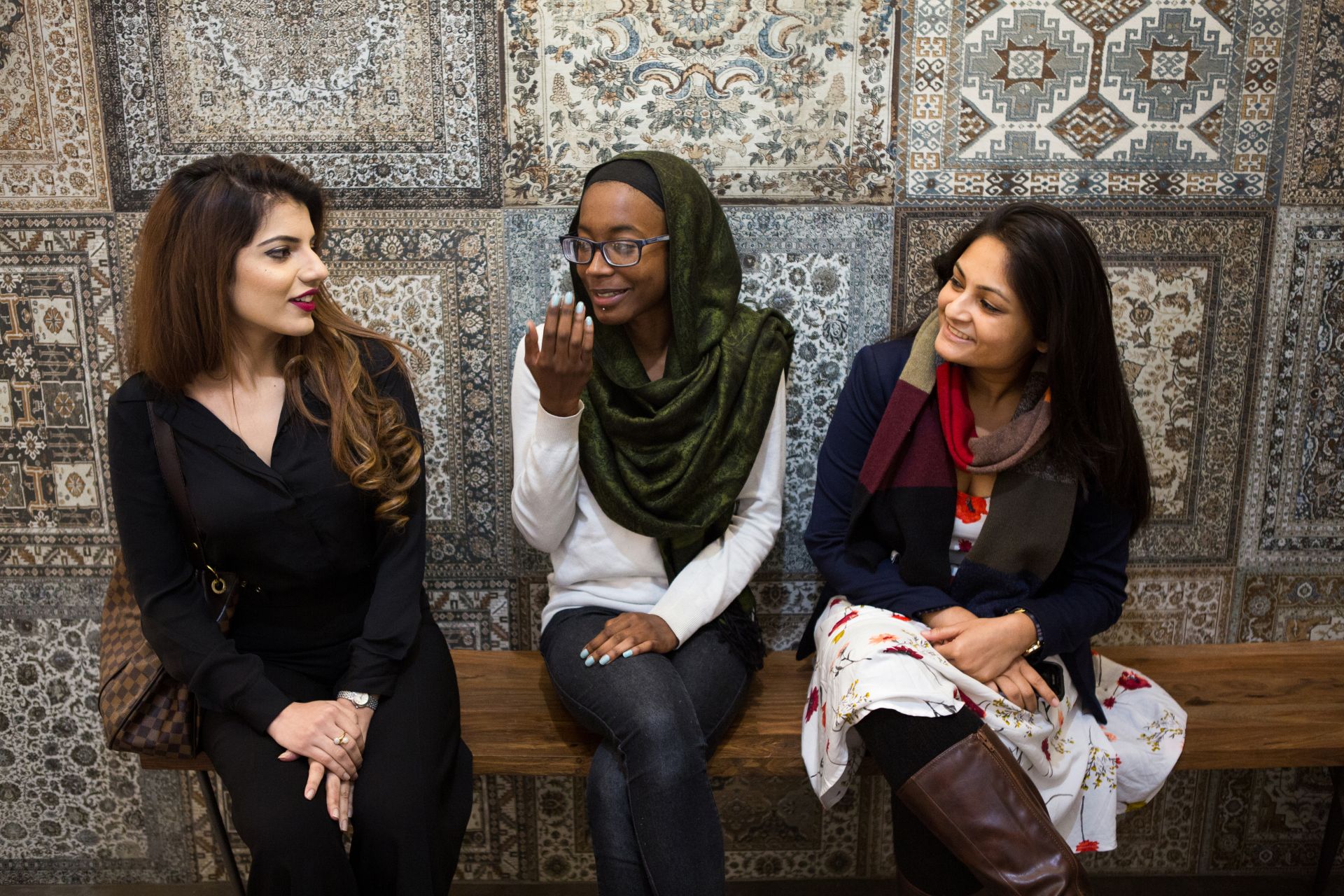 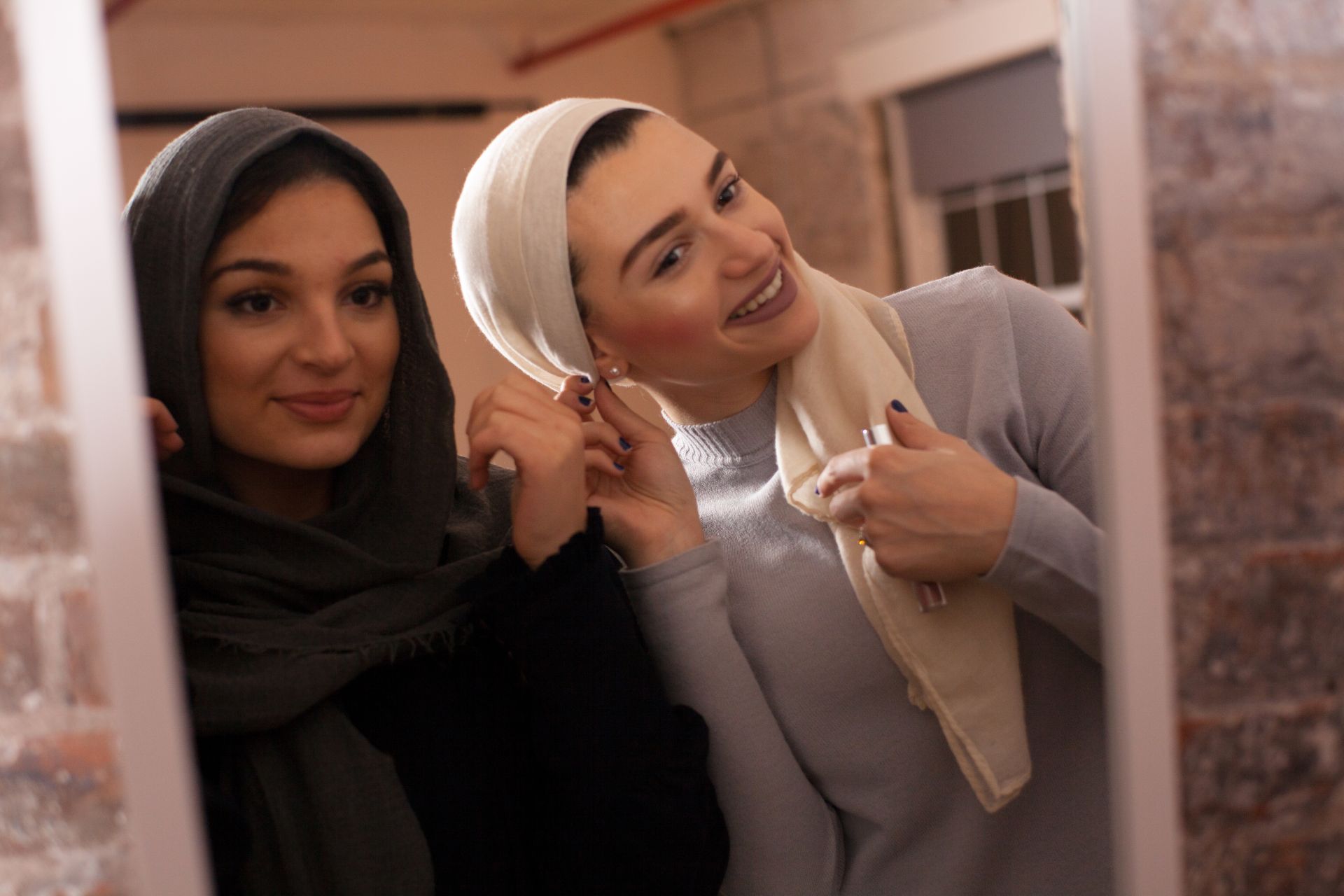 Primping and getting ready for the day.
Jenna Masoud/MuslimGirl 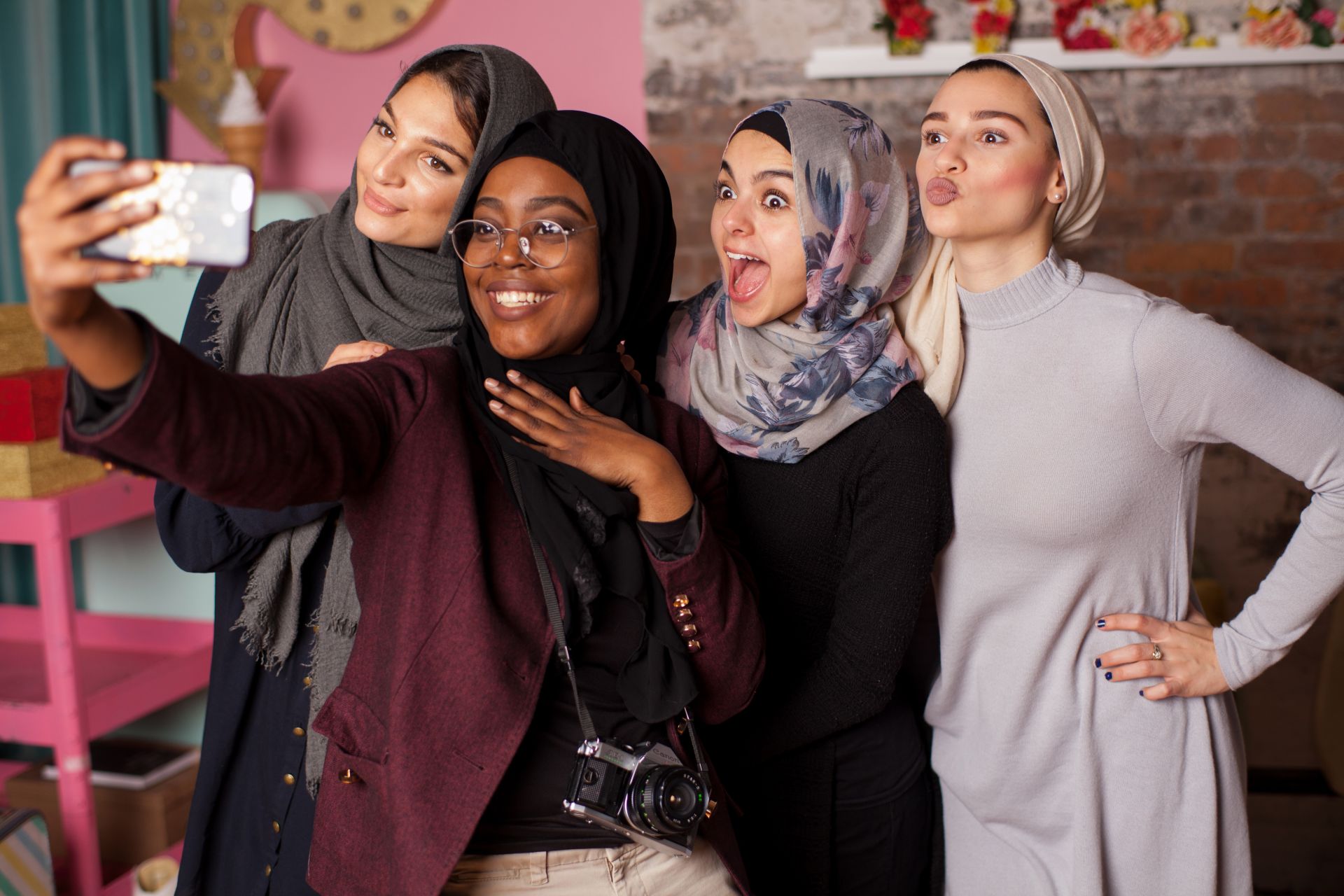 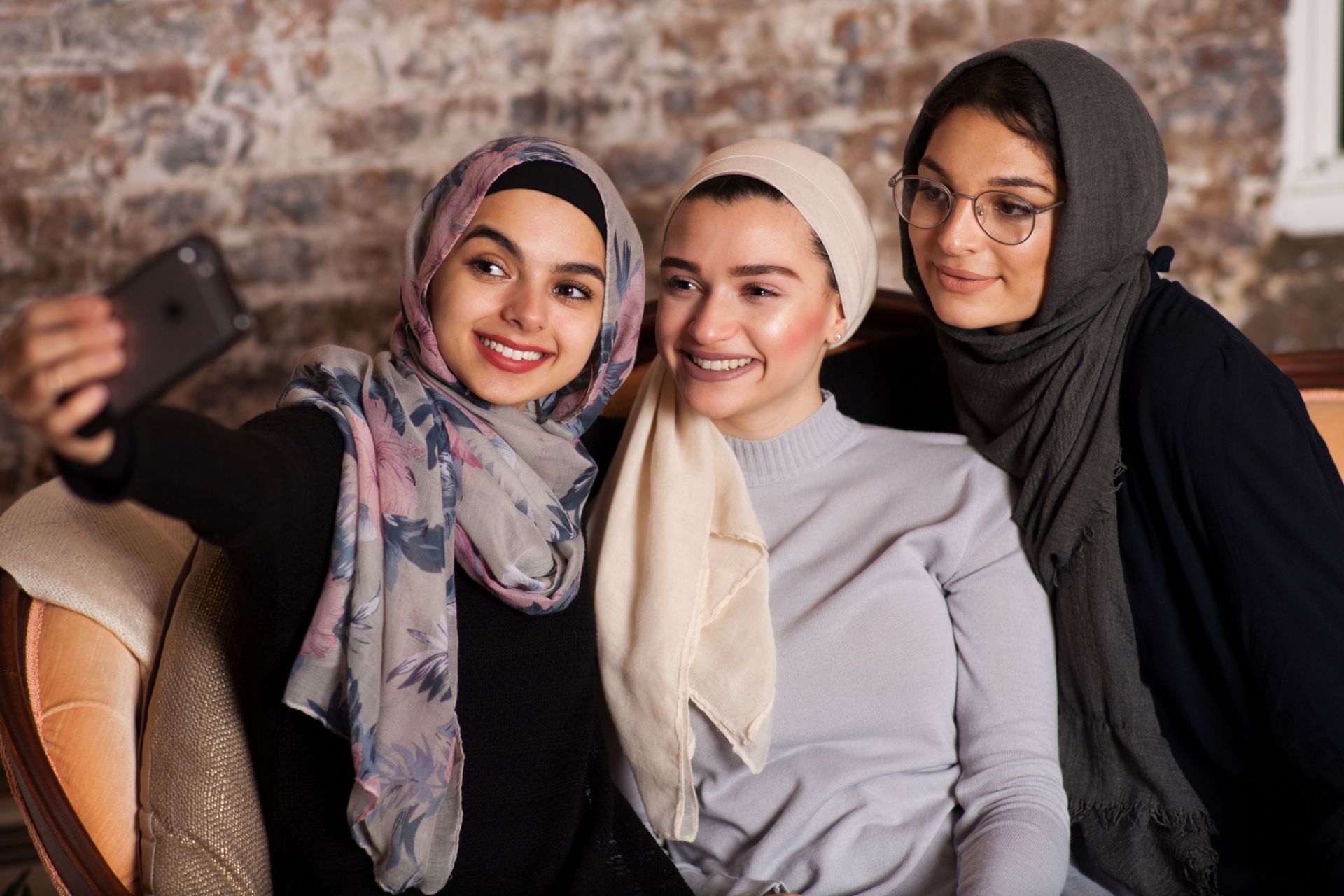 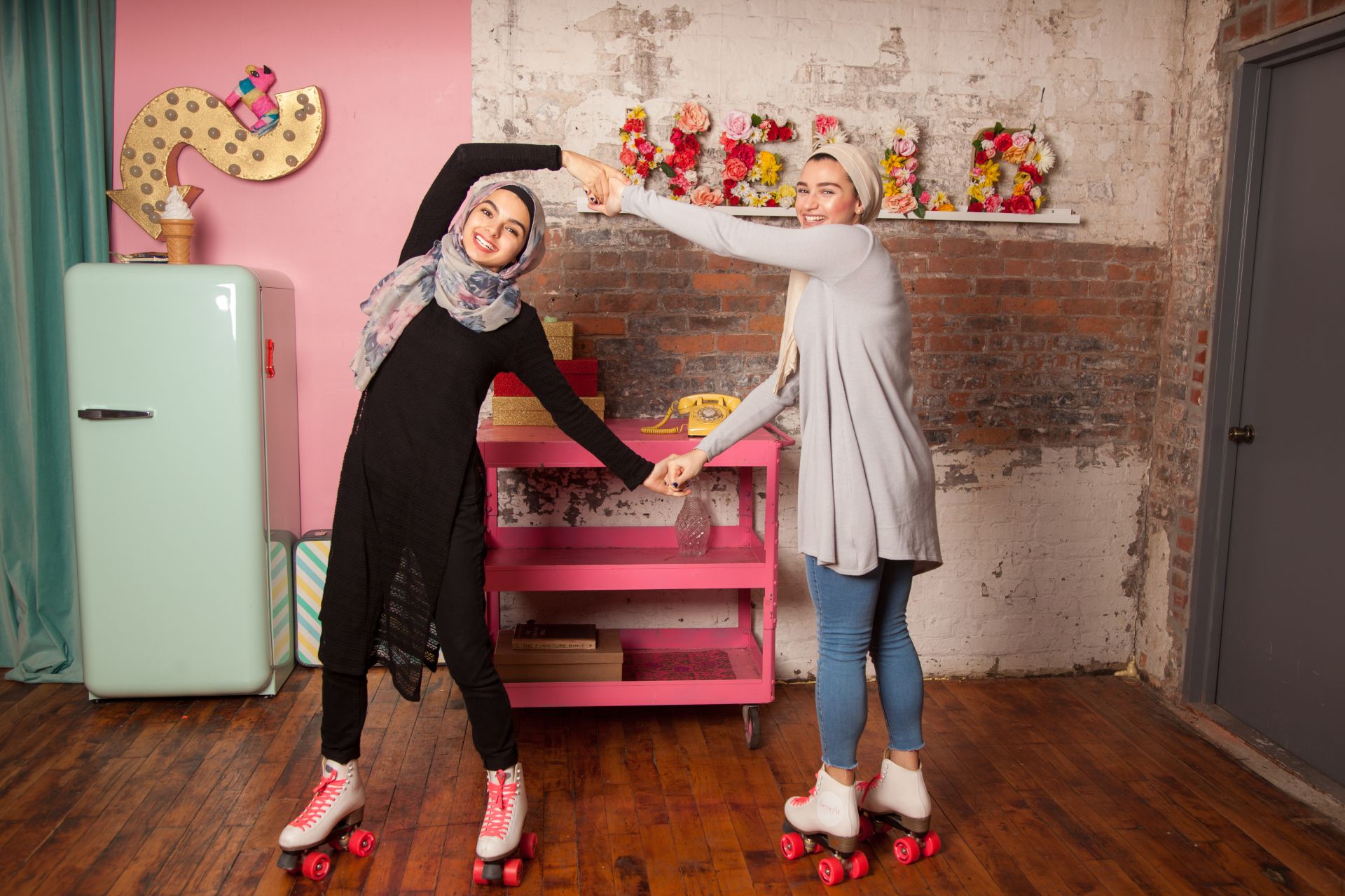 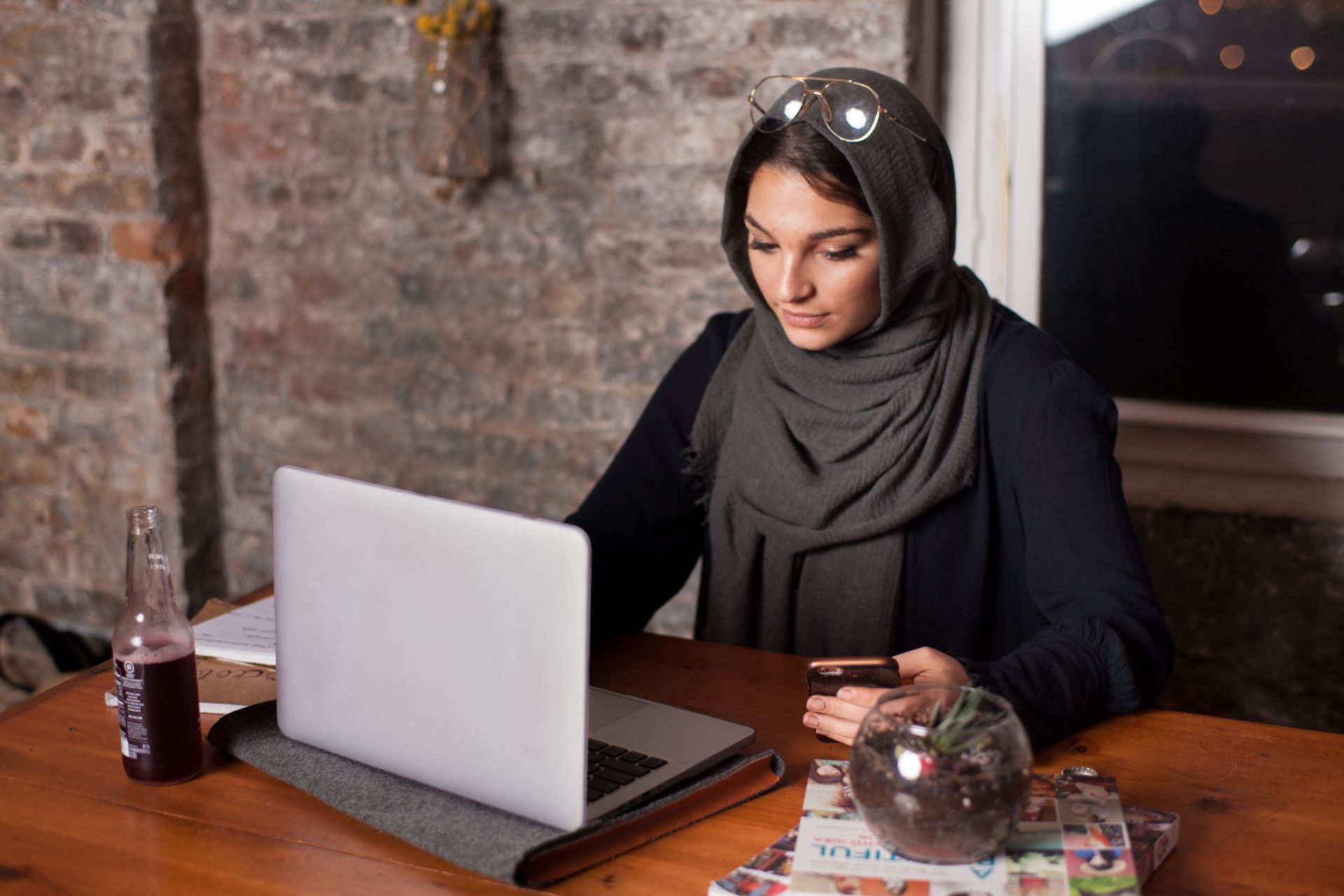 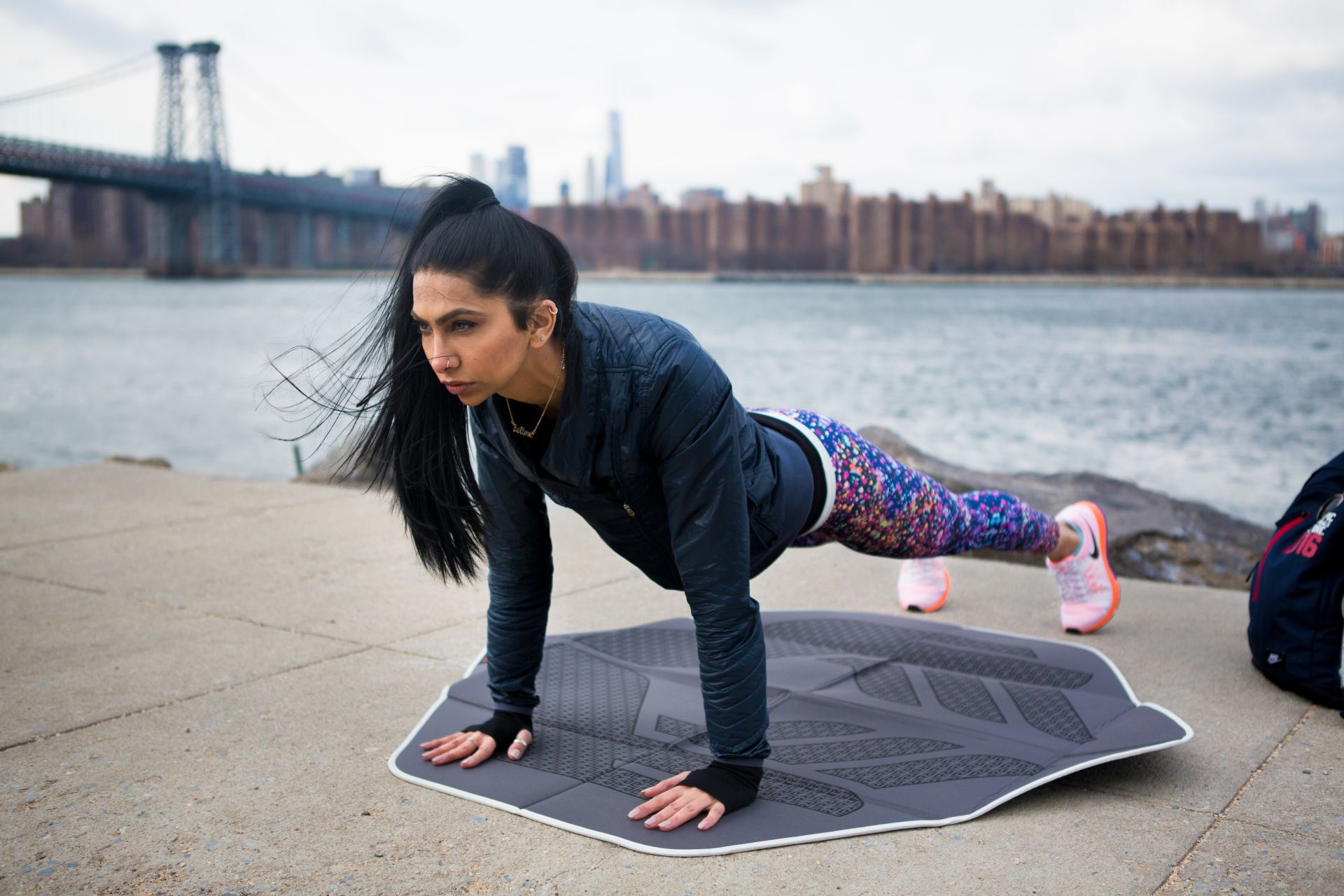 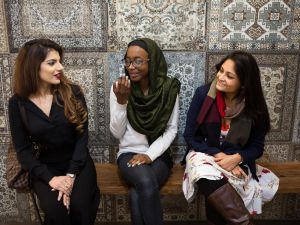 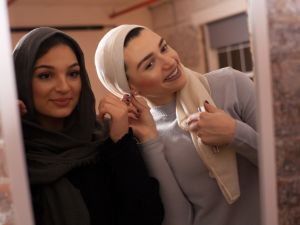 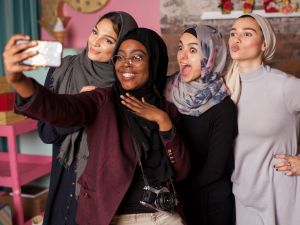 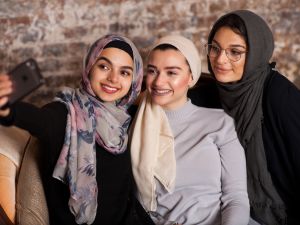 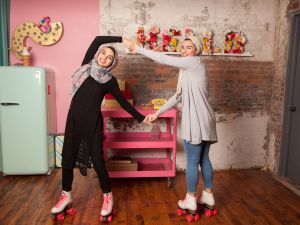 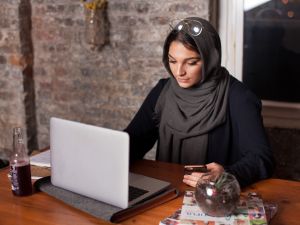 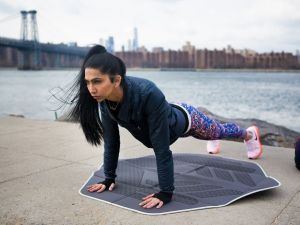 If you search the phrase “Muslim women” on Google Images, most of the results show female Muslims with their faces and bodies fully covered by black burqas. When their faces are visible, they are unsmiling, and some even look scared

Yesterday the website and stock photo source announced an exclusive content partnership to tackle misrepresentation of Muslim women in the media. They released a collection of images called “Taking Back the Narrative,” which aims to represent Muslim women in a positive and contemporary light and fight back against common misconceptions of the Islamic community.

Amani Al-Khatahtbeh, founder and editor in chief of MuslimGirl, told the Observer that this project was particularly important to her because she grew up in the aftermath of 9/11.

“Muslim women weren’t given the opportunity to present themselves,” Al-Khatahtbeh, who was on Forbes’ 30 Under 30 list last year, said. “This idea of the faceless Muslim woman doesn’t represent the extremely broad spectrum both in the West and internationally. We wanted to change the perception of Muslim women.”

This initiative has taken on more resonance recently because of President Donald Trump’s immigration ban on majority Muslim countries.

“If you group people all together you dehumanize them, which results in things like the Muslim ban,” Al-Khatahtbeh said. “But a project like this has an incredible impact that ripples outwards.”

“The imagery we consume daily impacts how we view ourselves and how we view others,” she told the Observer. “This collection is true to what modern Muslim girls do, and how they are.”

What makes the images even truer is that they were all shot by Jenna Masoud, a female millennial Muslim photographer. The models are actual Muslim women of different skin colors and sizes, and only some of them wear veils—they are also all Masoud’s friends.

“We had autonomy about the way we wanted to represent ourselves, but we knew we had to show Muslim women through the lens of a Muslim woman,” Al-Khatahtbeh said. “They’re just doing what they normally do.”

The partnership also made business sense for Getty, because keyword searches for the word “Muslim” have gone up 107 percent on its website over the past year. Searches for “Muslim woman” are also up 83 percent.

“There’s a conversation happening, and we seek to depict what’s being searched for,” Marks said.

Getty has also gotten involved with several women’s empowerment initiatives in recent years, partnering with Refinery29 and Lean In, among others. The site runs the Female Rising project, which aims to get more images of powerful women on Getty (and which the Observer covered last year).

“We want to elevate women,” Marks said. She revealed that Getty’s next female-focused collection will be about “gritty women, fighters and feminist warriors.”

Al-Khatahtbeh said that even though the collection has only been online for a day, she’s already gotten feedback from journalists who said having more image options than just “veiled women with dark cloth” would make their jobs easier.

“There’s definitely a need to have Muslim women take the lead in the ways they represent themselves,” she said.