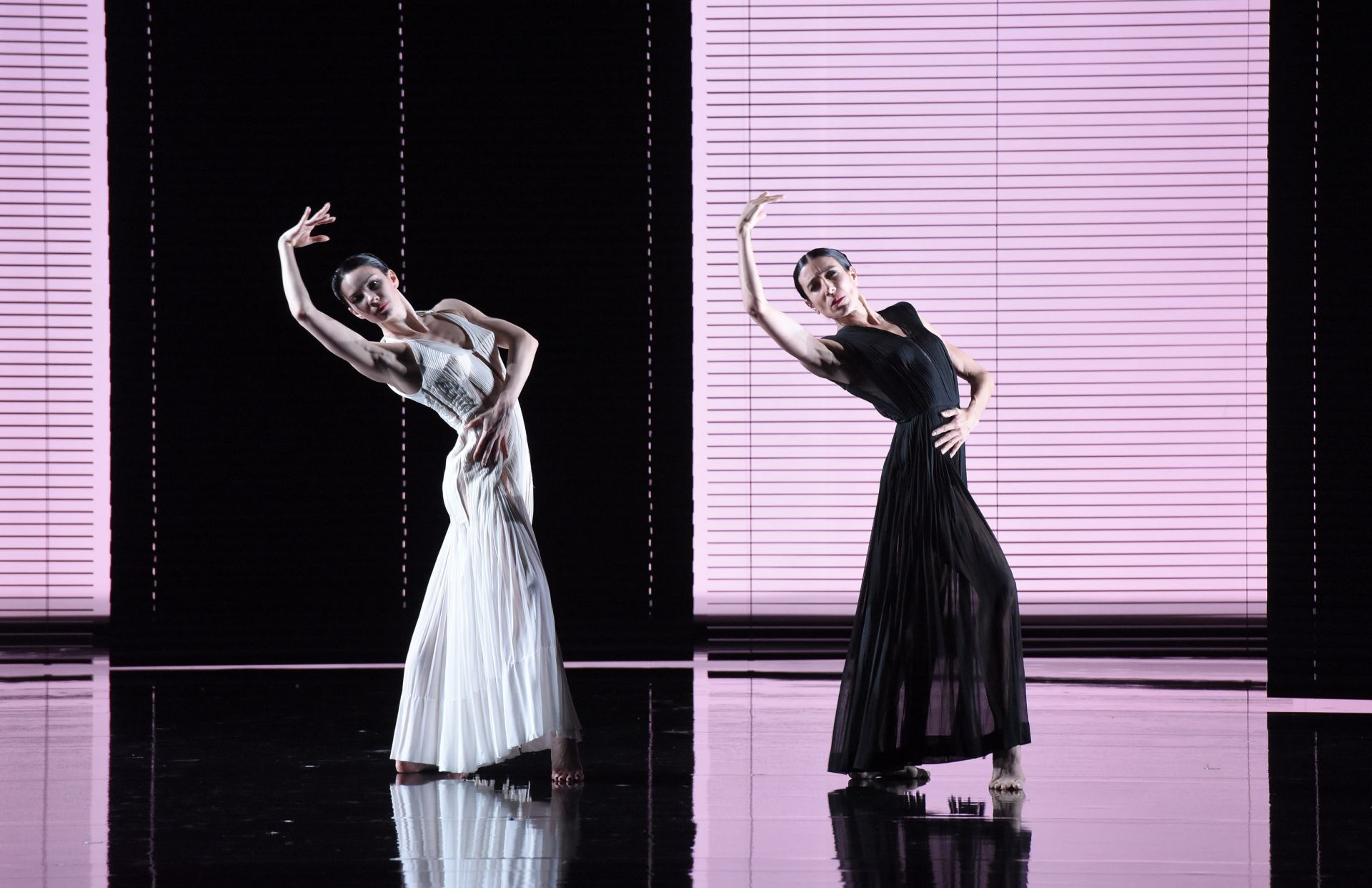 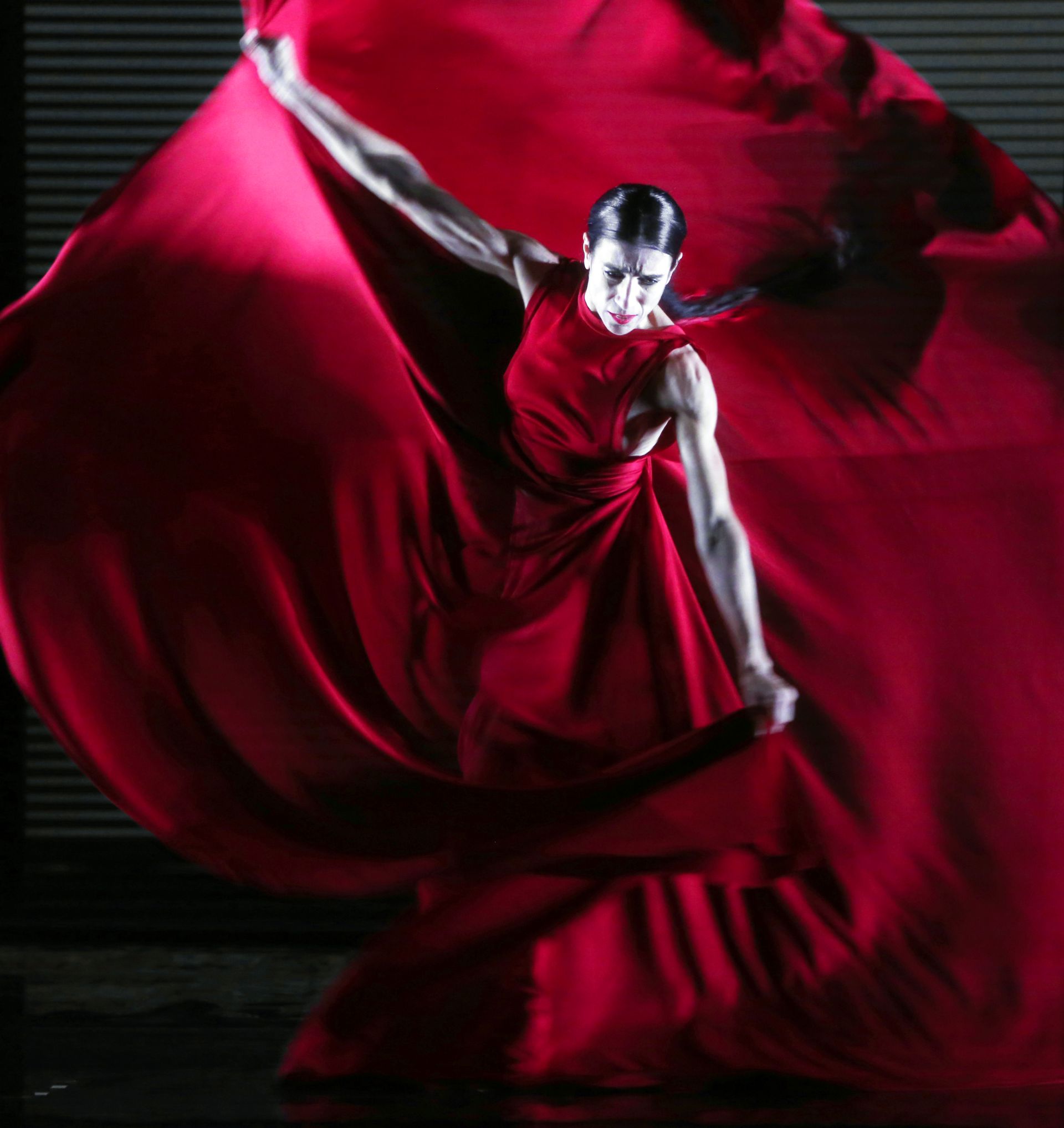 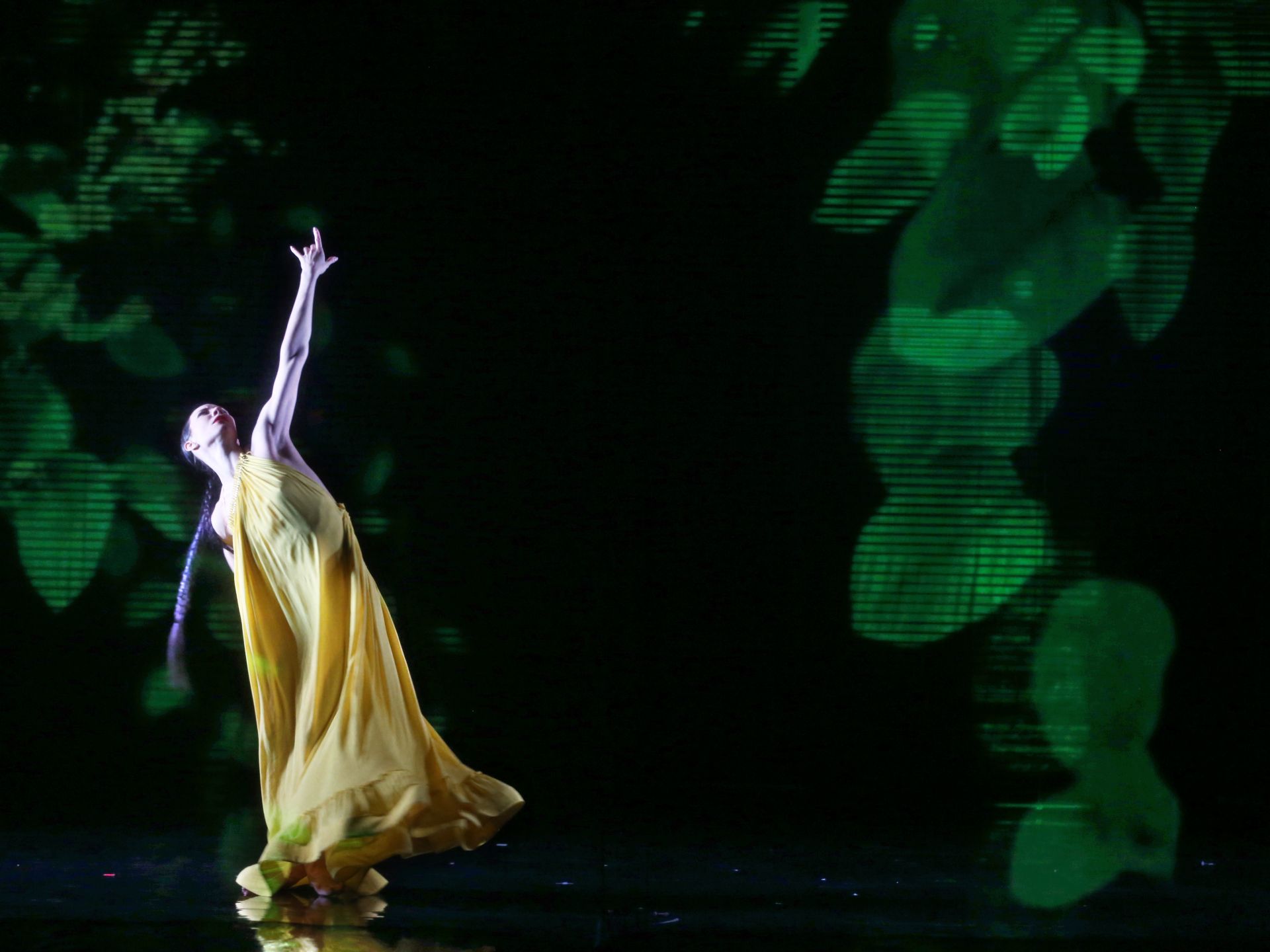 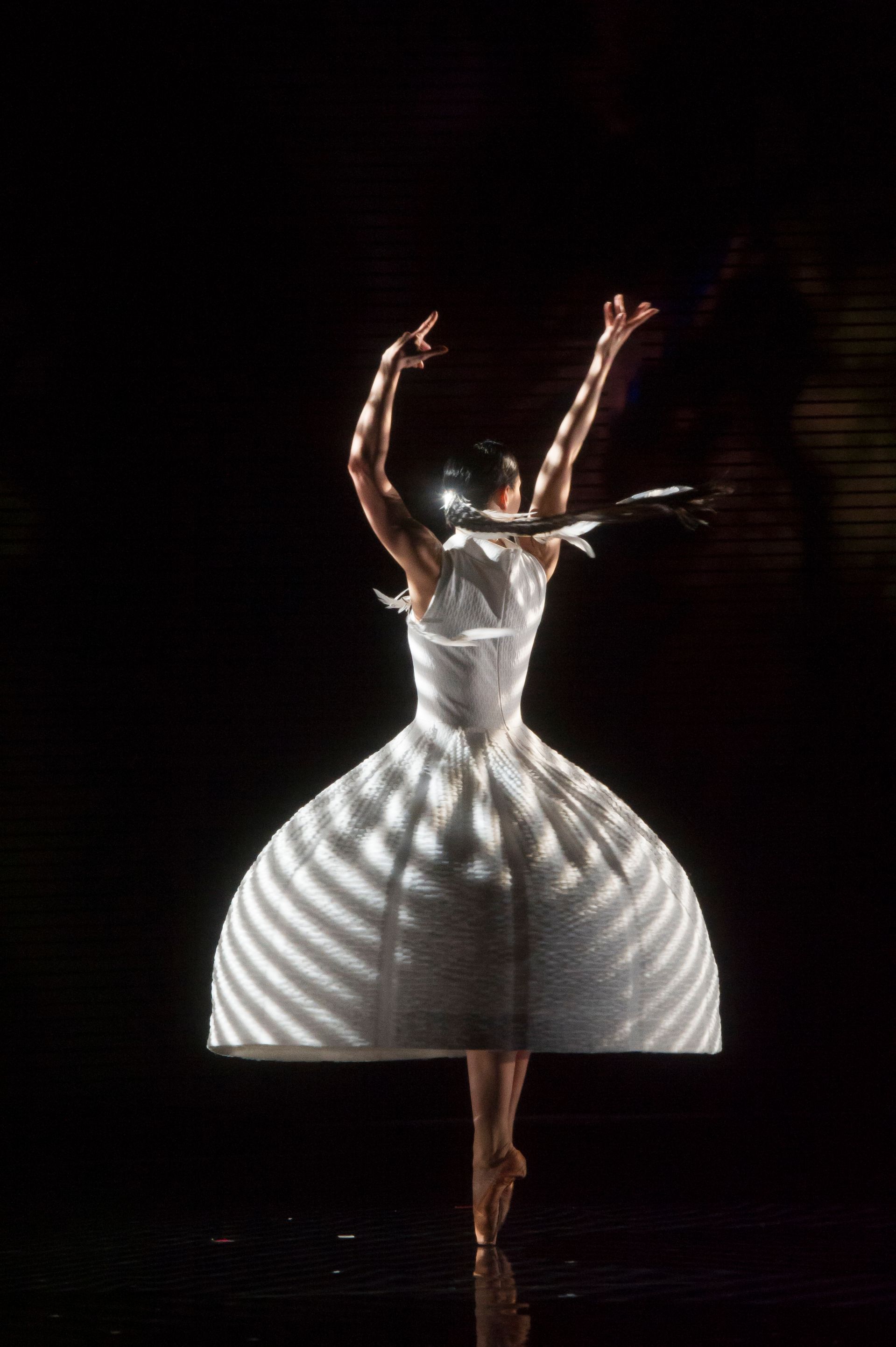 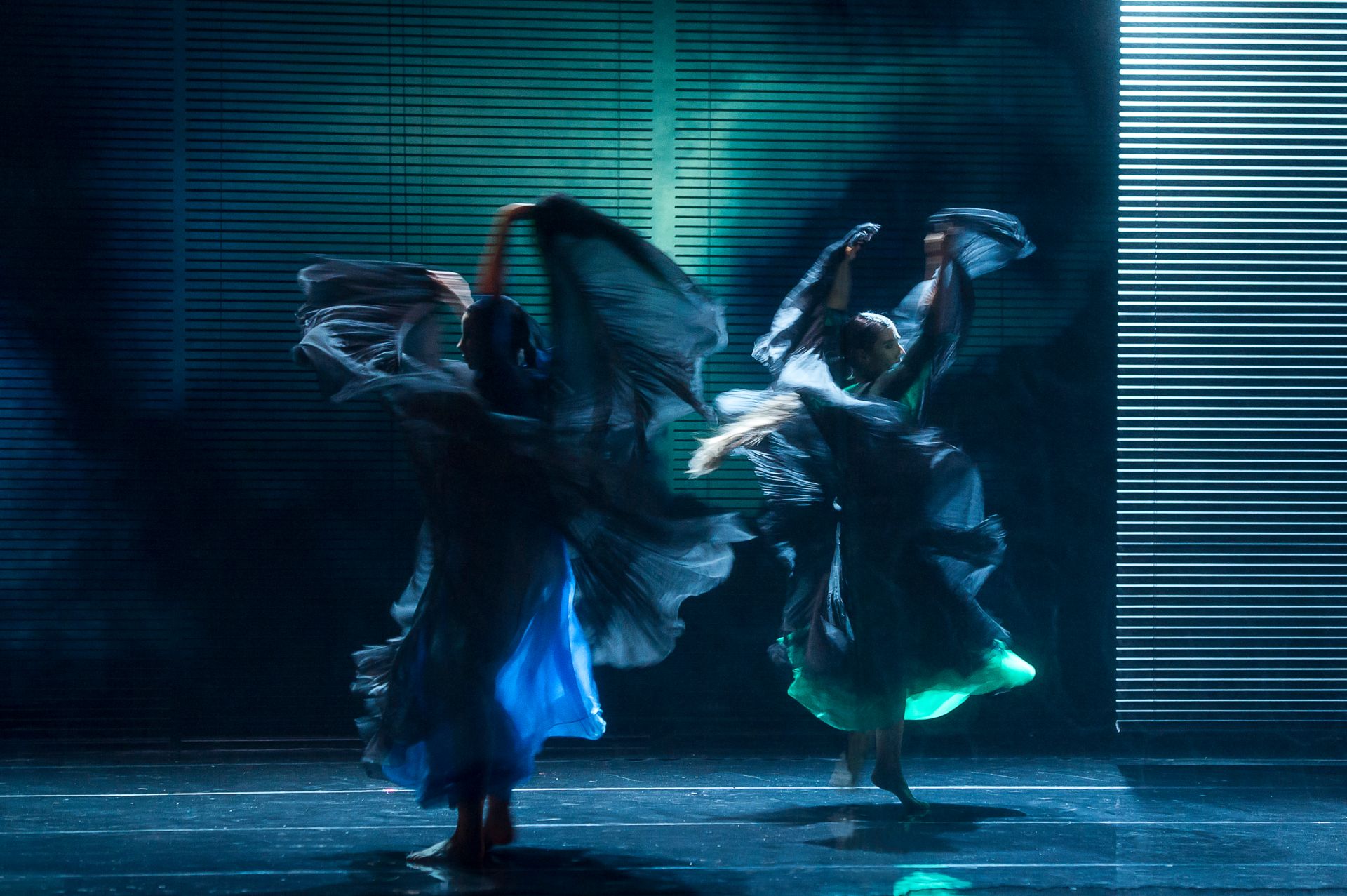 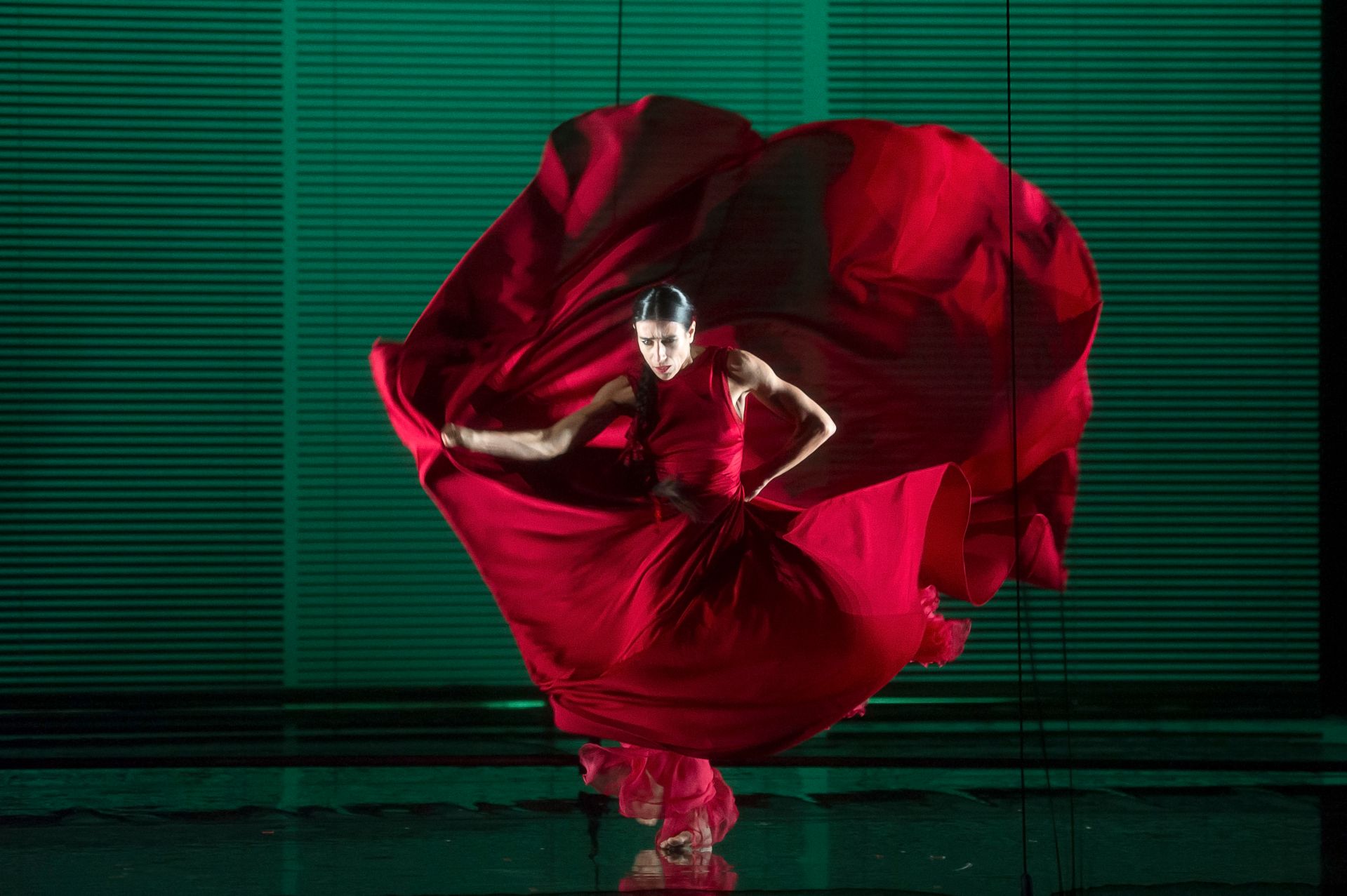 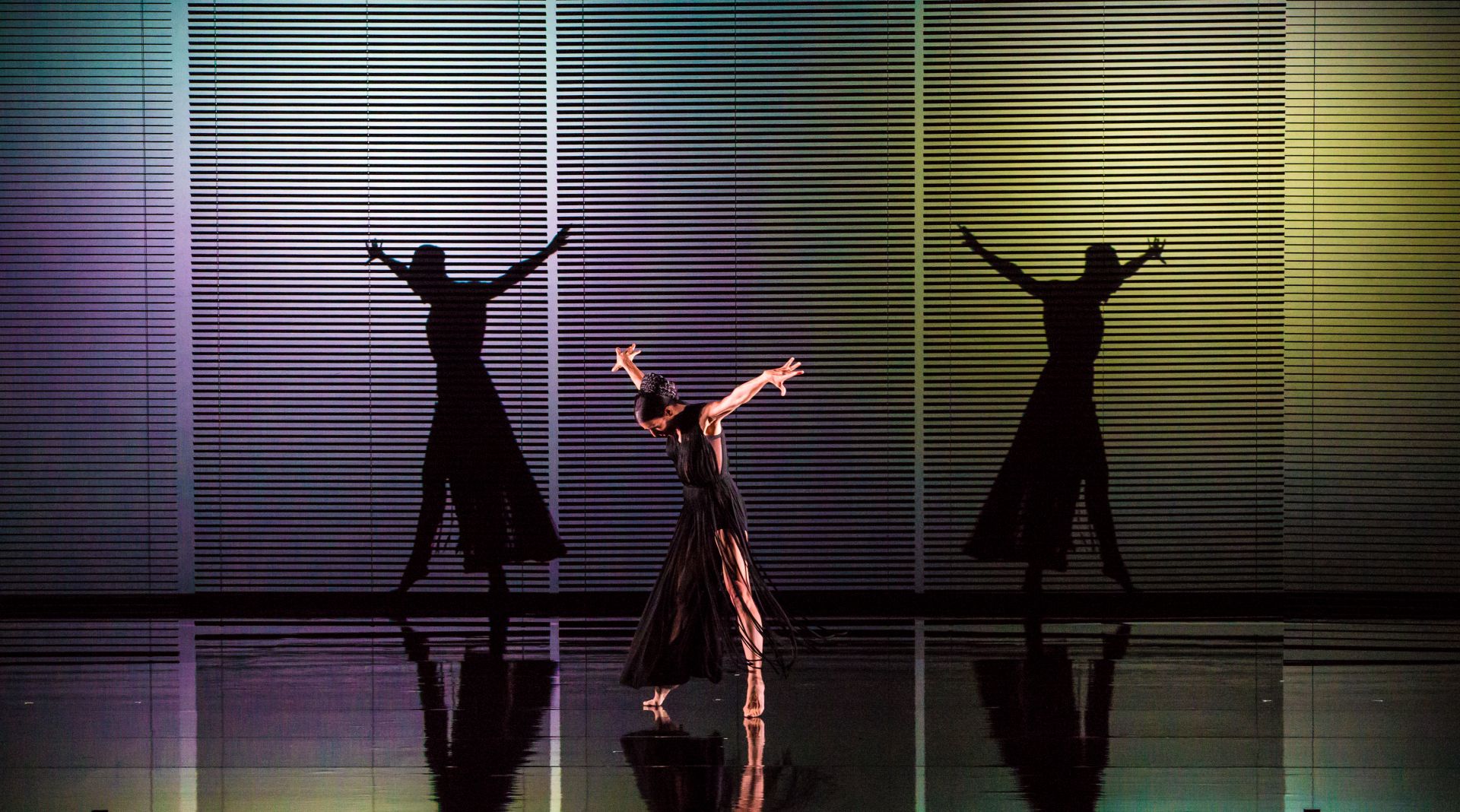 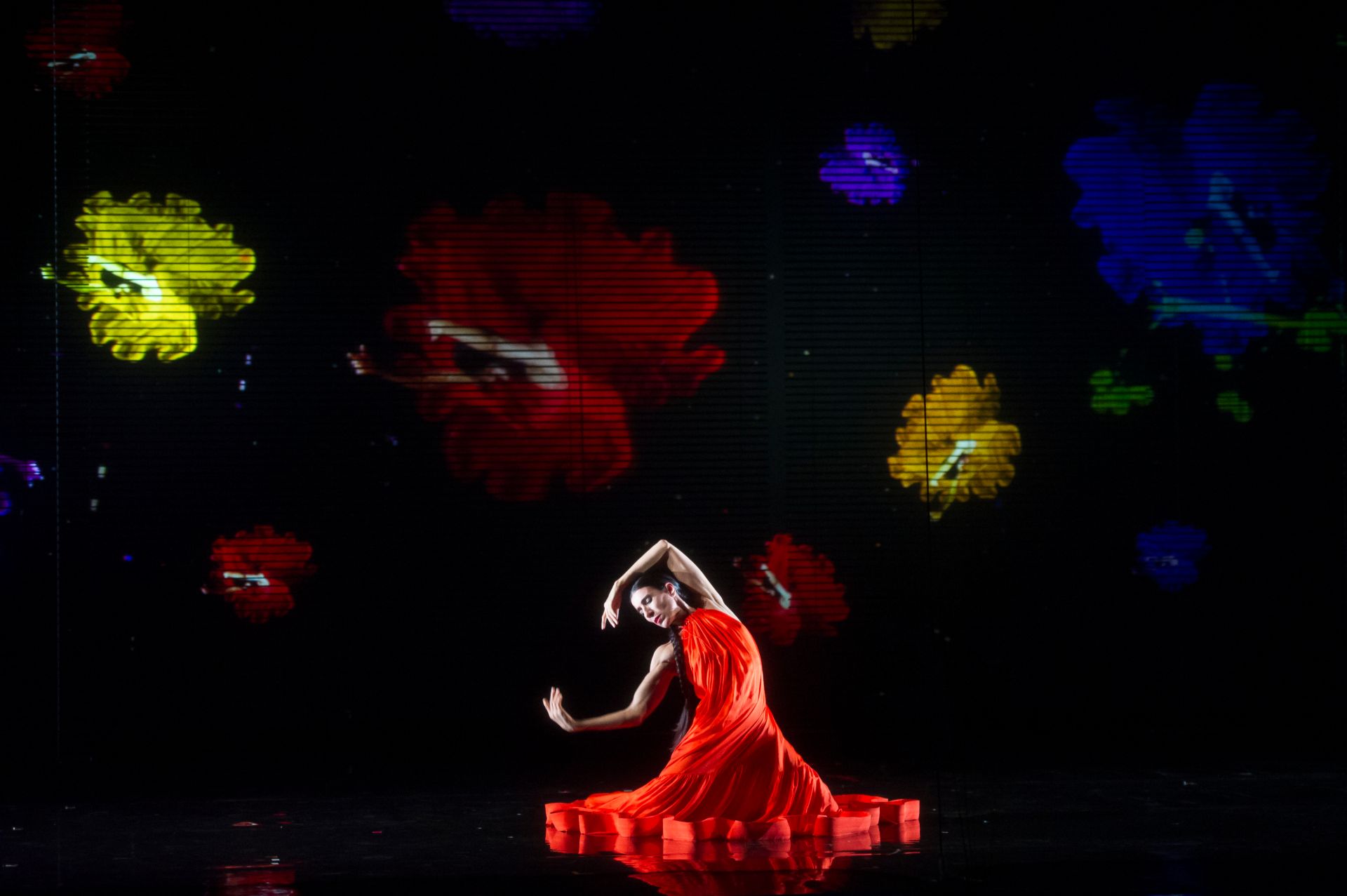 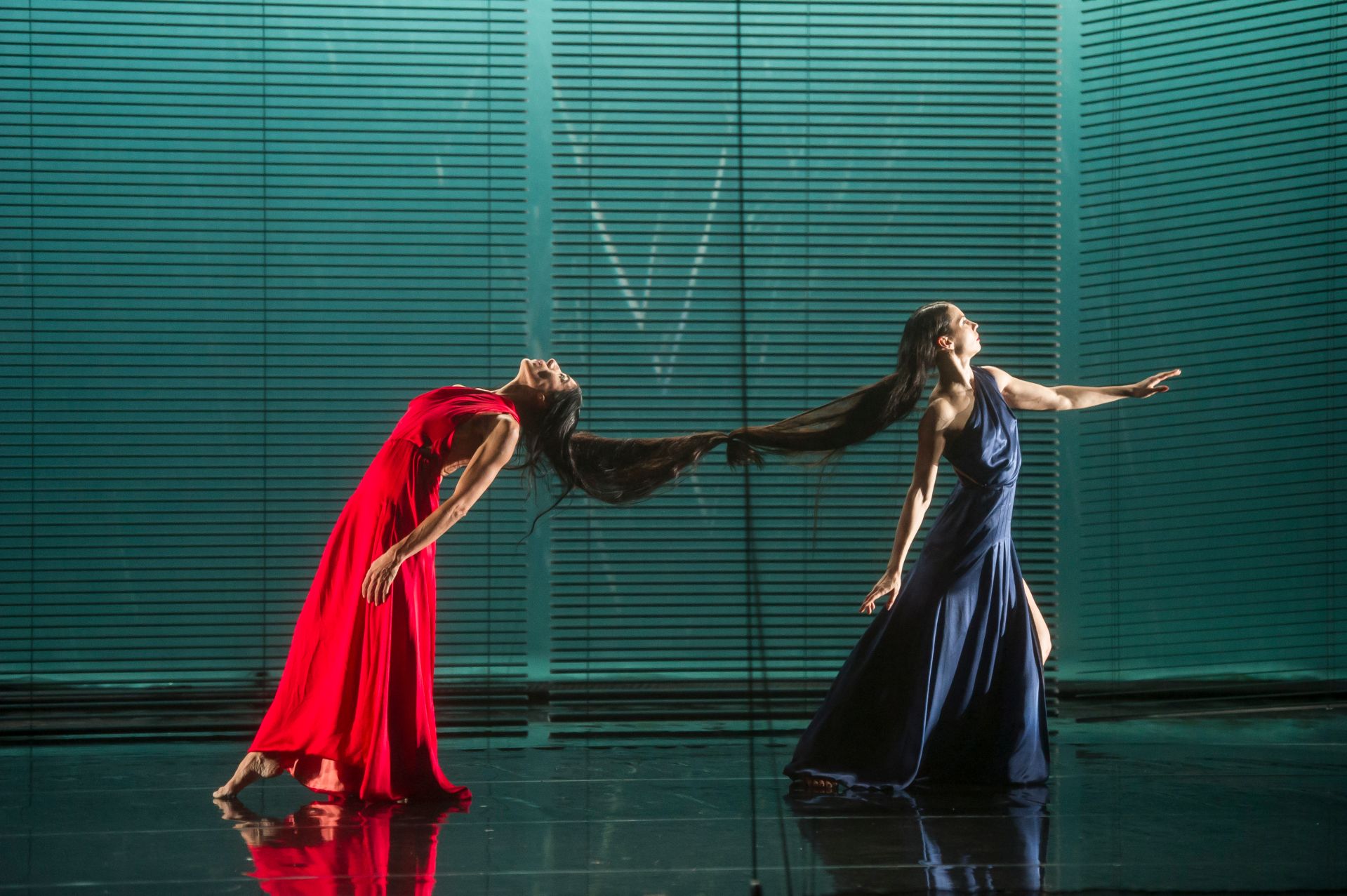 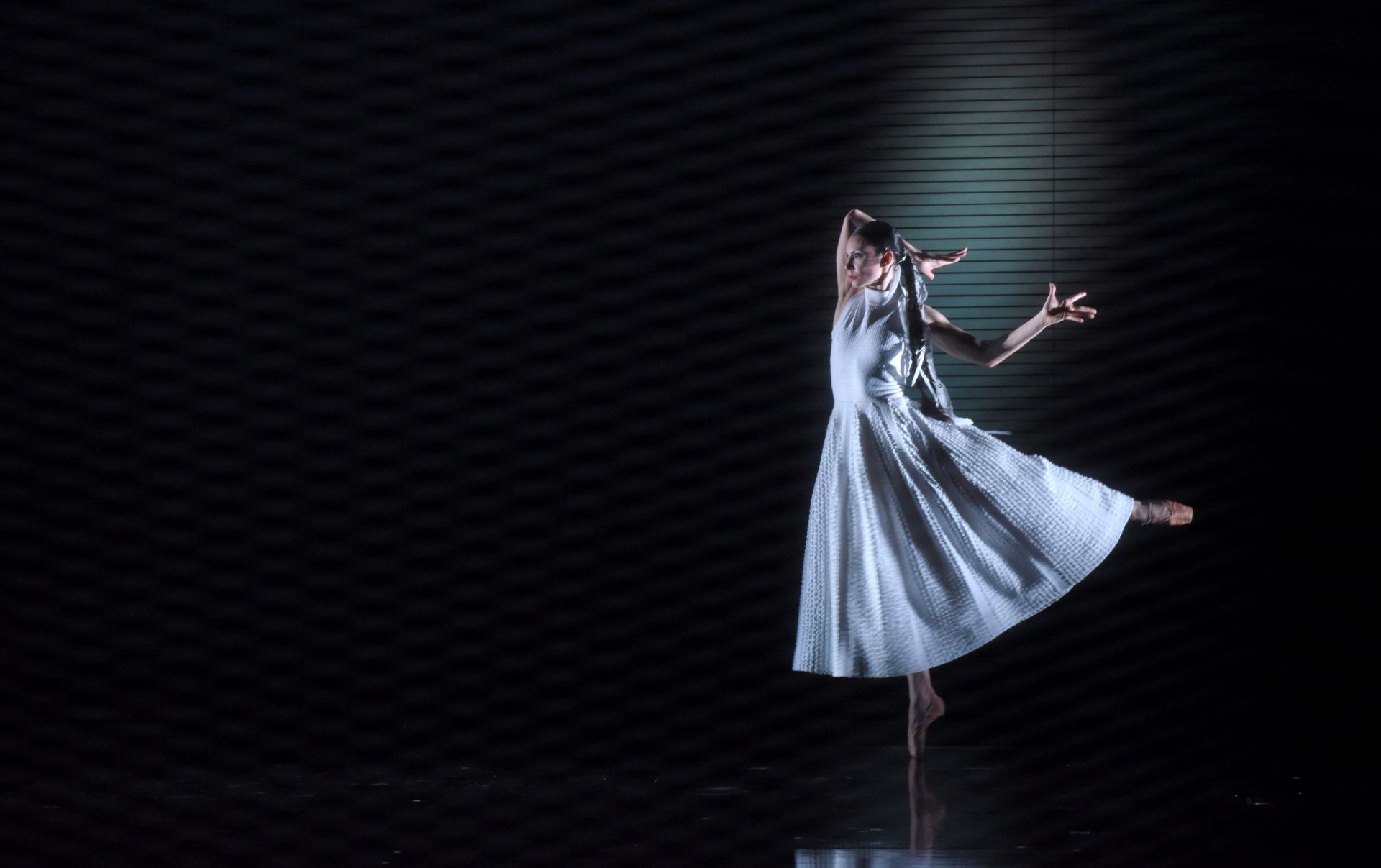 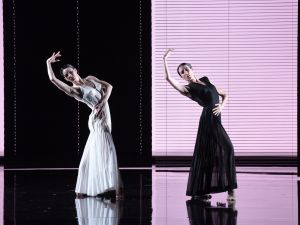 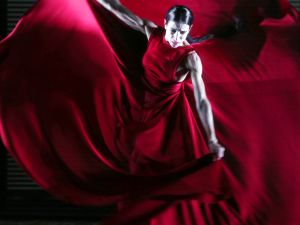 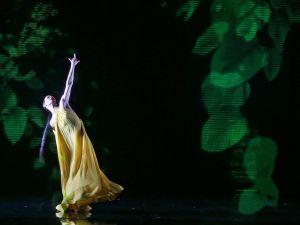 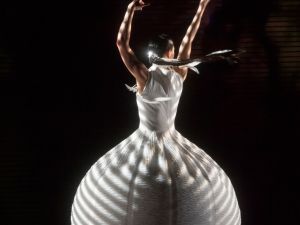 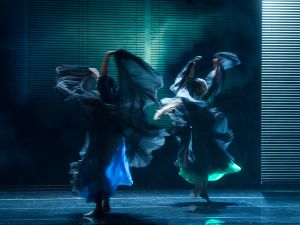 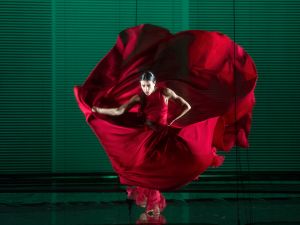 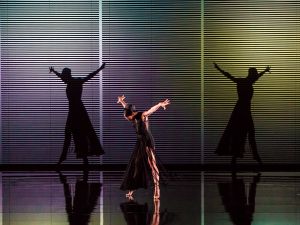 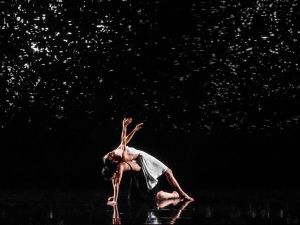 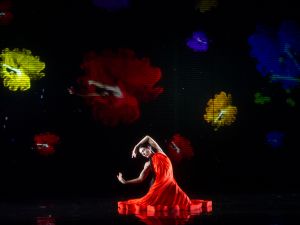 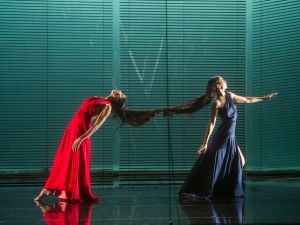 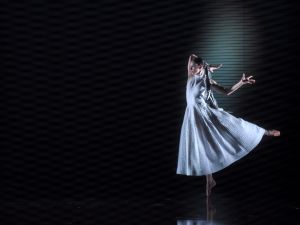 Any given dance savant will proudly tell you that Blanca Li is one of the great choreographers of our time. The Spanish-born, Paris-based fifty-three year-old is an extraordinary dance polymath, collaborating on projects with everyone from the Paris Opera Ballet, to the Metropolitan Opera, plus Pedro Almodovar, Beyoncé, Kanye West and even Coldplay. So the fact that she’s bringing her latest performance to Manhattan’s New York City Center theater for three nights only at the end of this month, from March 30 to April 1, means the city’s dance community is positively abuzz.

“Goddesses and Demonesses” is a two-woman show, also starring Bolshoi Ballet principal dancer Maria Alexandrova; it serves to explore ancient ideas of femininity. “I wanted to do this show about women, inspired a lot through ancient mythology,” Li told the Observer. She was calling from Paris, fresh out of rehearsals. “In the show, we keep going back and forth, different personalities throughout these mythologies but also the history of women through dance.”

It’s been a passion project for Li, and one that has been in the making for two years. “From the moment I first met Maria, I knew it was right,” she explained. “What is funny is that she doesn’t speak much English and I don’t speak much Russian, so the way we communicated was very strange. It had to be more about the dance.”

Alexandrova’s specialty is classical dance, and she is especially strong on pointe; Li’s expertise lies in the realm of modern dance and flamenco. “When we got together in the studio we had to find the way to get the best of each other and the best way to dance together. That was most interesting.”

The final result is a stunning tableau of dance, with choreography that brings out the best of both dancers. The combination of Alexandrova’s classical ballet with Li’s modern dance creates a synergy that is somehow greater than the sum of its parts. It comes as no surprise that “Goddesses and Demonesses” will be remarkable from a dance perspective, but fashion enthusiasts will also be pleased to know that the costume design also features an all-star cast. That includes custom pieces from Azzedine Alaïa, Jean Paul Gaultier, Stella McCartney and Sophie Theallet. It’s an exceptional group of designers that might not normally come together to collaborate on a single project—but all, at one point or another, have fallen under Li’s spell, and jetéd, if you will, at the opportunity to costume her latest work.

Each designer costumed a different section of the piece. Alaïa, for example, created a dramatic crimson gown that Li describes as one of the most difficult dresses she has ever had to dance in. “It is very, very long and very heavy, and red like blood,” she said. “I call it ‘the animal’ because it comes alive when I dance with it – I almost have to fight with it. It is truly beautiful.”

The show debuted in Paris last year at the Théâtre des Champs-Elysées to immense critical acclaim, but Li has been eagerly anticipating its New York run for months. After all, she moved to Manhattan at the age of 17 to study dance with Martha Graham and Merce Cunningham. She credits the five years spent in Manhattan as some of her most formative. “If I didn’t go to New York I wouldn’t be who I am today,” she said. “It’s like being home in a way. I only knew about classical dance before I moved there, and I had no idea modern dance existed. New York is an audience that knows a lot about dance and for many years has been the center of creation. It changed my life completely.”

So whether you are dance enthusiast, a fashion addict or you’re just curious to see the woman who Beyoncé and Kanye West turn to for inspiration, be sure to check out Li’s upcoming New York show.