Healthcare law in the United States is a confusing mess, and that was true before the latest political debacle of repeal and replace in which Republicans attempted to switch out the current broken scheme for one that was simply broken in other ways. This failure has been trending news for a week and there is no need for me to rehash it here.

There is, however, hope for a solution. The New York Times reports that neither repeal nor replace are dead. According to some, the Republicans’ failure last week was a result of combining repeal and replace. Now Republicans are going to take their time.

Senator Ted Cruz, of Texas, presented a promising outline for repeal and replace weeks ago in the vain hope of saving Republicans from their self-inflicted injury. His advice was not heeded, but it is worth revisiting now.

In “The Right Way to Repeal Obamacare” in Politico, Sen. Cruz offered the basics of his plan. After outlining a procedural strategy to seek repeal by relying on the 2015 repeal language overwhelmingly supported by Republicans, as well as adding the previously excluded insurance market regulations to repeal the entirety of Obamacare, he called for common sense reforms.

Cruz is the rare legislator who recognizes that industries — healthcare included — do not require a 2,000 page monstrosity of a bill. (If the legislators can’t absorb what they are voting for, how can we expect everyday citizens with livelihoods that do not allow for hours and hours spent pouring over insurance rules to manage their medical coverage?)

The proposed common sense reforms are: competitive and innovative insurance markets which are open across state lines and risk classes, health savings accounts, and portability.

Policy commentary often covers the advantages of competitive markets and the details of HSA’s. Here at Arc Digital yesterday, Ryan Huber started a series on healthcare. The first installment covered medical innovation costs and how high U.S. medical costs are partly a result of the U.S. subsidizing research for the rest of the world.

Portability, however, gets short shrift. Americans are so used to our system of health insurance tied to our jobs that we hardly notice the oddity of having employers pay for employee health coverage. But it is odd.

Why — how — did American health insurance become tied to employment? The answer is the same reason that buildings in London display a striking number of bricked over window openings: taxes.

Taxes are practically Pavlovian. Once upon a time, the English government based property taxes on the number of windows a structure had, and thus the people reduced their tax bill by covering up windows. In a similar fashion, U.S. federal government tied health insurance to employment by creating a New Deal tax dodge. Since that has happened, it has rarely occurred to us to mind the marriage, even though it is a source of many of our medical insurance woes.

Among the many crazy laws of the New Deal, such as destroying crops in the midst of a famine as memoralized by “kerosene sprayed over golden mountains” in The Grapes of Wrath, the 1942 Stabilization Act set salary caps. It was an income equality and inflationary measure, which in hindsight seems cruel compared to our modern minimum wage debates.

To entice the best available employees, employers started offering health coverage as additional compensation. Before WWII, healthcare was more catastrophic or palliative, but it didn’t take long for advances in the medical field to turn health insurance into something very desirable.

The off the tax-books compensation quickly became valuable enough that by 1945 the War Labor Board ruled that employers could not modify or cancel group insurance plans during the contract period. Employees had relied upon the offer of healthcare insurance, and so employers were obliged to keep offering it. Health insurance as an employment perk was becoming universal.

Then came the tax break to firmly and formally tie health insurance to employment. The 1954 Internal Revenue Code made employer contributions to employee health plans exempt from the employee’s taxable income and clarified that they were deductible expenses for the employer.

The lack of portability of health insurance? It is a bad habit encouraged by the tax code.

The tie worked well for those decades in which employees stayed with a single company for their entire life and in which insurance companies underestimated their costs. As healthcare has improved and our life spans have lenghtened — positive developments, of course — care costs rapidly changed.

It is easiest to see this in the long-term care market. When long-term care plans for elders became popular, actuaries underestimated not only how many people would live past the time they could care for themselves, but also how many years they might live in that condition. Thus, the early long-term care plans were cheap. Now only a handful of insurance companies offer them because they are so expensive.

The general healthcare insurance market did not miss by quite that much, but rising costs made employers reluctant or unable to continue carrying plans by the turn of the century. The American workforce had already become more mobile and faced the complications of switching insurance whenever they switched jobs, or sourcing their own insurance for those independent contractors of the gig economy.

But the U.S. insurance market was neither set up nor regulated to allow for proper development of an individual insurance market. We still look to fix healthcare through employment-based plans, and many of the tangential debates, such as birth control coverage, are a direct result of our unnecessary habit.

Taxes and habit hold our health insurance and employment together. The portability that Sen. Cruz has suggested is radical only because it has occurred to so few policy makers. But the people and the economy have been clamoring for this reform for some time.

Let’s give portability a chance and stop crafting legislation based on an employer-provided healthcare model.

Leslie Loftis is a lawyer and freelance writer covering law, feminism, and culture in the US and the UK. This article originally appeared on Arc Digital. 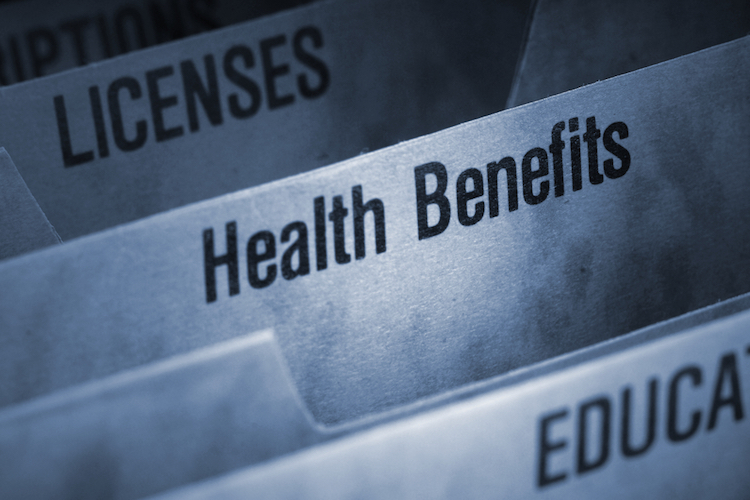