For as long as I can remember, having an actual need to wear eyeglasses was pretty high on my list of lifelong goals (it’s right up there alongside having curly hair and being about four inches taller). The key word there is need, as I have 20/20 vision and I always thought it was frivolous and silly to don a pair of frames with useless clear frames. So, save for a short stint in college, I have remained glasses-free.

That is, until I found out about eyewear that even I could find a requirement to wear. The glasses in question would protect against the harmful rays emitted by computers and cell phones. Yes, apparently high-energy visible (HEV) rays can harm your delicate eyeballs and as a fully employed person in the 21st century, I spend well over eight hours each weekday staring directly into these rays.

HEV rays fall on the visible side of the light spectrum (as opposed to the non-visible end, where UV rays can be found) and they refer specifically to blue and violet light that has a short wavelength. For reference, check out this visual of the light spectrum. These rays come from the backlight of your iPhone, laptop, cellphone, TV and basically anything else you love to stare at for hours on end. Prolonged exposure to HEV can cause eye strain and that headache you get around 3 p.m on a workday. To put it frankly, this is not the best news. And it gets worse.

“Recent studies suggest that the blue end of the light spectrum may also contribute to retinal damage and possibly lead to AMD,” the American Macular Degeneration Foundation proclaims on their website. “The retina can be harmed by high-energy visible radiation of blue/violet light that penetrates the macular pigment found in the eye.”

That’s where my chic optics come into play. To be frank, harmful HEV rays and blue light weren’t on my daily list of things to worry about, until I opened an email from EyeBuyDirect. The affordable optical destination shared a few details about how my computer was harming my precious eyes. They also offered an easy solution: get a pair of glasses equipped with Eyezen lenses that effectively filter out HEV rays. I was sold, instantly. Well, I was after I perused their site and saw that they had a selection of cute frames.

I ordered five pairs and settled on these brushed metal aviators (which have since sold out) as my go-to pair. They were just delicate enough for my oval-shaped face and they were just weird enough to feel like an Instagram-worthy accessory. I also noticed that they made my computer screen appear significantly brighter, albeit with a yellow tinge. According to EyeBuyDirect Product Manager, Marius Ohl, this is an added bonus of the frames.

“This feature is called Eyezen Focus,” he told the Observer. “It’s distributed in the bottom portion of the lens and helps to support eye focus efforts when using digital devices according to physiological needs.” He went on to explain that the frames are also adept at filtering and blocking a portion of blue-violet light, while permitting the remaining, less harmful blue light spectrum to pass through.

A few fellow Observer editors commented on my new look, thanks to the frames and I offered them the extra pairs I ordered. In return, I asked them for an honest review of the EyeBuyDirect glasses.

“I actually get bad headaches from staring at a computer screen so frequently, and the HEV frames have definitely helped reduce that,” staff writer Morgan Halberg told me. “The screen is way easier to look at when wearing them; kind of like having your iPhone set to night shift.”

Photo editor, Kaitlyn Flannagan, agreed: “I do think they make my screen look a little less harsh, so maybe they’re helping in a preventative way. When it comes to aesthetics, I love glasses and I feel very cool wearing them.”

Emily Assiran, Observer’s photo director told me that the EyeBuyDirect glasses make her screen seem less intense and keep her eyes from getting tired while she edits. So there you have it, we’re all pretty happy with our new frames. And, as the style editor, I have to admit that we all look rather sharp while wearing our new eyewear.

However, it turns out that HEV protection goes well beyond just cool glasses; the possibility of these rays wreaking havoc on your skin is very real.

As it turns out, there are a few skincare products that promise to serve as a shield against HEV. MAKE Beauty’s Moonlight Primer is a rather chic example. The formula, which is totally black, comes in a brushed glass bottle. The delicate formula turns transparent when rubbed into the skin, and uses melanin and polygonum aviculare extract to shield skin from the harmful wavelengths. The primer also includes Undaria Pinnatifida, otherwise known as wakame, or the seaweed found in your average miso soup.

According to Adrienne Pena, MAKE’s product developer, it’s also an effective skincare ingredient. “It is rich in minerals and vitamins, and topically offers effective protection against free radicals and the effects of pollution that are becoming widespread in urban areas,” she told Observer.

Another option is Farmacy‘s Green Screen Daily Environmental Protector Broad Sunscreen. Armed with SPF 30, this light formula blocks both UVA/UVB rays, in addition to HEV. It’s non-greasy and blends easily into skin under makeup, without leaving any chalky white residue. It protects skin with Titanium Dioxide and Zinc Oxide, along with Chokeberry and Marigold extracts.

“We know that this light has been to shown to advance collagen breakdown, dark spots and wrinkles,” said Farmacy co-founder Mark Veeder, referring to HEV and UV rays. “It was important to us to develop an everyday product that defends against these harmful rays naturally, and we’re proud to say we have achieved that with Green Screen.”

This Farmacy sunscreen won’t be in stores until mid-March, but is definitely worth the wait, as it will easily become a daily addition to your skincare routine.

After doing a bit of research, I wanted to properly confirm my fears that HEV rays might be ruining my skin. So I emailed a few urgent questions over to Dr. Shilesh Iyer, who practices with New York Dermatology Group.

“We don’t have enough data to truly assess the risk, but it is hypothesized that prolonged exposure to HEV and visible light may accentuate skin aging concerns such as pigmentation and skin texture due to the fact that they penetrate deeper into the skin than UV rays,” the dermatologist explained. “UV rays are a known danger compared to HEV rays because they cause damage to the cell’s DNA that can result in skin cancer. HEV rays do not affect DNA in this manner so do not carry the same skin cancer risk as UV rays.”

He confirmed that physical blockers (like glasses) and tinted makeup can provide a barrier against the rays, so we can assure you that these products are a worthy investment. After all, it’s a much better alternative to throwing away your computer/iPhone/everything else that provides you with joy in life. 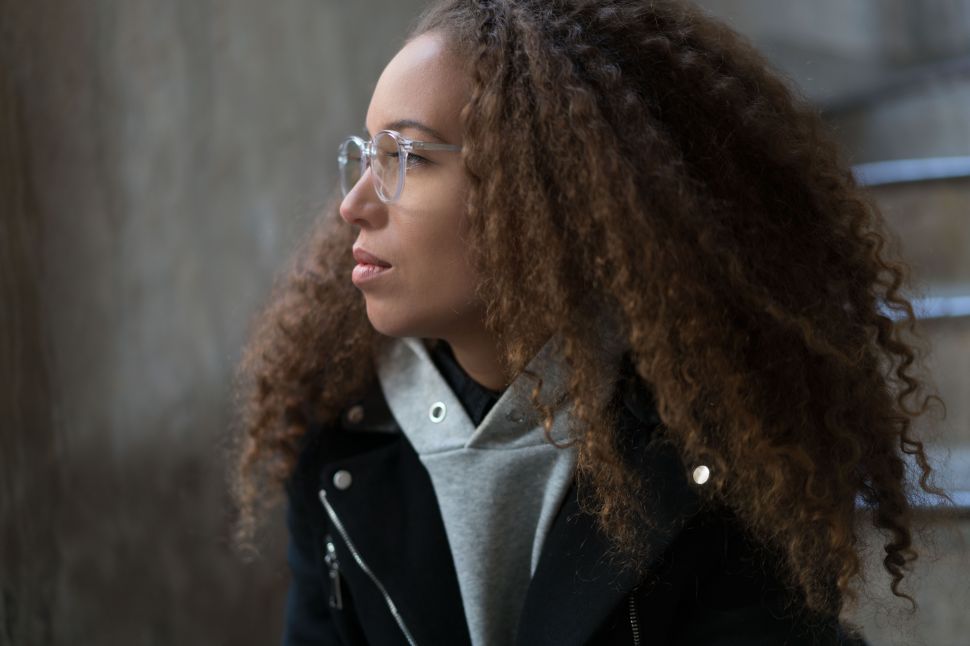