On Tuesday night the former Lizzie McGuire starlet was surrounded by wine, Instagram-worthy DIY flower wreaths and a particularly popular photo booth (although it wasn’t the infamous Kardashian-approved one) at The North Cabana at La Sirena in Meatpacking.

Lindsay Lohan’s former nemesis was surrounded by 20-somethings in their best Los Angeles-inspired florals, hoping to snap a picture of their childhood icon (unfortunately, her cartoon version did not attend). Sadly, selfies with the star were frowned upon.

The Callie Collection launches this month, and includes a California Pinot Grigio, Chardonnay and Fresh Red Blend. At only $13.99, they’re easy to grab and bring to a friend’s Pinterest-inspired get together. If you’re feeling particularly generous, you can follow Duff’s lead and put together a matching bar cart. Or, you could simply buy a pre-made one, instead. DIY is so yesterday. 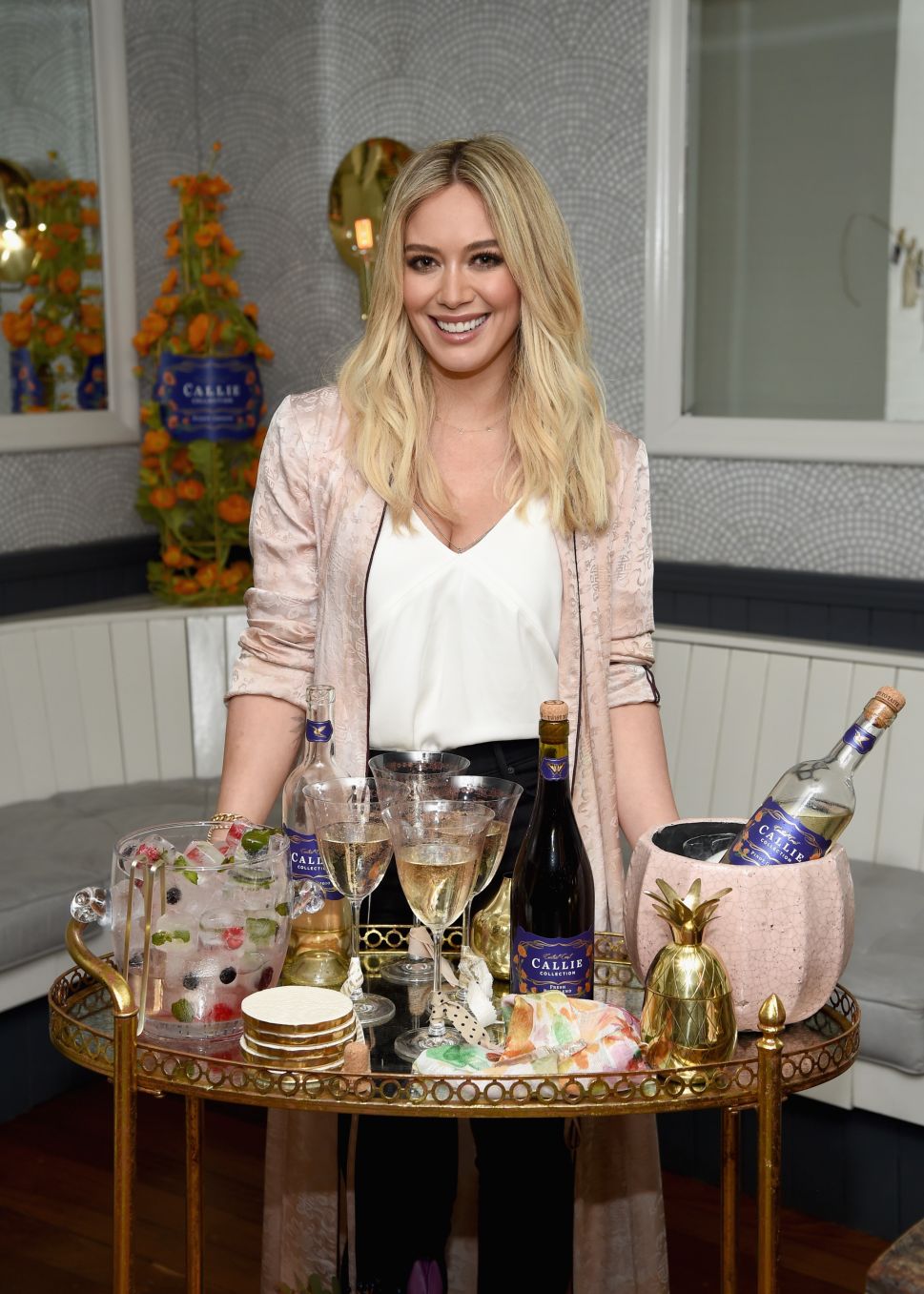