Nearly every poll and mainstream media outlet predicted that Hillary Clinton would win the 2016 election, and her loss was an embarrassment for the Clinton establishment and Democratic Party. Since the election, the Clintons and their loyalists have been pursuing a calculated public relations campaign to rehabilitate the damaged Clinton brand. This signals an eventual return to politics for Hillary Clinton and the beginning of a political career for Chelsea Clinton.

Less than a week after the election, rumors began circulating that Chelsea Clinton was being groomed for a congressional run. Though Chelsea denied rumors that she planned on running for the Senate in 2020, rumors about a congressional run have persisted. Chelsea Clinton has received an immense about of media coverage for criticizing Trump on Twitter. Several mainstream media outlets have sensationalized even her benign tweets, such as a post about spinach pancakes. On March 16, several media outlets reported that Chelsea Clinton would be publishing a children’s book, exploiting for monetary gain the widely touted slogan “she persisted,” which was developed by Democrats in response to Sen. Elizabeth Warren being silenced by Senate Majority Leader Mitch McConnell for reading a letter Coretta Scott King wrote about Attorney General Jeff Sessions in the 1980s. Chelsea Clinton running for Congress in 2018 would be disastrous; anointing another out-of-touch Clinton to serve as a spokesperson for the Democratic Party would repel even more voters than Hillary Clinton’s candidacy did.

Hillary Clinton has received similar attention from the media. Though being a former presidential candidate warrants some of it, her appearances, tweets and messages to the public have been opportunistically orchestrated to maximize the public relations benefits to her career. After her election loss, supporters posted selfies with Clinton hiking in the woods, which mainstream media outlets covered ad nauseam. “It was a very dark day yesterday. I just feel like the fact I ran into Hillary while I was trying to clear my head, was sort of like a hopeful sign. I hope the picture brings hope to people who need it,” a Clinton supporter who encountered Clinton in the woods two days after the election told CNN. Clinton’s first public appearances after the election were in environments where she was sure to be lavished with praise and admiration: a visit to to a Children’s Defense Fund event, surprising Katy Perry with an award and attending a Broadway show at which she received a standing ovation. In the media, rumors began circulating that Clinton was considering running again in 2020. Even more widely circulated was the rumor that she will run for mayor of New York City. Every Clinton tweet has received a flood of media coverage. The first plans she announced post-election were predictably self-serving; she finalized a lucrative book deal for her memoir, is reissuing her 1996 ghostwritten children’s book It Takes a Village and is returning to the highly paid speech circuit.

On March 17, Clinton foreshadowed a return to the public spotlight at the Society of Irish Women’s 19th Annual St. Patrick’s Day dinner in Scranton, Pa. She told attendees of the event, “I am ready to come out of the woods and to shine a light on what’s already happening around kitchen tables at dinners like this to help draw strength to enable everyone to keep going. That’s the spirit of Scranton.”

Hillary Clinton is still held in high regard by the political establishment. The Democratic Party has focused on making excuses and blaming others over recognizing flaws in Hillary Clinton’s campaign. However, Clinton remains widely disliked in the public. Her favorability rating is at 40 percent, which is even lower than Donald Trump’s. With Clinton’s resurgence looming, the Democratic Party has failed to enact reforms that should have resulted from handing the presidency to Donald Trump and majorities in Congress to Republicans. 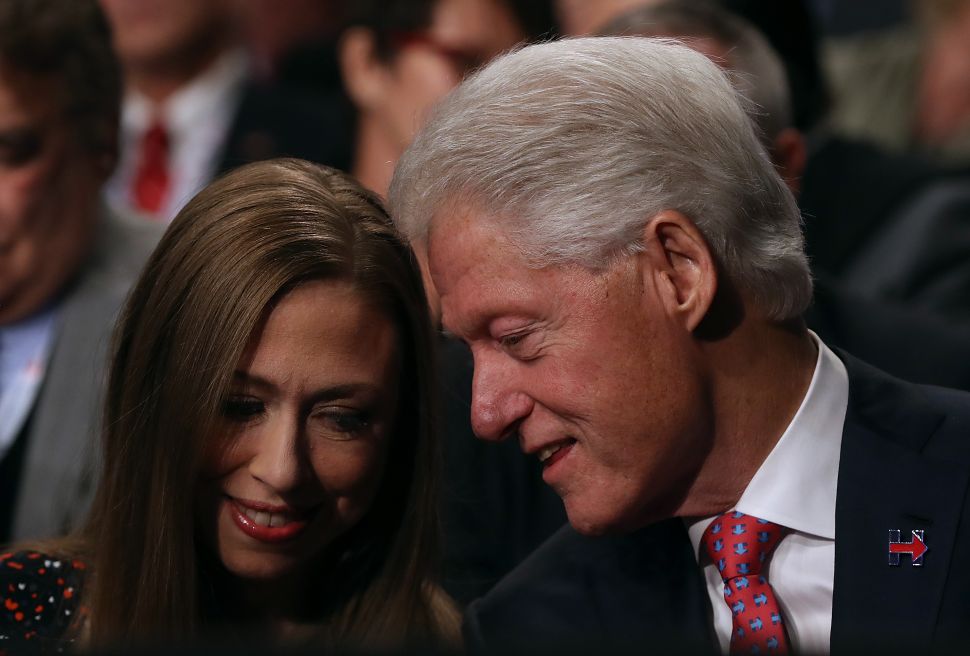