One of the most widely circulated post-election rumors about the Clintons is that Hillary Clinton will resume her political career by running for Mayor of New York City against incumbent Bill de Blasio. With an FBI investigation into his campaign fundraising looming large over his bid for re-election, the opportunity could be Clinton’s saving grace after her embarrassing defeat in November.

De Blasio has taken hits for Clinton before. During her presidential campaign, de Blasio took the blame for a racist joke the two made during an annual New York City Press Dinner. “Well, look, it was Mayor de Blasio’s skit. He has addressed it, and I will really defer to him because it is something that he’s already talked about,” Clinton told Cosmopolitan.

Since Clinton’s election loss, her loyalists have been desperate to revive the Clinton image. Though Clinton’s presidential campaign ended in defeat months ago, the arrogance her campaign injected into the Democratic Party has yet to subside as her loyalist supporters fail to recognize the lessons that the defeat should have taught them. These Democrats remain blind to the damage Clinton has inflicted on the party and are eager to continue with their unabated praise and admiration. Every tweet Clinton has sent from her account since the election has received coverage from mainstream media outlets. These outlets have also praised her daughter, Chelsea Clinton, for her tweets opposing Trump and have also fueled rumors speculating a future Chelsea Clinton congressional bid.

In New York City, supporters desperate to resurrect Clinton’s career have begun posting “Hillary For Mayor” signs. However, if the Democratic Party wants to optimize their chances of recouping the drastic losses they suffered under the Obama administration, it would be wise to suppress Clinton’s future political plans. Outside of her cult-like fan base, Clinton remains widely disliked among American voters.

"Hillary for Mayor" signs popping up in NYC. pic.twitter.com/jozK9pySld

Even some moderate Republicans who have defected to the Democratic Party due to Trump are repelled by Clintonism and the Clinton’s reputation of corruption and scandal. “Hillary Clinton is the only politician who seems to be routinely discussed by fans in terms of what she deserves vs. what the country does,” Business Insider Senior Editor Josh Barro tweeted. “What the country needs is for the Democrats to get past the Clintons and their toxic brand. So, the best thing for Hillary to do is nothing.”

Vox’s Matthew Yglesias, who advocated for Clinton throughout her campaign, has called for Democrats to stop elevating the Clintons as spokespersons for the resistance against Trump. “Chelsea Clinton’s Twitter account is Bad For The Democrats,” he tweeted. “The initial launch of Hillary Clinton into big-time politics made sense because Bill Clinton was super-popular. Leverage a popular brand! But the Clinton brand is currently not popular at all. Time to let it go!”

Given the pervading sense of entitlement from Hillary Clinton and her avid followers, they are unlikely to let dreams of a Clinton resurrection go, and the Democratic Party—whose favorability has been trending downward since the election—will continue to suffer. 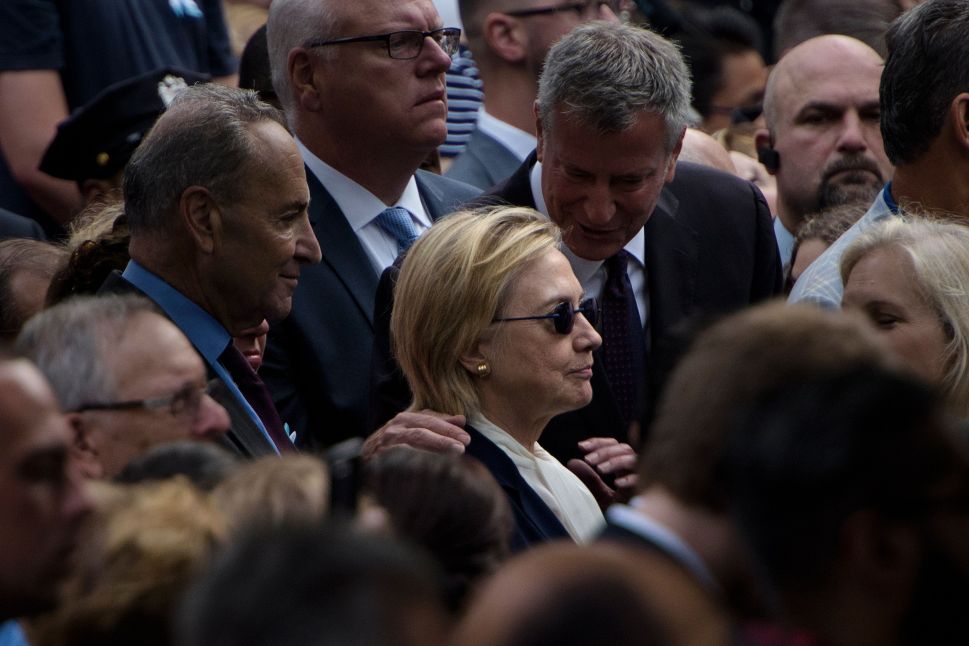