After losing the presidential election in 2012, Mitt Romney disappeared. The only evidence he still existed came from random sightings—at a movie, a gas station, Disneyland, Costco, McDonald’s, etc. Romney posted a Thanksgiving photo on Facebook and visited the White House on November 29, 2012 at President Barack Obama’s request. He then completely dropped off the face of the earth between December 9, 2012 and February 27, 2013.

It wasn’t until about this time in 2013 that he spoke publicly in an interview with Fox News, after which he disappeared again until people began asking for his opinion on the 2016 presidential candidates.

The same cannot be said for Hillary Clinton. The day after the election, Clinton was photographed with a supporter. She gave her first post-election address just eight days after losing.

“I know many of you are deeply disappointed about the results of the election,” Clinton said. “I am, too—more than I can ever express.” She added, “There have been a few times this past week when all I wanted to do was just to curl up with a good book or our dogs and never leave the house again.”

Clinton has also been tweeting regularly. Well, someone’s been tweeting from her account, because some are signed “-Hillary” or “-H” to signify they’re actually from the former candidate. Each time Clinton, or someone, tweets from her account, articles are written. The account tweeted on Inauguration Day and in support of the Women’s March (though none were signed from Clinton herself).

Clinton recorded a video message weeks after the march for the 2017 Makers conference, telling participants “the future is female.”

“And remember, you are the heroes and history makers, the glass ceiling breakers of the future,” Clinton said. “As I’ve said before, I’ll say again, never doubt you are valuable and powerful and deserving of every chance and every opportunity in the world.”

Well, so long as you’re a woman who holds liberal viewpoints.

Clinton also announced around this time that she would be writing a book of personal essays that included her favorite quotations. That’s just what we need—another book—after her last one sold just 2,912 copies in its first week.

On February 24, Clinton released another video, this one aimed at the Democratic Party. Did she suggest that the party reflect on its losses over the past eight years (with the obvious exception of the presidency)? Of course not, because Democrats haven’t learned anything from the past election. The GOP conducted an “autopsy” after their 2012 loss (and, depending on how you view the current Republican Party, have either stuck to it or thrown it in the garbage). Democrats have done no such thing, instead doubling down on their failed strategies and blaming everyone—“uneducated” voters, the Russians, “fake news,” etc.—for their election losses. They have yet to acknowledge that their years of playing identity politics turned off a big chunk of their base, who felt that the party was no longer fighting for the working class.

Instead, Clinton offered platitudes that serve as nothing more than a reminder as to why she lost in the first place.

“We as Democrats must move forward with courage, confidence and optimism and stay focused on the elections we must win this year and next,” she said. “Let resistance plus persistence equal progress for our party and our country.”

Why is Clinton remaining in the public eye? Perhaps Democratic supporters are different than Republican supporters, because after McCain and Romney lost, Republicans didn’t want to hear from them (I still roll my eyes when Romney is asked for political advice).

Does she want to be a Queen maker? Could she be? She didn’t exactly help her party in November, and Obama’s more likely to be influential since he actually won two presidential elections (though it’s also clear he can’t get people to vote for anyone but himself).

Maybe she’s just looking for work. The Clinton Global Initiative was conveniently shut down after foreign donations dried up following Clinton’s loss (but we weren’t supposed to see any conflicts of interest there). I doubt that she will get as many high-paying speaking gigs as she did when people thought she’d be the next president.

Maybe it’s simpler than that. Maybe she just needs something to do. Forgive me if I don’t value the opinion of a twice failed presidential candidate. 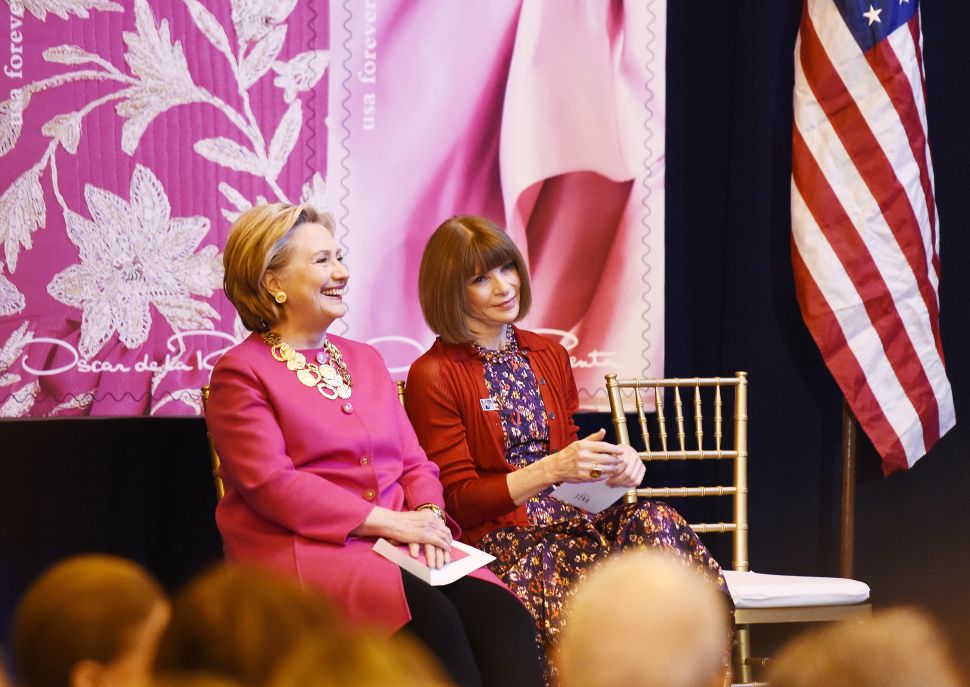