Hillary Clinton hasn’t made any comments on the Republican Party’s effort to repeal Obamacare. The closest thing she has said on the topic is a tweet asking her followers to read a book on healthcare that her daughter Chelsea wrote with the chair of Public Health at the University of Edinburgh Medical School. Despite being completely absent during Democrats’ fight to keep Obamacare intact, Hillary Clinton tweeted out a statement and a series of crafted anecdotes to capitalize on the Republican Party failing to pass their healthcare bill on March 24.

“Today was a victory for all Americans,” Clinton said in the statement, citing the healthcare rallies and town hall meetings that mobilized opposition to the Republican Party’s efforts, which she participate in. “The fight isn’t over yet—we will have to push back on future bad ideas and embrace good ones to make healthcare more affordable.” However, Clinton didn’t push back on Obamacare repeal efforts until a victory emerged that she could align herself with.

Clinton concluded her series of tweet series saying, “Let’s not be distracted. Let’s continue to stand up, organize, resist, put forth good ideas to improve the existing system & peoples’ lives.” Clinton failed to put forth good ideas to improve peoples’ lives during her campaign; instead she focused on manufacturing outrage toward Donald Trump. She tells her supporters not to be distracted, yet her and her staffers have focused on Russian election interference allegations over discussing good policy.

Despite once supporting single-payer healthcare and polls showing that most Americans support replacing Obamacare with a single-payer healthcare system, Clinton claimed during the campaign, “It will never, ever happen.” Meanwhile, Chelsea Clinton overtly lied about Sen. Bernie Sanders’ healthcare plan at a campaign event, claiming that Sanders would empower Republican governors to take away Medicaid.

Clinton’s current criticism of a single-payer healthcare system is symptomatic of the Democratic Party’s overall politics, which have shifted to a centrist, more “pragmatic” position—one that happens to cater to the health insurance and pharmaceutical industry. Several Democrats, including Sen. Ted Kennedy, have previously argued that a single-payer healthcare system would be the best solution.

As she attempts to portray her brand of politics as successful, Clinton never fails to miss an opportunity to exploit any semblance of victory—despite often having no role in the fight. In line with this trend, Clinton tried to steal credit from Gov. Andrew Cuomo and Sen. Bernie Sanders in their announcement of plans to try to bring free public college tuition to New York, though her campaign strongly pushed back on Sanders’ supporters from including it in the Democratic Party’s platform.

Similarly, when Trump’s Muslim travel ban was knocked down by a federal court, Clinton and her campaign staffers tried to align her with the victory, despite her record on contributing to perpetual unrest in the Middle East, propagating Islamophobic views in “The War on Terror,” and allying herself with powerful figures that have overtly spread Islamophobia.

Hillary Clinton doesn’t fight for policies that benefit working, middle class and low income Americans. If she did, she would have engaged with communities that were hurting across the United States—as former President Barack Obama did in 2008 and 2012 and as Sanders is currently doing—and she would likely be president instead of Trump. Instead of learning this valuable lesson, the Democratic Party has maintained its out-of-touch leadership and billionaire donors, while blaming the party’s election loss on a variety of scapegoats. 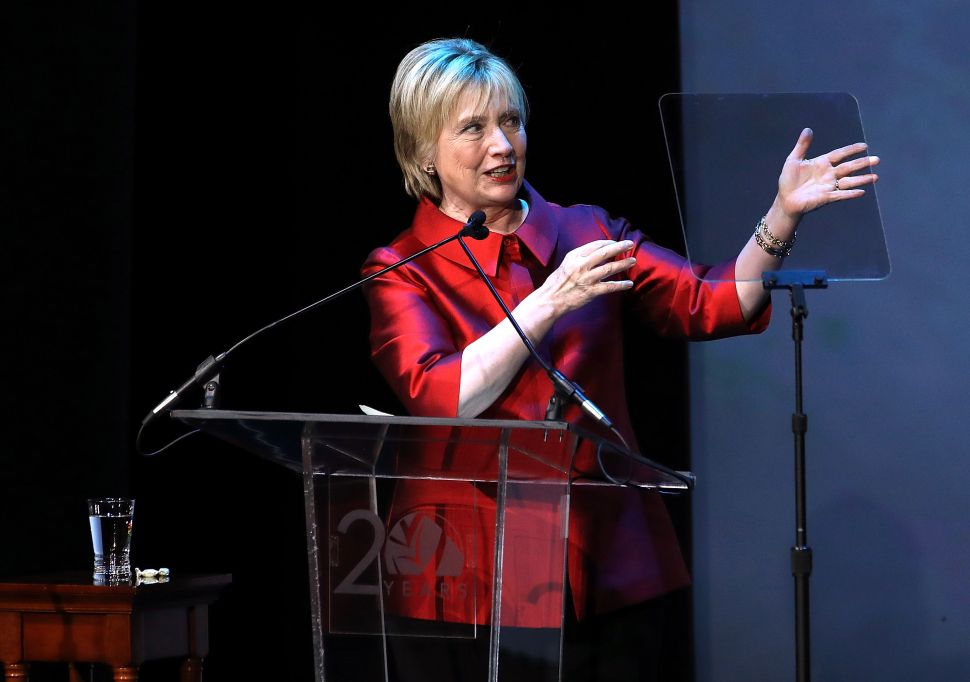