In case you haven’t noticed, fashionable types and savvy vintage purveyors are clamoring to get their hands on sporty street-wear from the 1990s. Two brands in particular are getting the benefits. Guess and Fila were hot brands for the “it” kids of the ’80s and ’90s in New York City. Then the 2000s arrived and to be seen sporting Guess’s upside down triangle logo or a bubble-lettered Fila “F” became taboo. Now, simply scroll through any Instagram explore page in 2017 and you’ll see a full-scale revival is underway thanks to Harlem rapper A$AP Rocky.

Rocky, a major influencer and figure in today’s youth culture, has acted as a breath of fresh air for Guess and Fila. Founded in the 1980s, Guess became a huge denim brand until Tommy Hilfiger and Calvin Klein jeans really took off in the ’90s.  Thanks to the rising competition, the Guess company took a hit and stocks dropped dramatically. On the other hand, Fila, a company founded back in 1909 experienced a  boost in the 1990s when A-list celebrities such as Dr. Dre became known for religiously wearing the sportswear brand. But that didn’t make the brand immune to push back in the early 2000s when the arrival in style of extremely low rise jeans made Fila  the mark of a social pariah to anyone under the age of 18.

Despite their past slumps, both companies have struck gold thanks to public backing by Rocky. The rap star was photographed sporting over-sized Fila sweaters  in Paris with model Kendall Jenner and while sitting front row at New York Fashion Week. He’s also recently collaborated with Guess and was spotted at several high-end events sporting his own Guess x A$AP Rocky light blue denim jacket and rainbow logo’d T-shirt. This constant exposure has led to more and more people willing to pay very non-’90s prices for quintessentially ’90s pieces.

A$AP Rocky earned his fashion kudos through his care-free approach to style. His way of throwing outfits together, mixing old school baggy tops with edgy, new pieces helped propel him into being the face of Dior Homme’s autumn/winter 2016 collection. The star also has an Adidas endorsement under his belt and has starred in advertisements for high-end fashion brands including Alexander Wang. Rocky’s magic potion is a heady mix—his image is young and carefree but also upscale and chic, something the youth market of today demands from their brands. He is one of the prime influencers in the new wave of fashion, perfectly packaging New York City’s high end insouciance.

Fila has ventured even further into fashion, the sportswear behemoth recently partnered with Gosha Rubchinskiy, whose average price on a jean jacket is $555. The red and white Gosha X FILA T-1 Sneakers Rocky was spotted wearing at New York Fashion week run for $146, which is a stark stretch from a company whose products sold in the $50 range years ago. In addition, the average Guess X A$AP Rocky T-shirt runs to over $180 dollars, which is slightly higher in comparison to their low prices of the early 2000s.

No question, the numbers show that the ’90s has made a phoenix-like style comeback, picking up some new faces along the way. Which leaves the fashion world wondering: is this a question of careful rebranding or the ultimate pull of personality power. We think the latter. 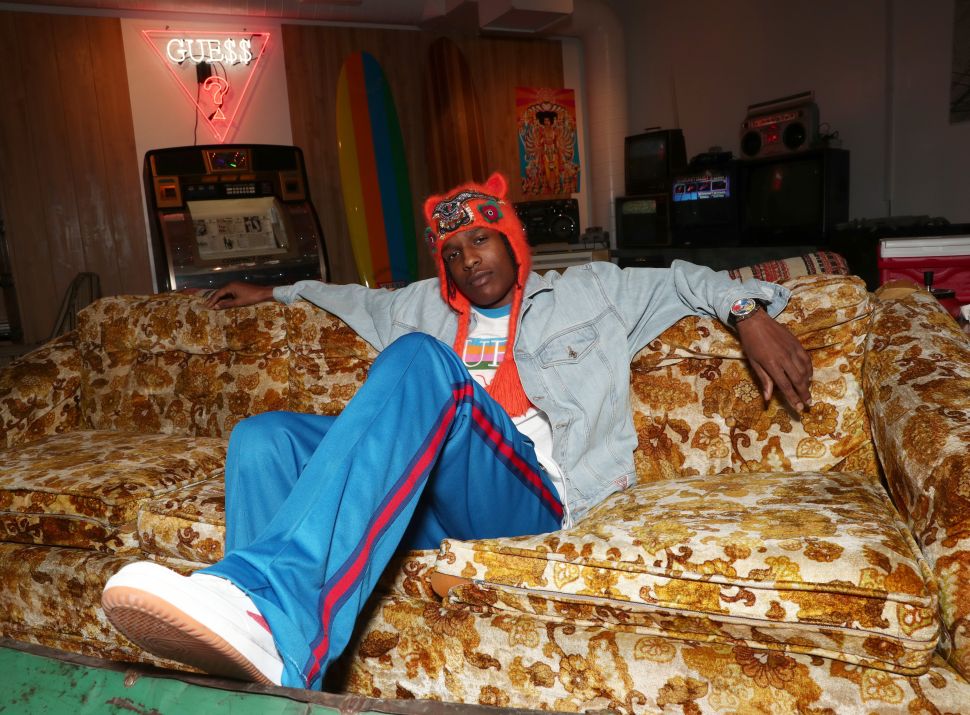