You’ve validated your idea, reached out and spoken to customers, gotten relevant feedback from everyone you know (and some you don’t!), and now it’s time to take the plunge.

But stepping out over that ledge takes more than a little bit of courage, strength, and determination.

Yes, we know, talking about money can be taboo.

But unless you’ve decided to try to build your app yourself, you’re going to have to account for some development costs.

Building a mobile app can cost anywhere from a few thousand of dollars to hundreds of thousands of dollars depending on a number of factors.

After working on thousands of mobile app projects in Crew, we’ve put together a list of the factors that will affect how much it will cost to hire a freelance developer.

First, let’s look at some of the questions you should be asking yourself before you reach out to a freelancer and then go into 3 easy ways to potential cut costs on app development.

Question 1: What features does your app really need?

For any mobile app project, there are unlimited features you could choose to build and hundreds of options of how to build each one.

So the very first thing you need to consider is exactly what features your app will need and which ones are the most important.

Creating a priority list of features like this will be the first step in defining a budget and timeframe for your app. It will also help you determine what can be done now versus later. Of course these priorities can always change, but it’s a helpful way to nail down the simplest way to create your app:

Here’s an example of an app idea broken down into features by priority:

App idea: We’re looking to design and develop an iPhone app to help people collect and share inspirational images. We imagine it as a blank space to drag and drop images from your phone’s camera and share those images with someone using a link.

Nice to have elements:

With this list, you can now decide what to include and what to leave out based on your overall budget.

Question 2: What stage are you and your business at?

Depending on your answer, this will have a substantial impact on the cost to build your app.

If you’re just looking to launch a beefed up version of your MVP, this will cost considerably less than if you wanted to go after the #1 spot in Apple’s App Store. (Secret to app design)

Let’s look at a real-world example:

When Foursquare launched their first iPhone app back in 2008, it allowed users to do some basic functions like check-in at locations, leave tips, and collect points. But because the App Store was still relatively young, it was hard to know if users would actually want to use the app.

“We made the first prototype in June 2008…I think once we launched we realized it had staying power.”

Naveen goes on to say it was the game-like characteristic built into this early version of the app that ‘excited a lot of people’ and influenced how they approached the next iteration.

So the first version of Foursquare didn’t focus on breadth of features and eye-catching design, but rather tested whether the features the founders thought were important would resonate with their audience.

Here’s a more recent look at how the Foursquare app looks now:

Years after their initial release, Foursquare is loaded with features (many that were most likely on their initial ‘nice to have’ list), supports over 45 million members, and has gone on to win a Webby Award for best mobile social network.

If you’re looking to prove a market lists or you’re still deciding what direction to take with your app you might want to save on development costs and focus on the core features over the ‘nice to haves’.

What technology are you using?

It’s a basic question, but the first one that every good freelance app developer will ask. And if you don’t have a clear idea of what you’re building (and how it’s going to be built), your budget can easily start to creep up.

So, how complex is the app you want to build?

Do you have features that are so technically complex that they’ll take serious time to research, test, and develop?

Or are you trying to leverage existing and common technology in a new and exciting way?

Does your app need complex algorithms like Google’s search? Or can you build it using a simple system of keyword tags?

The answer, as I’m sure you realize, will have a huge impact on the overall cost.

3 ways to reduce the cost of building your app

1. Remove features (to start with)

Here’s where that list of priority features comes in handy. If you realize that over half of your features are actually ‘nice to have’ and don’t change the core experience, you can decide to add them to later versions and reduce your app development costs by over 50 percent.

2. Reduce the depth of each feature

Every feature you want—whether it’s a core one or a ‘nice to have’—has a certain level of depth, meaning it will take longer or shorter to make depending on how you want it to act.

3. Change your level of design

We’re big advocates of simple design and have seen time and time again how simple always wins. But making something simple can be harder than it looks.

While not necessarily tied into your app development costs, the level of design you opt for will impact your overall cost.

Now, remember that design doesn’t just refer to how your app looks, but how the features work and how the different sections of your app flow together.

If you’re building a basic app as a test, this will likely require a lower level of design compared to an app that you’re looking to have market ready and be featured in an app store.

For instance, an iPhone app that uses many Apple user interface design elements will cost less than an app that has many custom designed elements.

When it comes to budgeting your app development costs, there are so many specific factors at play that saying it will cost between $X and $X is an oversimplification.

Instead, spend the time to find the balance between your core features, your business goals, and your budget.

Just remember, it’s always better to build an app that has one feature that functions perfectly versus building an app with ten features that all break. 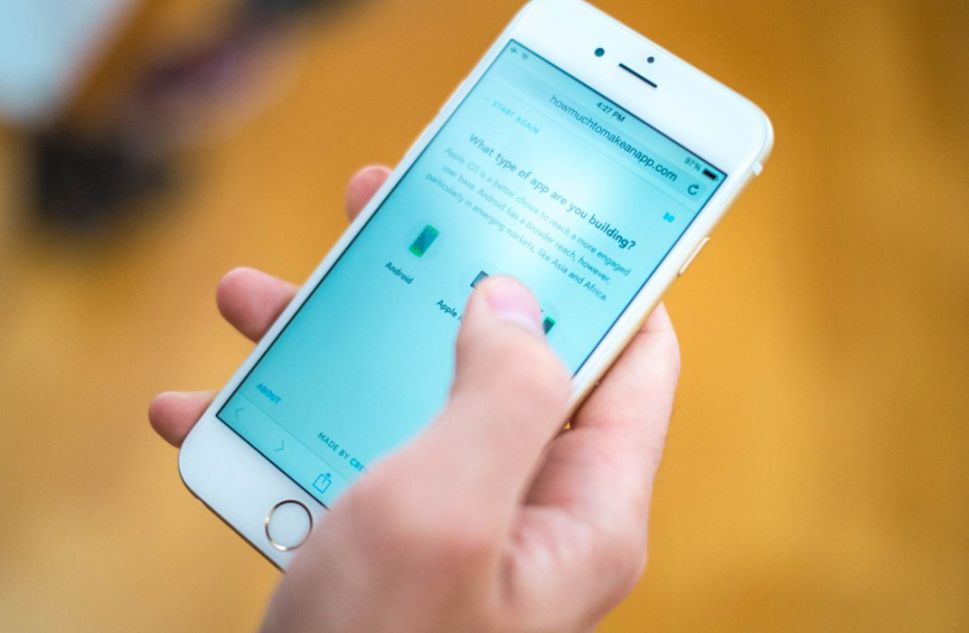