Ben Carson’s surge in the polls in the Republican presidential primaries was directly related to mainstream media coverage he received. His outrageous claims, combined with his unique rags-to-riches background, made for sensational news coverage. Carson was listed as a “pied-piper” candidate in a leaked April 2015 strategy memo from the Clinton campaign to DNC, who was hoping to provide Hillary Clinton with a weak opponent for the general election.

In September 2015, The Washington Post published a graph that showed a direct correlation between Carson’s share in national polling with the media coverage his candidacy was receiving at the time. In November 2015, a Gallup poll found that Carson was the most liked of all presidential candidates, foreshadowing how badly the Democratic Party’s “pied-piper” strategy was going to fare. However, Carson’s media coverage began to wane after an increasing amount of people began hearing his crazy claims while he opted to use his presidential campaign to go on book tours. As Trump’s lead built, Carson timidly ingratiated himself with Trump. Carson’s loyalty paid off, and ultimately resulted in Carson being the only Republican presidential candidate who received a position in Trump’s cabinet.

The Democratic Party had virtually no opposition to Ben Carson’s nomination as secretary of the Department of Housing and Urban Development (HUD). Sen. Elizabeth Warren and Sen. Sherrod Brown voted in favor of Carson’s nomination in the Senate Banking Committee and offered weak defenses when their votes resulted in backlash from the Democratic Party base, which wants the Democrats in office to oppose the Trump administration at every turn. The Senate approved Carson 58-41, with Democrats Sen. Sherrod Brown, Sen. Mark Warner, Sen. Joe Manchin, Sen. Jon Tester and Sen. Heidi Heitkamp voting in favor of Carson.

During his first comments to the staff of the HUD, Carson demonstrated his ineptitude.

“That’s what America is about, a land of dreams and opportunity,” Carson said, giving one of the worst American History lessons ever given. “There were other immigrants who came here in the bottom of slave ships, worked even longer, even harder for less. But they too had a dream that one day their sons, daughters, grandsons, granddaughters, great-grandsons, great-granddaughters, might pursue prosperity and happiness in this land.”

Samuel Jackson flipped out on Twitter, as did Whoopi Goldberg.

Ben Carson..please read or watch Roots, most immigrants come here VOLUNTARILY,cant't really say the same about the slaves..they were stolen

Carson’s reductionist description of slaves incited immense—and deserved— backlash. Carson’s dangerous rhetoric dangerously and negligently attempted to eradicate the horrors of slavery. During the peak of the slave trade, between the 16th and 18th centuries, millions of African natives were kidnapped and brought to European forts on Africa’s coasts while they waited in shackles to be boarded on a ship. Many of those kidnapped people succumbed to brutal deaths; disease, starvation, suicide and murder were rampant on the voyage across the Atlantic. The voyage took anywhere from two to four months and the slaves suffered deplorable conditions. The ignorance spewed from Carson in his first week as HUD secretary is just a glimpse of what is to be expected from his tenure leading the department. A train wreck is likely to ensue from his decisions. 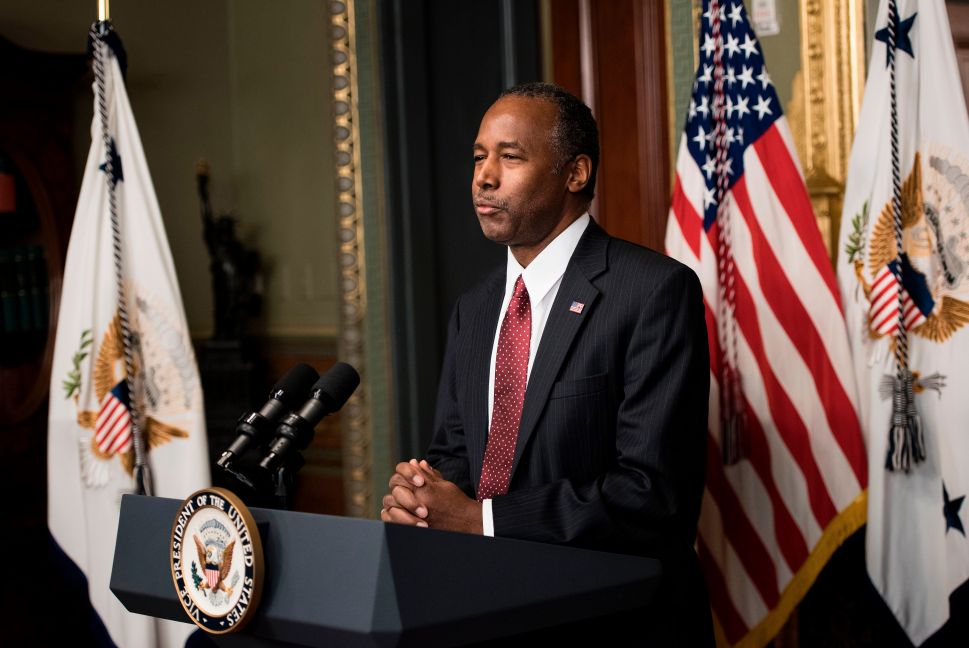