On March 11, the Huffington Post published an article entitled, “Russian Trolls Fooled Sanders Voters with Anti-Clinton Fake News.” The title was later changed to “Bernie Sanders’ Campaign Faced A Fake News Tsunami. Where Did It Come From?” to tone down the obvious slander on Sen. Bernie Sanders supporters. The article further propagated the Russian Neo-McCarthyist narrative, elevated the issue of fake news, smeared Sanders supporters, and made the assumption that critics of Hillary Clinton were gullible victims of Russian propaganda.

Rather than utilizing evidence, the reporters rely on anecdotal evidence to construct the narrative that trolls—perceived to be from Russia—inundated Bernie Sanders groups on Facebook with fake news attacking Clinton in order to sway the opinions of Sanders supporters. The only proof cited was that some fake Facebook profiles were sharing articles from fake news outlets, which can be generally said of any Facebook group about a political figure. The reporters also did not note or provide any reasons for why intelligence agencies omitted these operations out of their reports and primarily focused on citing RT as the Russian propaganda operation.

Based on an account from one of the people from Facebook that Huffington Post interviewed, some of the fake news sites were tracked to Macedonia, Albania, Panama, the U.S., Eastern Europe or were untraceable. The reporters concluded that it must be Russian trolls, though no computer forensics were conducted, nor was the explanation offered that people often host websites overseas to cut costs. “Your web host can be from the U.S. and have its servers located in Eastern Europe or South East Asia. Eventually, you will be getting the same benefits by spending less than half the amount,” notes Web Hosting Geeks, a website with advice on how to start your own website. It makes sense for fake news outlets to host their websites overseas because many of them are created to generate quick and easy ad revenue. In December 2016, NBC News published an article about a partying teenager in Macedonia who makes thousands of dollars from fake news websites. This obvious profit motive—a simple explanation—was ignored in the Huffington Post article.

One of the sources used by Huffington Post, an administrator of several Bernie Sanders Facebook groups, asked that her statements and name be removed from the article because of how the narrative was being distorted into a Russian conspiracy theory. Parts of her story were also completely omitted by the reporters, such as the Clinton trolls who took over several Bernie Sanders groups becoming administrators and turning them into Clinton groups. Huffington Post cited that Clinton Super PAC Correct the Record ran a $1 million campaign to hire internet trolls to flood social media to “correct” criticisms of Clinton, but they dismissed the notion that most of the fake profiles anecdotally cited in Bernie Sanders groups were from this campaign and not Russia. Further, the reporters provided no metrics, instead dramatizing the amount by dubbing it a “tsunami” of fake news. The article cited an example of a fake Facebook profile, named Isaac Mitov, as though the evidence of a fake profile with a last name of Bulgarian origin was evidence of a Russian disinformation campaign. Most likely, profiles were created by someone in Bulgaria to spread stories from fake news websites to make money for the people who created the websites.

Facebook groups—whether they are created to support Bernie Sanders, Hillary Clinton, Donald Trump or any other politician—are bound to contain biases, inaccuracies and even fake news articles. It’s misleading for journalists to rely on anecdotal evidence from a select handful of Facebook members from these groups to construct a sensationalist narrative. 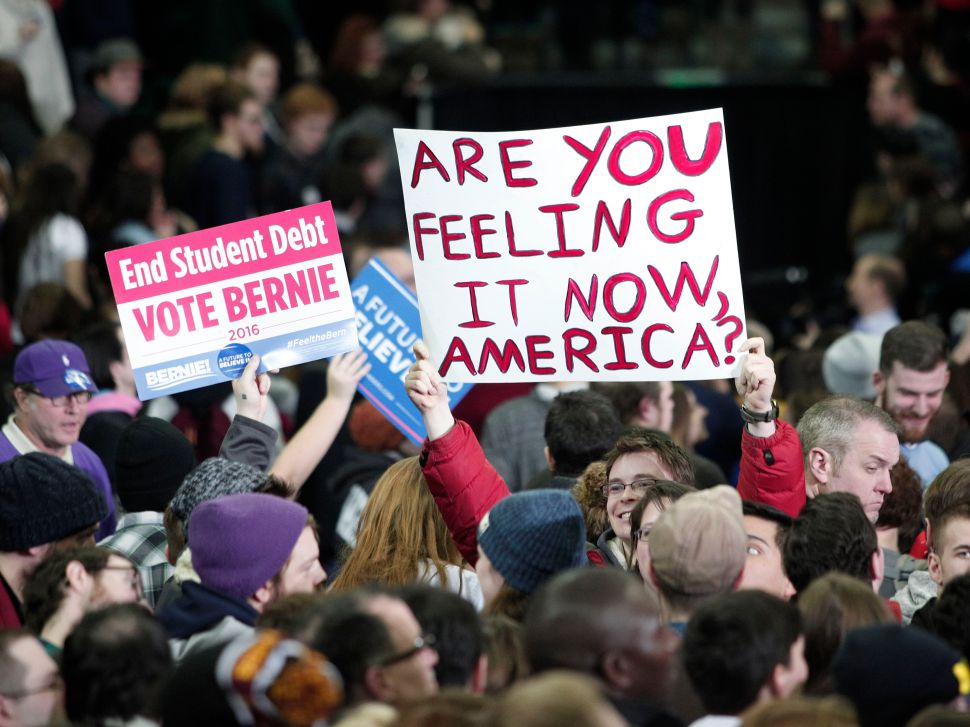