You might not be surprised that in the 25 years between the Body Count songs “Cop Killer” and “Bloodlust,” not much has changed in America’s socio-political landscape. What is surprising? “Ice-T at a lemonade stand. Surprising.”

That punchline—from a recent Geico commercial featuring Ice-T perched on a lawn chair at a kids’ lemonade stand—is a long way from his real-life role as a gangbanger from South Central L.A. who broke into the rap game with the rightfully lauded 1991 album O.G. Original Gangster.

From a teenaged Tracy Marrow to Ice-T, a moniker nicked from pimp-turned-author Iceberg Slim, acting and music took him from the hood to Hollywood. Now an East Coaster, the multi-hyphenate talent lives in an Edgewater, N.J., mansion with wife Coco and baby daughter Chanel. The location is a quick commute for his “day job.” Despite his incendiary rap and metal lyrics, in 1998, America let Ice-T into their living rooms as gruff but good TV detective Odafin “Fin” Tutuola on Law and Order: Special Victims Unit, now in its 19th season. (Ice made his TV debut in the 1983 “Break Dance” episode of Fame.)

While his metal band Body Count—one of the first (and still, only) all-black heavy metal bands—may not be as financially successful as his other endeavors, it’s a platform and outlet Ice cherishes. The core of the group is Ice and co-founder Ernie C, an affable shredder who listened to metal with Ice when they were friends at Crenshaw High School. With Ernie on guitar, Ice has done six Body Count albums, the newest, Bloodlust, drops Friday, March 31.

Although Ice is generally referred to as a rapper, it’s been 11 years since 2006’s Gangsta Rap, his eighth rap record since 1987’s Rhyme Pays.

If Ice-T enjoys the stability of a TV gig, he admits, “There’s nothing I’ve done that can compare to being on stage or being a rock star. It’s better than being the fucking president.”

Speaking of, there are no Trump-related songs on Bloodlust, whose 11 songs were written and recorded pre-election. “Due to the fact that I’ve got a brain in my head, I didn’t think he could be president,” Ice says of Trump.

Though he’s become a reality TV star with his show Ice Loves Coco, he now finds his nightly watching more surreal than anything on reality TV. “Who would think that the news would put reality shows out of business?” he wonders. “Every day they got us arguing about some shit while the left hand is over here doing this, the right hand is doing some other shit. It’s a bait and switch. I mean, I don’t know you but have you ever watched as much news in your life? It’s real crazy. It’s nerve wracking, too.”

If there’s no post-election specifics in Bloodlust‘s songs, there are plenty of socio-political observations and commentary, often with a first-person angle. “They fuck whoever can’t fight back,” he says in one song, and gives an example of fame’s fighting power.

“Just the other day I was rolling and I got pulled over, me and my wife. They gave us the drill, you know, ‘stop the car, take your foot off the brake, put it in park, roll all your windows down, show me your hands,’ all that bullshit. Then when the guy gets up there he still doesn’t recognize me, and then when he gets my driver’s license he goes, ‘Oh shit. Ice-T. I heard about your dog.’ [His beloved Bulldog, Spartacus, died after surgery]. I asked him why he stopped me and he said I was straddling the line on the Westside Highway. I wasn’t, he said I was, but he let me go.”

“Nah, it’s aimed at everybody, but at the same time, my black people, they’ve got to understand that although we are dealing with racism, it goes deeper. It’s aimed at black people because I’m dealing with Black Lives Matter. I first explain what Black Lives Matter means. [He’s not a member of the organization.] Then I try to tell black people, ‘Yo. Racism is real but it’s not “it.” It’s not the only thing that’s going on here.’ There’s a class issue that’s going on that bleeds into racism.”

“So the bait and switch I’m talking about: A white cop killed a black kid, right? But then I get mad at my white neighbor. My white neighbor hasn’t done shit. If I’m going to get mad, let me get mad at that particular officer, no matter what his race might be. That’s the bait and switch. It’s: ‘Let’s bait people into being racially angry versus angry at the issue.’ ”

Ice-T stresses that he doesn’t take sides. “I’m on everybody’s side. I’m the guy that’s been trying to say for 25 years, that we all pretty much have the same enemy. White people, black people. Divide and conquer has been the tactic since the first war. [The album’s opening track is titled “Civil War.”] Since motherfuckers went to battle. Before biblical times. Divide them; make them fight amongst themselves instead of fight us. That’s what I’m trying to get across with this.”

Is there a call to action, a solution offered to the issues he explores with Body Count? “I don’t know the answers,” he says bluntly. “I know the first answer is to realize that we’re all on the same side. It’s like, don’t fight amongst each other over petty shit. Let’s just all push together,” says Ice.

“When Barack came in there was this feeling of hope. Everybody felt like, ‘Oh, racism is over. We’re all going to get along,’ but all it did was send the real racist people underground and they festered for eight years. Now this shit is back but we just got to realize that we’re more alike than we are different.”

His hope is that Body Count’s metal attack and pointed language and scenarios don’t incite rage, but thoughtfulness.

“What I try to do is make you think about things. I believe that Bloodlust is me saying the revolution starts within you. We have to address our humane issues of ourselves. Like in the song ‘Bloodlust’: ‘I’m the human species. The most violent on earth. I kill my own planet. I’m so sick that it hurts.’ Look at us. We’re all just versions of this species that’s selfish and destructive.”

“It’s an odd time,” he concludes, “when music is less warped than what’s going on in the world.” 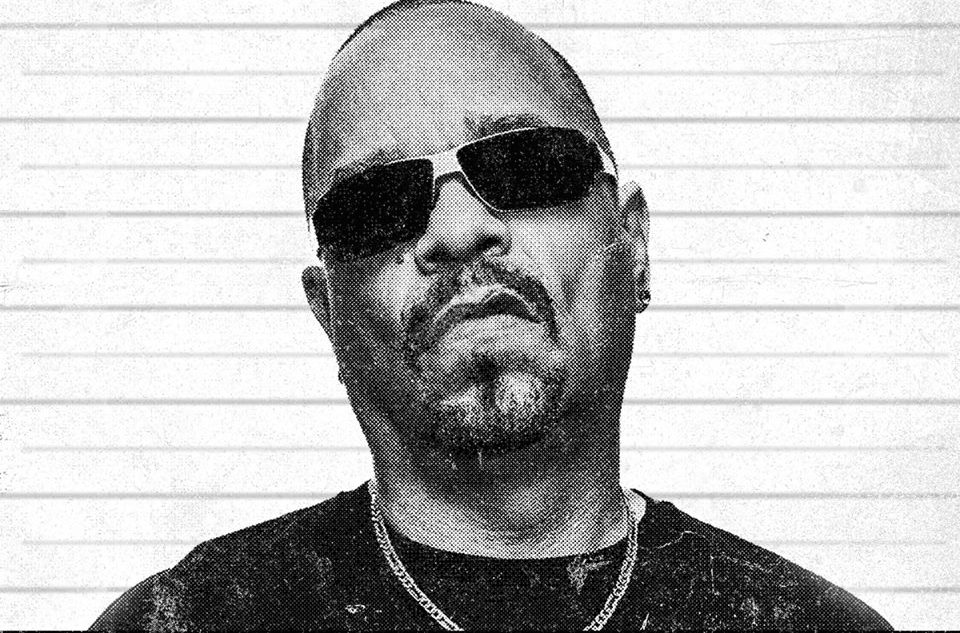