He was incessant. He didn’t want one-on-one sex anymore. He wanted threesomes. He wanted foursomes.

I was a good wife. I kept the house clean. I took care of all the girl things—like I bought those throw pillows.

You know when you think your life is all set?

I think he loved me just as much as he loved himself and he hated himself.

Jill wore a loose, green blouse and leaned against the wall relishing her mezcal and soda. She’s a high-powered attorney, originally from the Midwest, with freckles who looks younger than her age of 40.

Our girlfriends had left us behind after bolting out of Lucky Strike’s to meet dates, and we had just happened to be sitting next to each other.

She applies bright red lipstick with blue tones, which I admire. It’s a perfect shade made for her at Soho Lip Lab. Who knew there was such a thing? She even picked the flavor, a soothing lavender.

When people find out I’m a sex columnist they tell me too many things, secret stories that mean everything to them and, often, little to me. But I like Jill. She’s amiable, bubbly and, self-admittedly, a failed swinger. And anyone who has failed at anything, I immediately feel a kinship with.

She didn’t want to swing, but she did it to save her marriage. She never thought she was good enough anyways. She’d throw up her food and flush down her fears while he threw around other women in bed.

“Did you notice any swinging tendencies in the beginning?” I ask.

She shrugs. One day Matt couldn’t get aroused. She thought if she were thinner or shorter, petite like his exes, he’d want her then. But no, he had his own fantasies.

They found Charles on Tinder. Jill got wasted and stoned to calm her nerves. She couldn’t really feel her body as he fucked her, but it did all seem funny with her husband sitting there, watching. She hoped he knew that she loved him.

For weeks after, Matt treated her like a goddess. He couldn’t get enough of her. It was such a relief to be adored—she could almost keep her food down.

But then Matt grew restless. He gambled. He played too many video games. He seemed like a real winner.

“He had this smile. His eyes would crinkle and make his whole face light up,” she says. “And he had this great belly laugh.”

They went to swinger clubs. She liked the people watching—a proud and heavyset girl on a swing that snapped, a nude woman getting eaten out on a pool table, old people in the corner having sex. And then there were the downstairs rooms covered in mats with spray bottles full of disinfectant.

“The mats reminded me of being a kid in PE class,” Jill says with a laugh, twirling a thick, chunk of brown hair. “The clubs were kind of wonderful. There weren’t that many pretty people, so I was a star.”

They ripped off the Band-Aid with a younger couple in their early 20s. The girl was a terrible kisser, real hesitant. She took off her shirt and first thing she said was, “I’m so fat.”

Jill felt bad for her and assumed the lead. The girl’s boyfriend tried to touch Jill but she set him straight.

Husband and wife went down on the girl together. Matt from above. Jill from below. They were mouth to mouth. It was a bonding experience. But then Matt had to break away and stick his dick in the girl’s mouth.

That’s when Jill went rigid. “I can’t do this,” she said over and over.

Matt shook Jill until she could move. He helped her to get dressed and promised to take her home.

As they left, hand in hand, she turned to the young couple and apologized for ruining their night.

Jill reapplies her red lipstick and then looks right at me: “You don’t know how you’ll feel when your husband sticks his dick in another woman’s mouth. You don’t know that your stomach will fall out. But once you get to that point, you’re already there.”

Matt sent her articles from psychology sources on how swinging could strengthen a marriage. She almost believed him. But as they continued to invite outsiders into their bed, her hope dulled. She tried to understand why he’d want to put her in situations that hurt her. But more so, she tried to understand why she’d want stay with him besides what, love? People told her she didn’t need him. Jill was smart, beautiful and successful, but they underestimated her tenacity. She wasn’t a quitter. And even though the disappointment was brimming, she hardly cried. Besides, Matt found displays of emotion disgusting. He took pride in a positive outlook on life.

She doesn’t know much. He was 10. He went over to his cousin’s house every day after school, and it was a babysitter or an uncle or someone. It happened for a year. It was rape. He won’t talk about it.

“Yeah,” she says and then brushes it off. “He was broken. He was damaged goods.”

There wasn’t a big moment, but many bad ones, that led up to their divorce. Jill decided her wedding ring was bad luck, so she took it off. She swiped right on Bumble and met a man. He told her she was going to have sex with him. She joked, “you wish.” She had sex with him.

“Matt took too much. He stole my sexuality,” Jill tells me. “And I needed that one shot to feel like a woman again.”

Jill has lots of dates. Tomorrow she’s flying to Aspen to go skiing with girlfriends. She misplaced her ski boots, so she’s going to have to rent some. She wonders what her purpose is. She once thought it was to be “one hell of a mom,” but it’s not so easy to just go out and find a husband. She’s become a volunteering whore. She donates to charities. And she doesn’t hold any grudges against swinging.

“You’ll meet someone, you’ll be a mom, and you’ll find your purpose,” I tell her.

“I’m curious as to when,” she says. “It will change everything.”

“But you’ve already changed everything,” I tell her. “You got out of a cycle of pain.”

“I guess I did,” she says and then eyeing me, “I feel like I did all the talking.”

“Sneaky.” She grins and then sucks up the last of her mezcal with a brown straw. “It felt good to say it aloud.”

We exchange numbers. I save her name in my phone as “Jill Lucky Strike.”

“Well, okey dokey then,” she says, and as we part ways, “Hey. Never let a man make you feel crazy for not wanting to do what he wants you to do—even for love. Because that’s not love.” 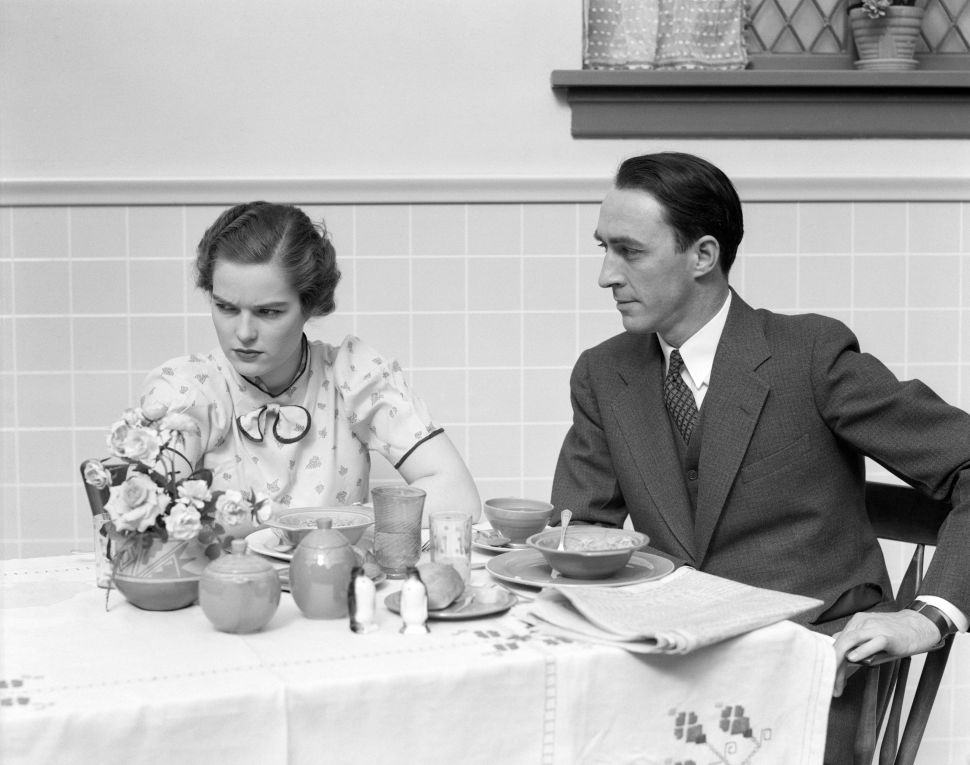