There was the deadly 2015 salmonella outbreak traced to Mexican cucumbers, tuna from an Indian plant with “water tanks rife with microbiological contamination,” hepatitis A outbreaks originating from Mexican green onions and Egyptian frozen strawberries, and tainted Chinese pet food blamed for more than 1,000 dogs deaths in the U.S.

This sampling from the annals of foul food raises a question: Many Mideast migrants cannot be vetted because Third World countries provide third-rate information, but is Third World food even more of an unknown?

Whenever I see food labels marked “Product of ____” (fill in your favorite exotic land), I sometimes think of my stay in a seemingly nice hotel in Kerala, India. Upon having room service deliver half a papaya, I flipped it over and saw that a portion had been gnawed out by a rat (the analysis didn’t require a forensic odontologist, trust me). Or often my thoughts take me back to the Moroccan street vendor who, having prepared the bread for a sandwich, placed it on the ground while tackling the remainder of the meal. So, knowing that standards for hygiene are vastly different beyond the developed world, I wonder: What’s going on in the Third World food plant in question?

Don’t ask the Food and Drug Administration (FDA). Overwhelmed by just monitoring safety in our nation, the agency would need at least “1,900 years to examine every foreign food plant, according to government investigators,” reported The New York Times in 2008. This translates into the FDA having inspected a mere 100 of 190,000 such foreign facilities in 2007.

It’s unlikely matters have improved since then. Moreover, even the above figures are suspect because “[c]omputer systems at the drug agency are so inadequate that it can only guess the number of the [foreign] plants, and it cannot produce a list of those that have not been inspected,” the Times also informs.

The result is that foreign operations are inspected “only if something goes terribly wrong,” states FairWarning.org. In the case of the Indian fish plant referenced above, it wasn’t inspected until 425 Americans were sickened and 55 hospitalized after contracting salmonella.

As for inspections upon entering the U.S., bad food can apparently cross our borders as easily as bad people. While the FDA barred 16,700 shipments of imported foods during the decade prior to 2014, there’s a problem: The agency conducts physical border inspections on only one to two percent of food imports each year.

Given that the main reasons cited for the rejections were “filthy, putrid, or decomposed substance” and goods “otherwise unfit for food” and that some samples were actually found to be “poisonous,” this should give us pause. How much of the uninspected 98 percent would also fail to pass? We can only hope the examined two percent constitutes a “representative” sample.

The FDA’s limitations are especially worrisome because food safety is not an area in which Third Worlders will do the job Americans won’t do. Even if developing nations crafted regulations we would find satisfactory, corruption is rife in such countries. Bribery purchases a false identity in Syria (validated with official government documents), it’s said that $450 will buy you out of a fatal hit-and-run in Mexico, and I was told in India that bribes were necessary to get a driver’s license. It is not far-fetched to assume that strategic palm-greasing might get a rodent-infested Third World food plant past a health inspector.

Whatever the case, the conditions can be deplorable—even by non-Hillary Clinton standards. Consider the following examples from the 2012 Bloomberg Markets Magazine piece “Asian Seafood Raised on Pig Feces Approved for U.S. Consumers”: “At Ngoc Sinh Seafoods Trading & Processing Export Enterprise, a seafood exporter on Vietnam’s southern coast, workers stand on a dirty floor sorting shrimp one hot September day. There’s trash on the floor, and flies crawl over baskets of processed shrimp stacked in an unchilled room in Ca Mau. Elsewhere in Ca Mau, Nguyen Van Hoang packs shrimp headed for the U.S. in dirty plastic tubs. He covers them in ice made with tap that the Vietnamese Health Ministry says should be boiled before drinking because of the risk of contamination with bacteria. Vietnam ships 100 million pounds of shrimp a year to the U.S. That’s almost eight percent of the shrimp Americans eat.”

(Note that there has been much reportage in recent years about Third World fish “raised in sewage.” In fairness, some say the manure is used mainly to fertilize the algae and plankton on which the fish feed, much like a farmer may use it to fertilize fields.)

No one has to tell this to Aleda Roth, a Clemson University professor of supply chain management who was inspired to study the issue after her dog was sickened by melamine-contaminated pet food from China. She reports that not only is almost 25 percent of the average American’s food consumption imported but, she says, “Consumers would be hard pressed to find processed foods without at least one ingredient from China.”

This certainly saves manufacturers money, but “the potential liability is great,” says Roth, “because hygiene factors, worker safety, environmental practices, quality processes, treatment of animals, and regulations are known to be highly substandard as compared to Western norms,” as Texas A&M Today relates it.

The proof is in the tainted pudding. Almost 20 percent of Chinese farmland is now contaminated with industrial waste runoff and/or excessive agrichemicals, and waters can be so toxic that fish farmers may keep their stocks alive by infusing feed with prohibited veterinary drugs and pesticides, leaving the fish chock full of poisons and carcinogens.

In fact, eating in China can be as dangerous as stepping in front of a tank in Tiananmen Square. There’s the phosphorescent-bacteria-laden glow-in-the-dark Chinese pork (not usually in group A or B on the menu), and watermelons treated with enough chemicals so that they spontaneously explode (good for a gag gift, I’m sure). “That’s not to mention many more routine incidents involving dye, bleach, polluted soil and sundry toxic chemicals,” wrote The Wall Street Journal in 2014.

China is also a nation where people actually buy canned air; bumble bee die-offs can be so severe that apple farmers have to pollinate their crops by hand; babies have died from melamine-tainted milk; and, according to food policy activist Nancy Huehnergarth, “the vast majority of people are not yet familiar with the concept of a germ, virus or bacteria, or basic hygiene practices such as hand washing or avoiding cross-contamination of food.”

Of course, even the “defects,” as they’re euphemistically called, the FDA allows in our food in small amounts—such as rat hair, mouse droppings, maggots, mold, cigarette butts and insect parts—are enough to make some want to become a plant and photosynthesize for breakfast. But at least, we’re told, all these things will be sterile in our processed fare. But what of the foreign matter from some most foreign sources?

If the ballyhooed “one-world economy” means more Third World food on our shelves, we may have the best reason yet to buy American. So check that label—and, well…bon appétit. 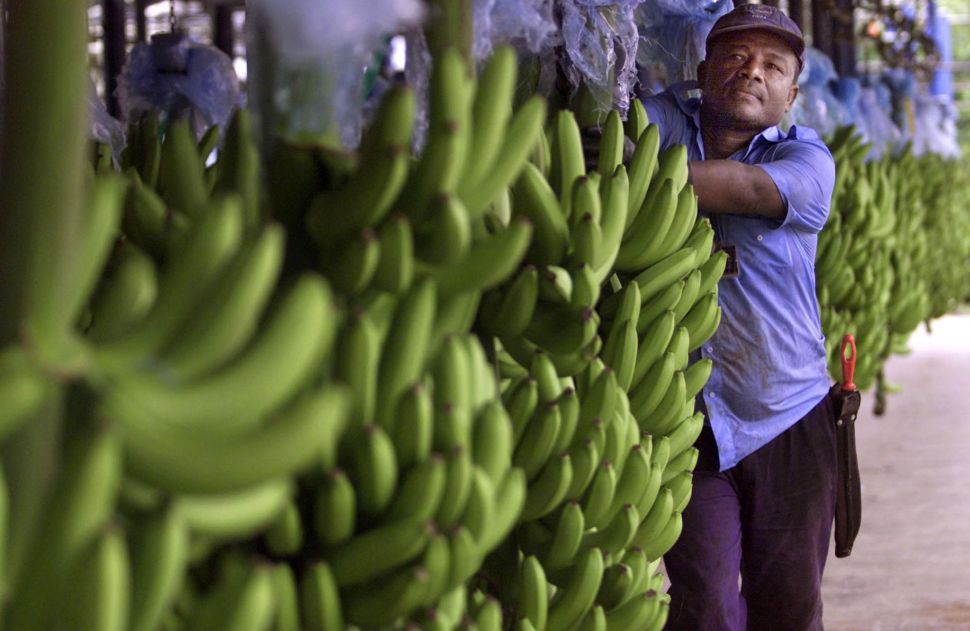