The Indian Point nuclear power plant, located in Westchester County just 30 miles north of New York City, has been a target of environmentalists since it first opened in 1974. An irrational distrust of nuclear power has motivated opponents to declare it an unacceptable risk and call for its closure—despite the power plant’s overwhelming safety record. Feeding this irrational hysteria, Governor Cuomo has long referred to Indian Point—indeed nuclear power generation—as a “ticking time bomb” and has promised to shut the plant by 2021.

Last week two environmental groups released a report that purports to show how New York can compensate for the low-cost, carbon-free electricity that Indian Point provides: New Yorkers should buy more efficient light bulbs and appliances, and the state should build a long-delayed, 330-mile transmission line from Quebec to New York City. The report from Riverkeeper and the Natural Resources Defense Council is a study in wishful thinking and fuzzy logic.

Indian Point has two working reactors that provide New York City and Westchester County with 25 percent of its power – and has capacity to generate 2,000 megawatts. Unfortunately, the proposed Champlain Hudson Power Express transmission line carrying hydroelectric-generated power from Canada to the City would replace only about half of Indian Point’s output. Estimated to cost $2.2 billion and take 3 ½ years to build, the proposed project would burrow under the Hudson River and still doesn’t have all the permits needed to begin construction.

The remaining power gap would have to come from consumers – individuals, factories, offices – using less electricity; or from other, higher-cost and often dirtier power generation sources. One problem with the NRDC-Riverkeeper proposal is that New York State is already surprisingly efficient: it ranks fifth in the nation. Our office building energy efficiency is tied for number-one, as are our transportation policies. (New York doesn’t have lots of pick-up trucks driving long distances.) Nor do we have lots of steel mills or cloud-computing facilities creating bigger heating and cooling demand.

Placing the burden on individuals to replace aging refrigerators, heaters, and lighting fixtures is neither realistic nor particularly fair. And we have little confidence that government bureaucrats can efficiently take on the challenge of upgrading appliances in city or state-owned housing projects. They have enough trouble fixing leaky roofs or getting elevators to work.

The largest improvements could come from greater efficiency in electrical generation and transmission. But the hydro-electric capacity is in Canada and the wind potential is upstate, while the demand for power is downstate. New York State’s track-record for meeting its own goals for renewable energy is dead-last among big states.

Nuclear power provides 100 percent carbon-free electricity at a lower cost than any other source. In 2011, it cost 2.10 cents per kilowatt hour to generate electricity from nuclear power compared to 21.56 cents for petroleum – which now accounts for less than 1 percent of electric power generation – and 4.51 cents for natural gas. Among zero-carbon sources of electricity, nuclear generates 62.4 percent of the total produced while hydropower is second contributing 19.3 percent of the total. Wind, solar, and geothermal combined only account for 18.3 percent.

Finally, there is the safety issue. Nuclear power advocates have long recognized the potential hazards of core criticality—a potential meltdown—and the possibility of the release of radioactive materials into the air or . Through careful design, training, and operations, there have been only three accidents in six decades—16,000 cumulative reactor-years—of operation in 33 countries. Three Mile Island, Chernobyl and Fukushima showed the need for improvements in many areas. But the lessons learned also underscored the superiority of American design, training and operations.

It may be too late to save Indian Point. But the lack of serious thinking by Governor Cuomo and his allies about realistic alternatives is unacceptable. New York – indeed the nation – needs efficient, clean energy to grow and to prosper. Relying on an energy fairy to save the day is sadly typical of the Cuomo administration and the hysterical anti-nuclear crowd. We need better. 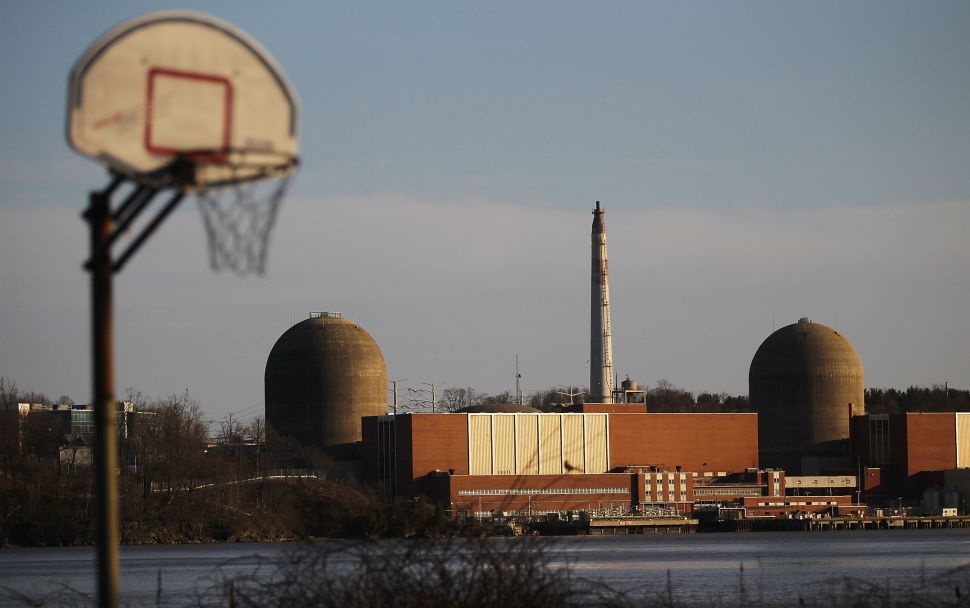