In news that comes as a surprise to absolutely no one, millennials have overwhelmingly deemed Instagram as the number one app for narcissists. In a WhatsGoodly survey, 64 percent of the 3,701 college students chose the app for vanity points. It beat out Snapchat (which has more or less become a destination for selfies, offered with the filter of a floppy-eared puppy dog or a bouncing bunny), Twitter (the home of self-centered rants crafted within 140 characters) and Facebook (which is inundated with photos of engagements and gurgling babies).

Though the millennials didn’t comment on why they think Instagram is so closely associated with self promotion, it surely has something to do with how the app is used by this generation. Through the careful curation of photos and videos, Instagrammers can create a public persona that is far removed from reality and Facetuned to near-perfection.

This concept is furthered by the well-known phenomenon of the “Finstagram,” a separate account, which is often private, that reveals the reality behind that perfectly created image. Finsta is where users let loose, by posting scantily clad selfies and drunken escapades. The notion of maintaining not one, but two personal Instagrams seems like a sure sign of narcissistic behavior.

In fact, 78 percent of egotistic millennials on the app admit that they, or someone they know, are guilty of deleting a post because it hasn’t received enough likes. When a double tap is treated as a popularity contest, a low number of likes can be seen as an blow to the ego. Usually it has nothing to do with the content of the photo and everything to do with the status that comes with a lot of likes, which could be likened to a fame of some sort. To boost that feeling of being cool, 67 percent admitted to making a concerted effort to like the posts of people who return the favor. If it seems like it takes a lot of effort to maintain that status, well, that’s because it does.

In fact, the most followed individual on Instagram, Selena Gomez, has been outspoken about the stigma of that status and how it has effected her mental state.

“It had become so consuming to me. It’s what I woke up to and went to sleep to,” she told Vogue about being the world’s leading Instagrammer. “I was an addict, and it felt like I was seeing things I didn’t want to see, like it was putting things in my head that I didn’t want to care about. I always end up feeling like shit when I look at Instagram. Which is why I’m kind of under the radar, ghosting it a bit.”

Perhaps the egocentric teens and twenty-somethings of today should take a note from Gomez and hit pause on the selfies. At least until a less narcissistic app comes along. 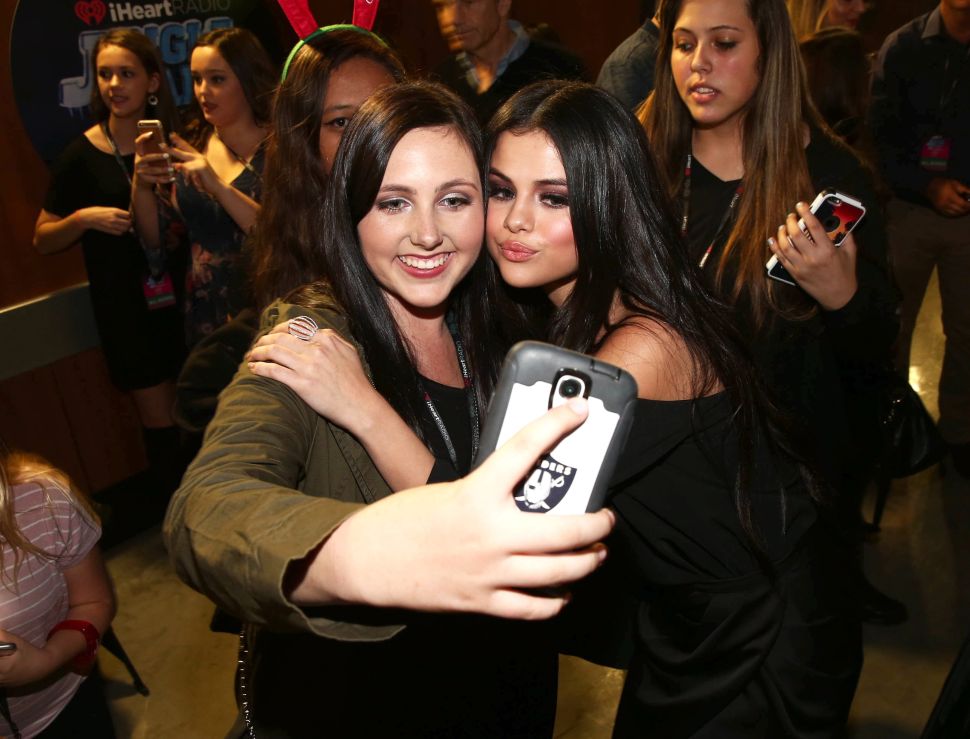