People totally lost their minds over This is Us all season, and the finale episode was no exception.

My fiance told me how much he loved the song Moonshadow when we first met. And it's Jack and Rebecca's song…goosebumps #ThisIsUs

High praise was heaped on all the characters.

I also don't think a fictional television character has ever changed my life as much as William did. We should name a holiday after that man

@la_viandante Honestly, I'm mostly Rebecca and Kate. But Jack makes me want to be better. #ThisIsUs

Everyone had so many feelings and tears and cathartic episodes.

#ThisIsUs always has me in 😭

I'm still shook from the last #ThisIsUs episode. Even when they were separating he spoke positivity into her I just….. pic.twitter.com/uCJyWa7SwN

#ThisIsUs will kill you slowly

If you don't cry during any & all episodes of 'This Is Us' I question if you are even human. #yafreakingrobot #thisisus #allthetears pic.twitter.com/NGZ21tMGxA

Omg effing #ThisIsUs I can't stop crying and I don't want these feels!

Y do I cry during every #ThisIsUs episode, just y

I don't understand how but I can watch the same episode of #ThisIsUs over and over and still sob. And sob. Uncontrollable, loud sobs.

Feud on FX has led to the resurgence of Bette Davis and Joan Crawford idolatry that we suspect had been lingering just under the surface for a long time. The show’s been inspiring merch.

And this tattoo, which is some real gun-jumping fandom.

And even more cosplay/drag/dress-up, etc.

Hey Blanche… You know we got rats in the cellar! #thedreamgirlsreview #BetteDavis #Feud #babyjanehudson #cosplay

#tbt to on the set with Bette Davis! One of my Idols!! #whateverhappenedtobabyjane #feud

And, okay, this has absolutely nothing to do with the show, or with TV at all, but it was tagged #feud and absolutely needs to be seen by everyone. You’re welcome!

It’s Amazon’s so-called pilot season, and the streaming service released five new pilots for viewers to weigh in on. There are three that seem to be garnering the majority of the buzz.

Go watch #Oasis..if for nothing else than to look upon the beautiful @_richardmadden 😍…but seriously, it's really well done #amazonpilots pic.twitter.com/rtYPhAZa7D

Checking out #AmazonPilots. Oasis was great sci-fi. Hope it's commissioned for a full season. 👍

GOD DAMN The #AmazonPilots episode of #Oasis is so good. Please pick this up cause I need it in my life. I need it so bad.

Okay that #Oasis ending was creepy AF and I need to know what happens next! #AmazonPilots

Budding Prospects is a pot comedy from director Terry Zwigoff.

Finally watched it! Would love to see more and to see the characters evolve! Fun show! @RealAdamRose @amazon #BuddingProspects pic.twitter.com/sSkb9vmIQK

Just watched #BuddingProspects on Amazon. @RealAdamRose definitely deserves a show so I hope it gets a full season 😊

Okay, so I know it's been a couple of days since I watched this, but I'm going to babble at you about this show for a moment. This is not my usually preferred genre. I honestly might not have given it a look unless I get a rec from someone I generally respect (looking at you, @realadamrose ) and I'm not sure how to recommend this to people. After two hours of trying to figure it out, I told my husband that it reminded me of the movie "Garden State" but with more everything. That said, I'm really, really glad I watched it and I want to recommend it. I also want to recommend the addition of alcohol while watching, not because it's bad – it isn't – but because the entire time I was watching it felt like watching someone else's drug trip from outside their head, which can be fun if you don't have to watch for an overdose. All in all, this ended up being one of the few shows I was torn between wanting to watch and wanting to be part of the action. So go watch it on Amazon, and go follow @buddingptv while you're at it. #tvshowreview #pilotepisodereview #BuddingProspects #rkbabbles #screenshot

Everyone please watch The Marvelous Mrs. Maisel so we can discuss. #AmazonPilots pic.twitter.com/Ivre3yI7SH

Has anyone seen The Marvelous Mrs Maisel on @amazonvideo pilots? ITS AMAZING. I literally watched it three times in a row (and a fourth time to sketch the outfits🙈) and tried sketching some of the amazing outfits included in it. I really hope it's the show that gets picked up. 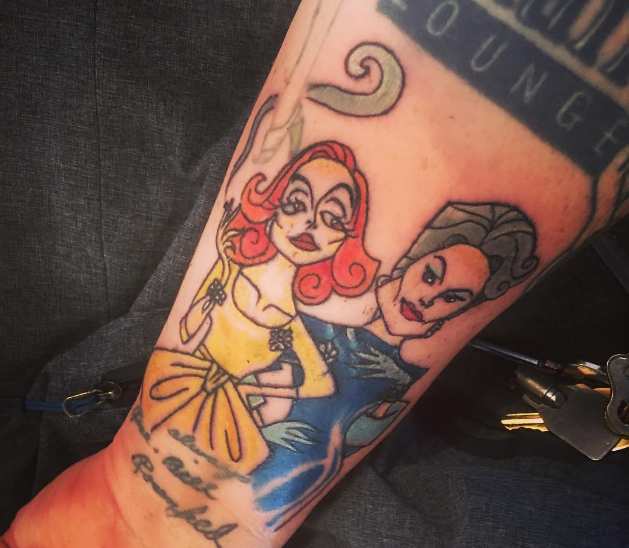