The epic bungling of the controversies surrounding Iron Fist has been, and continues to be, 100 times more entertaining than the show Iron Fist. I cannot believe a show with such lifeless fight scenes is so good at kicking itself in the face. It’s endlessly enthralling to watch the usually iron-clad Marvel machine flail around so clumsily like, say, a white dude trying to look like a kung-fu master.

Today’s edition of the ongoing series “how deep can a hole be dug?” comes from Singapore, courtesy of The Straits Times, the country’s highest-selling paper. Showrunner Scott Buck and cast members Finn Jones, Jessica Stroup and Tom Pelphrey held a press conference that apparently “left the local media fuming”…because the local media wasn’t allowed to ask any questions, with moderating duties falling to two emcees who “lobbed soft questions and steered clear of anything negative or controversial.”

I’ve pondered this Iron Fist conundrum probably more than is healthy, writing a lot about Jones in particular who genuinely seems to be as misguided and naively earnest as Danny Rand himself, understandably confused as to why the world is so intent on rejecting him. It’s fascinating, in its own way, art imitating life imitating art and all that. And bless him, Jones had something to say about the series’ largely negative reviews for those assembled in Singapore.  “From what I’m experiencing, people have been loving the show,” he said. “From the people that I see on the street, there’s been a hugely, overwhelmingly positive response from the fans and I’m very grateful for that.”

Which is fair, because comic-book shows aren’t for the critics, they’re for the people yelling at a celebrity on the street. 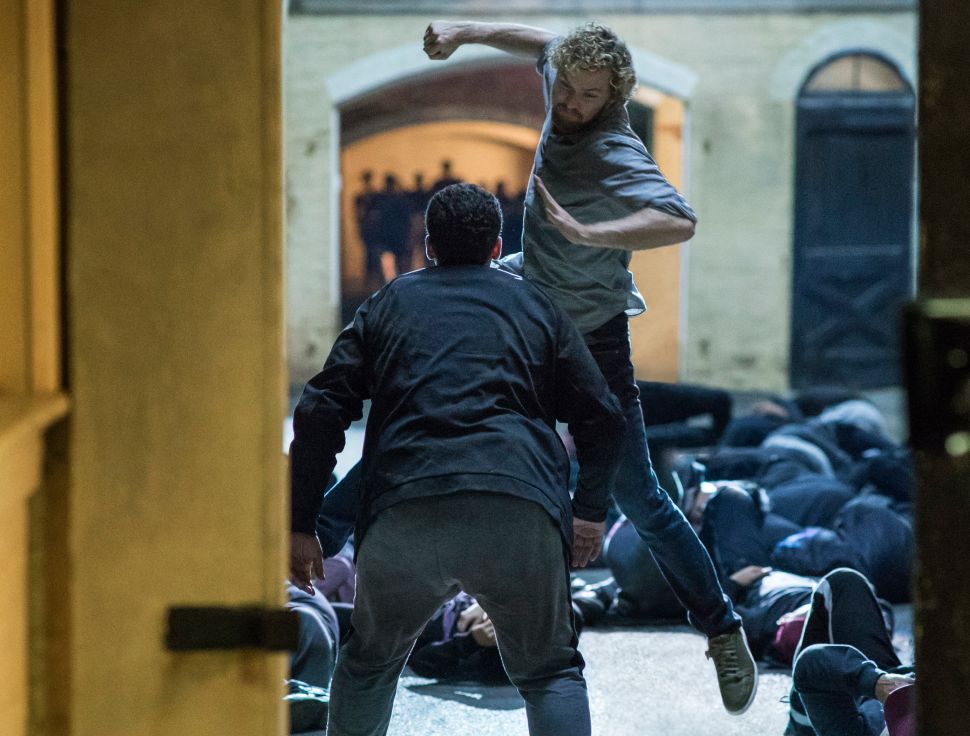