As ISIS is about to lose its home bases in Iraq and Syria, their fury burns not so much with the Western “Crusader” coalition as with the Muslims who’ve resisted their persistent wooing attempts.

“Come to your state” screams the tagline on ISIS propaganda, trumpeting their bedrock philosophy that they constructed this be-all, end-all of Islamic destiny and all Muslims should want to own it. They’re the true caliphate, they insist, and how, after all this time and all this fighting, are so many Muslims not buying their apocalyptic creation?

Because of how reticent Muslims are standing in the way of a critical cog in their strategy—uniting Muslims under the black flag of the Islamic State—recent ISIS propaganda has placed a heavy focus on naming, shaming, and threatening the Muslims deemed un-Islamic, those who have not declared the caliph to be the one true bro and those who condemn ISIS barbarity.

They’ve warned rank-and-file Muslims against serving in the military or running for office, justifying that even a Muslim grandmother wearing an “I voted” sticker makes her a legitimate target. They’ve dispatched Western converts in recruiting materials to try to convince would-be jihadists to target the worshippers deemed un-Islamic at their local mosques.

But they’ve saved the most rhetorical ammo for clerics leading people away from the Islamic State, imams who embrace other faith leaders in community cooperation, and Muslim leaders who have branded ISIS the real apostates.

ISIS has recently called for the assassination of many prominent Islamic clerics, splashing their faces across social media with trademark violent imagery, saying in one mid-February video that “killing scholars is more lovable to us than killing police detectives and intelligence staff.” The decapitation orders were leaps beyond their original calls to boycott clerics seen as working in tandem with “Crusaders.” As long as there are sheikhs issuing fatwas against ISIS, as long as there are muftis standing shoulder-to-shoulder with popes, ISIS’ grand plan of roping in the Muslim community is out of reach.

On the assassination list are Islamic scholars from Saudi Arabia to Egypt and beyond—all the way to the United States. Imam Omar Suleiman of the Valley Ranch Islamic Center outside Dallas is among the ISIS targets; his name appeared in a hit-list video after he joined forces with a local pastor for an interfaith unity video. Suleiman told his local CBS affiliate that he has no intention of stopping his condemnation of ISIS.

These threats should be taken seriously. We’ve had recruits lured via ISIS propaganda to target random groups of people branded as worthless disbelievers. But attacks will take on a whole new symbolism if the targets become interfaith dialogue sessions or community mosque events, taking aim at Muslim leaders who are standing in the Islamic State’s way.

Yes, this tactical shift smacks of ISIS desperation. With the territory of that original caliphate slipping through their grasp, they need those adherents more than ever to set up shop in new ISIS pockets around the globe. They sorely want the flocks, thus are targeting the shepherds.

In this month’s issue of their English-language Rumiyah magazine, ISIS used a Finnish convert to slam Muslims “nullifying” their Islam by participating in their western societies or being “foolish” by criticizing ISIS. “The ignorant ‘Muslims’ are blaming the Islamic State for spreading fitnah [unrest] and ‘spoiling the jihad,’ though the only true jihad for Allah’s cause is what the Islamic State is actually conducting—for all of its enemies do nothing to support the establishment of Allah’s rule on earth,” she wrote. In another implicit threat toward Muslims, she emphasized that ISIS’ battle against disbelievers and “supporters will continue on the true frontline.”

As we prepare for the post-Mosul, post-Raqqa incarnation of ISIS, we must recognize that counterterrorism cooperation is not just about demanding help from the Muslim community in spotting and calling out potential recruits in their midst, but offering security to those who stand up against the terror group. ISIS’ survival depends on making greater inroads into Muslim communities, and we have to support those who put their lives at risk by turning the terrorists away—or simply praying with a pastor. 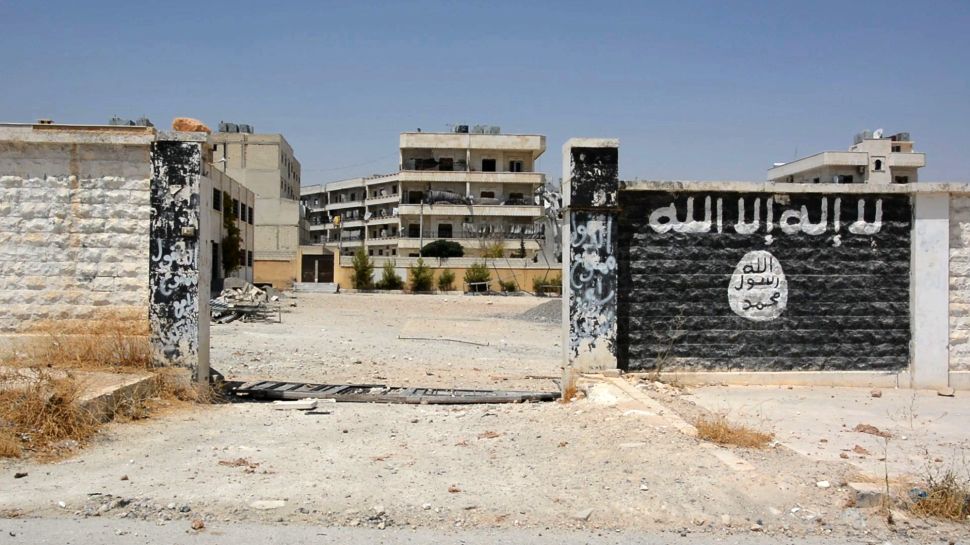