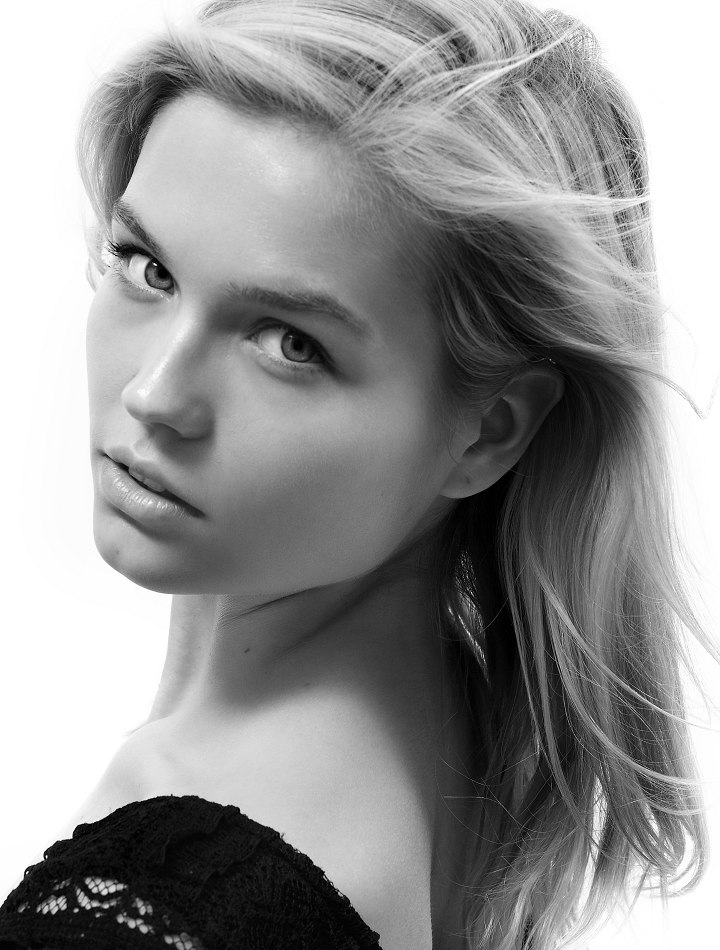 Jane Randall came in 3rd on the 15th cycle of America’s Next Top Model. Now she wakes up at 4 am to comb through stories about New Jersey politics—and loves it. Jane Randall

Jane Randall, 26-year-old Princeton-educated former bikini model, now gets up at 4 am to sort through a hundred or so news sources looking for a mix of undercovered-quirky-eyecatching-and-often-political stories about New Jersey. She assembles what she finds into a series of links to form an all-New Jersey version of The Drudge Report that looks so much like the original that readers can be expected to wonder why all of the stories on Drudge are suddenly about Camden and Atlantic City.

Jersey Report is the second state expansion of Empire Report, which similarly covers New York State politics and news. Both are pre-dated by Capitol Report, which looks the same and does the same, but for Connecticut. Empire’s founder, J.P. Miller, is a former staffer for Mitt Romney, having served as a finance director for the Republican candidate’s failed presidential bids in 2008 and 2012.

The sites’ similarity to the Drudge Report is no accident—both of Mitt’s bids benefitted from what many observers read as the quiet support of the Maestro himself. Matt Drudge’s unique ability to set the agenda for Republican primaries and even general elections was cemented during the 2008 campaign. Both Empire Report and Jersey Report look nearly identical to the Drudge Report, featuring the original’s iconic courier font headlines, with all-caps signifying important stories. And they both add plenty of Drudge standbys, such as weather and odd crimes, into the mix. It’s hard to tell if the design is a respectful homage or a lazy bit of copycatting, but the part about The Drudge Report that’s harder to imitate is Matt Drudge’s nose for news, uncanny knack for pairing stories in creative ways, photo-editing, and quirky taste for alliteration and other wordplay. (Empire Report headlined the story of Donald Trump firing US Attorney Preet Bharara with “Preet Is Lunchmeat In the Ejection Seat” and all the other headlines rhymed as well.)

Not that Jane Randall isn’t trying.

In an interview in downtown Manhattan, Ms. Randall told PolitickerNJ that she’s become obsessed with New Jersey politics (seriously, who isn’t?). The Baltimore native said “New Jersey is an important and influential state that has both substantive and scandalous news at the local, state and national level. The goal of the Jersey Report is to bring together the best reporting from across the state, and highlight those issues and stories that are most important to New Jerseyans. From local races to the White House, there’s no shortage of political news coming from NJ.”

Randall modeled from 2010 to 2013, achieving much success in that field, even as she attended Princeton, from which she was graduated in 2013. She was seen in Cycle 15 of America’s Next Top Model, where she placed 3rd overall. According to a ludicrous wrap up that appeared on that show’s website (“she’s was a student at the prestigious university of Princeton” – yes, it says “she’s was” and “university of Princeton”):

Jane did well during the four-stories-high runway challenge for Diane Von Furstenberg. She carried that strong performance with her through the Teen Bully photo shoot with Deborah Anderson. When her final photo was being reviewed during panel, Tyra commented that she has a lot of potential, she just needs to take it to the next level. Nigel said that it was ironic her face was the issue with regards to bullying because her face is really her main asset. He added that her body didn’t do anything for the photo, whereas her face was the most appealing part of the shot.

If this is not quite the bio for most editors of New Jersey political sites (no one has ever accused my face of being my “main asset”), one would be making a mistake in underestimating Randall’s seriousness of purpose. That focus was reflected in her modeling career.

“I reached the ‘final four’ on the show, which is considered impressive,” Randall said. “In my opinion, what’s more impressive is that I was signed by IMG models afterward and had a real career. Most girls from the show never do. A contract with IMG was one of the prizes that the winner of the show received, so it was a big deal that I got signed on my own. I also appeared in a spread for Vogue Italia, which was another one of the prizes offered, on my own.”

In addition, Randall was profiled in New York Times Magazine, and featured on the cover of Women’s Wear Daily. She modeled online for Saks and Bloomingdales and other online retailers) and did runway shows for New York Fashion Week in 2011 and 2012.

Randall is engaged to a Canadian energy executive, which figures into why she’s surprisingly chipper about getting up at 4 am to see what’s cooking across the state, and then updating throughout the day. “I want to be a mom. This is the perfect job for someone who wants to work at home and doesn’t mind unusual hours.”

It’s hard to tell whether this idea is viable thus far. Aggregation is tough. What makes The Drudge Report so valuable is the combination of the traffic firehose it can point at any site to which it links, along with its editor’s reputation as a trend spotter and setter. PolitickerNJ has noticed that the links to its stories from Jersey Report have started to send small, but meaningful, numbers of visitors, which will certainly grow as Jersey Report gets better known. And that’ll happen, if a young woman who nearly won a competitive modeling reality show while attending one of the most competitive schools in the nation has any say in the matter. 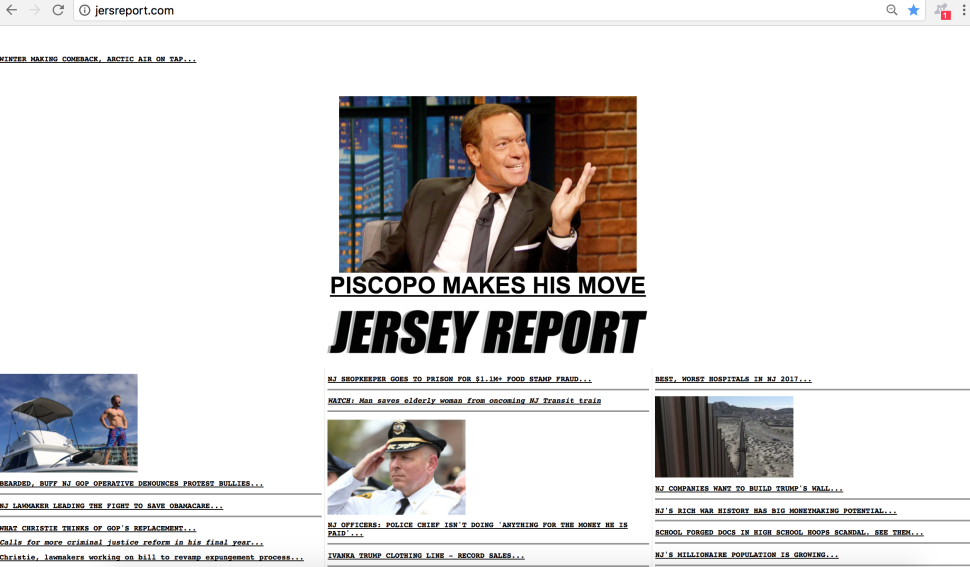 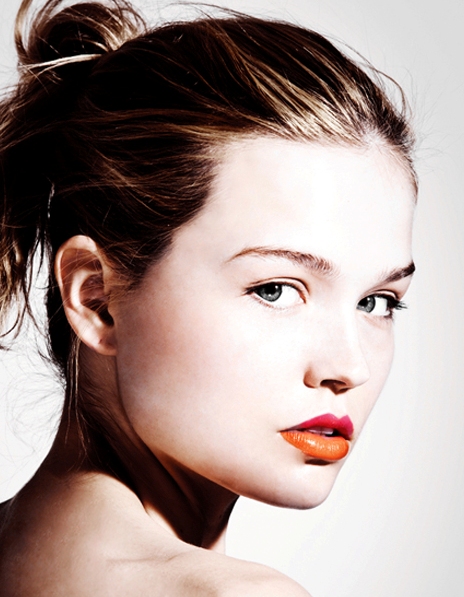