A bomb threat emailed from an as yet unidentified source emptied the Jewish Children’s Museum in Crown Heights this morning.

Officials evacuated the institution on Eastern Parkway right after the threatening email came in, around 9:30 a.m., and undertook a “floor-by-floor bomb search,” according to a report from the New York Daily News.

An NYPD spokesperson told the Observer the investigation was ongoing and that the museum remained evacuated as of 12:30 p.m.

The Jewish Children’s Museum, which opened in 2005, was spearheaded by Devorah Halberstam, mother of Ari Halberstam, a Yeshiva student gunned down on the Brooklyn Bridge in 1994 in an act now classified as terrorism. The institution is dedicated to his memory. Halberstam’s killer, Rashid Baz, had anti-semitic literature in his possession at the time of his arrest.

The NYPD’s chief of detectives yesterday said anti-Semitic bomb threats are pouring into New York City at an “unprecedented rate.” The city reported five such incidents yesterday alone. The department suspects that the threats are linked, since they share “specific language,” according to Chief Robert Boyce.

Early this afternoon, Governor Andrew Cuomo appeared with Devorah Halberstam at the Jewish Children’s Museum and condemned the threat as “one of the cruelest ironies yet in this rash of anti-Semitism that we’ve been experiencing. This is a museum that is a monument to tolerance.” He vowed to find the person or people responsible for and prosecute them to the “fullest extent of the law.” He said there is a reward for information leading to prosecution.

Halberstam concurred that the attack was repugnant but added “listen, the Jewish people have lived through this for centuries, unfortunately.”

Of the 100 “bias incidents” so far in 2017 in the city, 55 were directed towards Jewish individuals or institutions, according to NYPD Commissioner James O’Neill.

Other threats have hit the Jewish Community Center of Staten Island, the Anti-Defamation League, the East Midwood Jewish Center and the Mount Sinai Jewish Center in Washington Heights.

This story was updated on March 9 at 2:30 p.m. to include comments from Gov. Cuomo. and Halberstam. 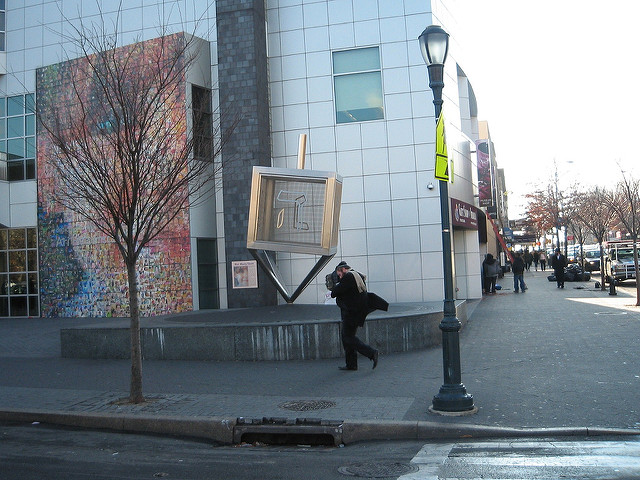