Former U.S. Undersecretary of the Treasury Jim Johnson says the Partnership for Assessment of Readiness for College and Careers (PARCC) exam “puts an unfair burden on schools that can least afford it,” and pledges to end the graduation requirement if he is elected Governor.

Johnson said his own daughter, Amalya, now a student at Columbia University, opted out of the test when she attended Montclair High School. “Ending the PARCC graduation requirement will allow New Jersey schools to do assessment that better suits their needs and provides them with useful information to improve the quality of education,” Johnson said.

The PARCC exam puts an unfair burden on schools that can least afford it. As governor, I'll end this requirement:https://t.co/z5BoITZQGR pic.twitter.com/a5ebIqewBJ

Frontrunner Phil Murphy, who is running with the endorsement of the NJEA, the state’s most powerful teacher’s union, has promised to eliminate standardized testing as a graduation requirement. Assemblyman John Wisniewski also opposes PARCC. 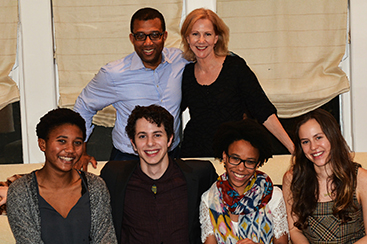