Former Vice President Joseph Biden warned today that the United States will “face some real challenges ahead” under President Donald Trump, blasting the new commander-in-chief for rolling back Obama-era policies on healthcare, LGBT issues and domestic violence against immigrant women.

Receiving an award in Manhattan today from Gov. Andrew Cuomo, Biden said that the Trump administration is now “re-litigating” whether healthcare is a right—pointing to the president’s support for the House GOP replacement bill for the Affordable Care Act, which would proffer tax credits, cut subsidies and end the requirement that large employers offer their workers affordable insurance. Biden said the country had been “moving in the right direction,” under the previous administration, and bashed Trump for rescinding his predecessor’s requirement that school districts let transgender youth use the restroom of their choice.

“Instead of focusing on the fact that 40 percent of homeless youth in the street are identified as lesbian, gay, bisexual and transgender and rejected by their families out on the street and what do we do about that?” Biden told the crowd. “We’re now focusing on whether or not a transgender child, which bathroom they can use.”

Biden also assailed Trump’s aggressive immigration enforcement agenda, which makes any foreign national accused of any crime vulnerable to deportation. The former presidential understudy asserted that undocumented women are “victimized in the extreme” under the new regime, as they now must be afraid to “come out of the shadows” when they seek legal relief from an abusive partner.

“We finally changed the law so they wouldn’t risk deportation,” Biden continued. “Instead of that, now we’re having every immigrant woman who is abused—the worst kind of captivity in your own home—not in jail, your own home. What do we forced them to do?…continued to be brutalized or be deported.”

HELP USA, a national nonprofit services nonprofit founded by Cuomo and now run by his sister, honored the former vice president today with its HELP HERO award. Biden praised the organization for addressing issues like homelessness and healthcare.

He also praised Cuomo’s father, the late Gov. Mario Cuomo, as a friend and leader.

Cuomo, touted Biden’s achievements as both vice president and as the senator from Delaware, including leading the fight for the federal ban against assault weapons, fighting for economic sanctions against South Africa and obtaining appropriations to fight sex trafficking on the Internet.

He also praised the former vice president for proposing healthcare for all Americans in 2007, the Family Medical Leave Act, and for pushing for the Violence Against Women Act.

“He took on the tough problems, he let others handle the easy ones and he got results,” Cuomo said. 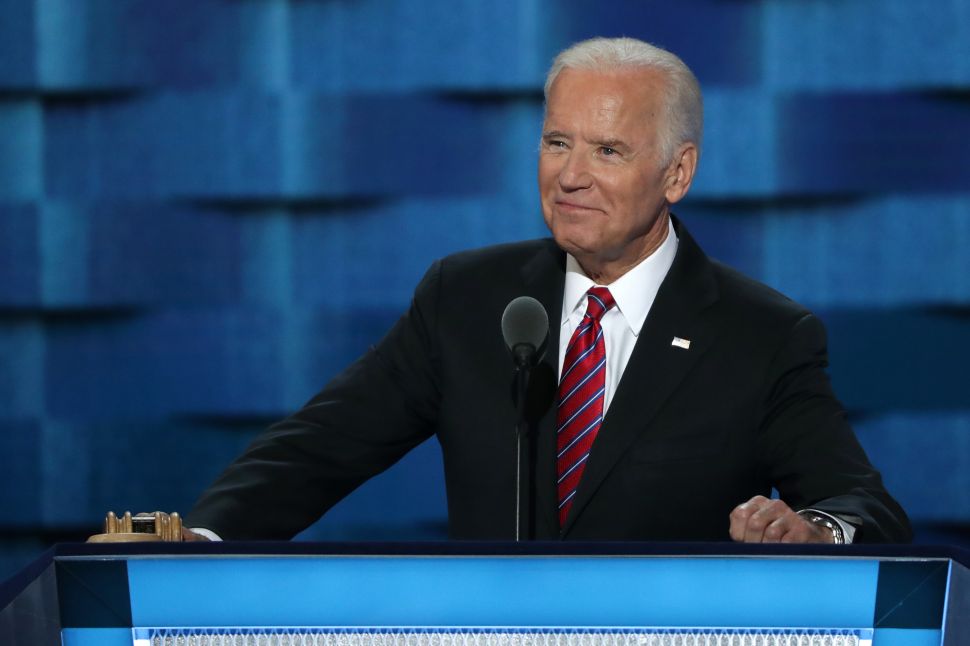