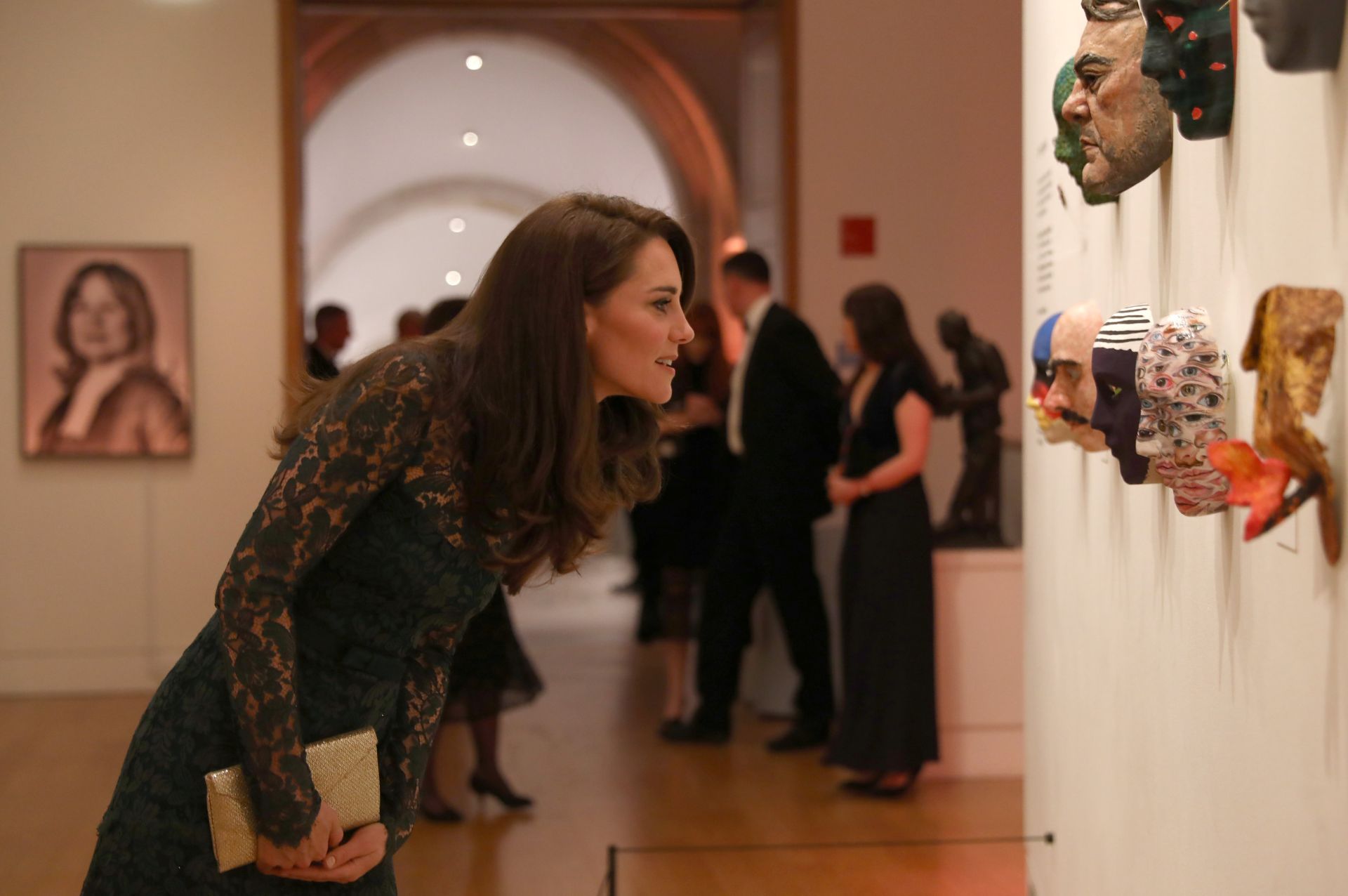 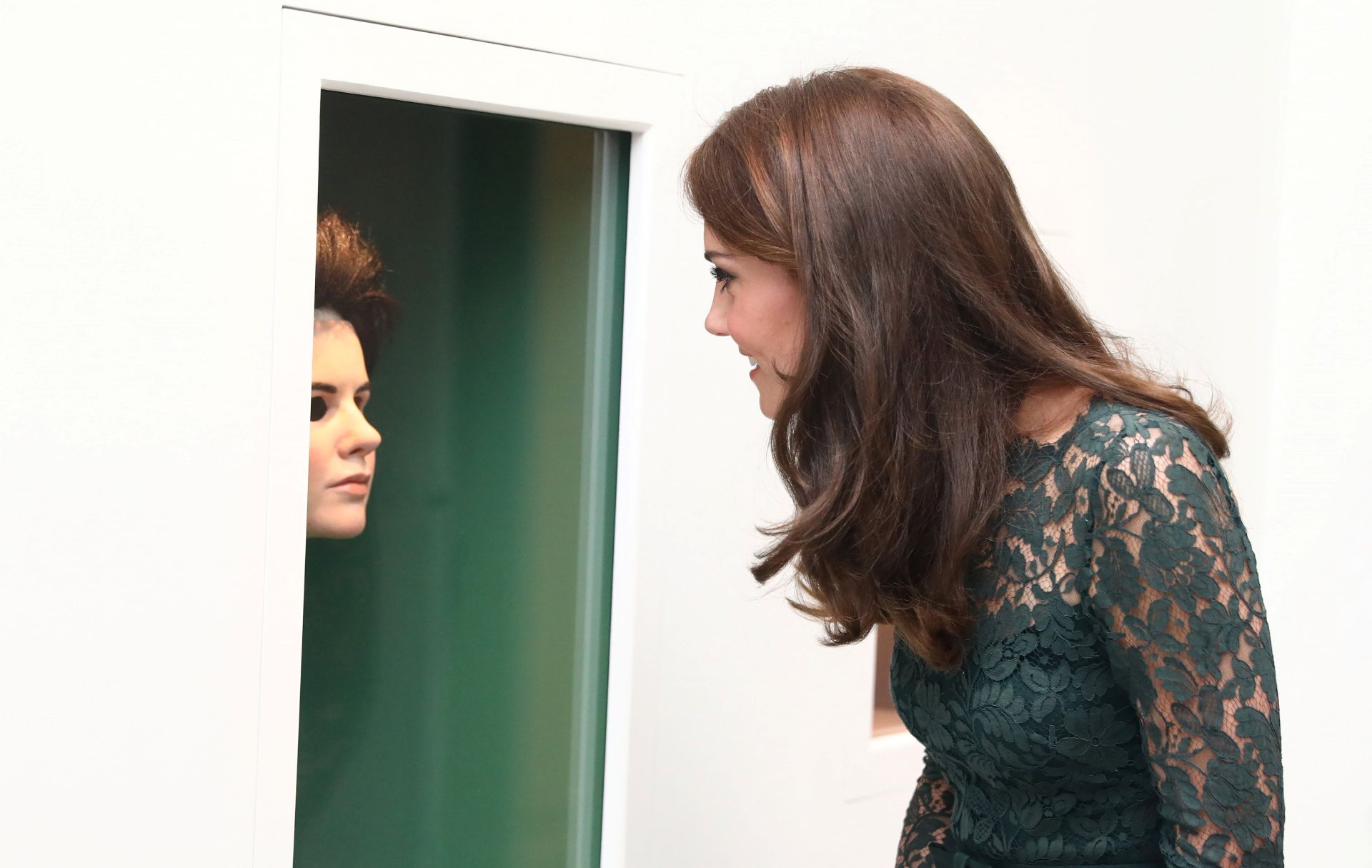 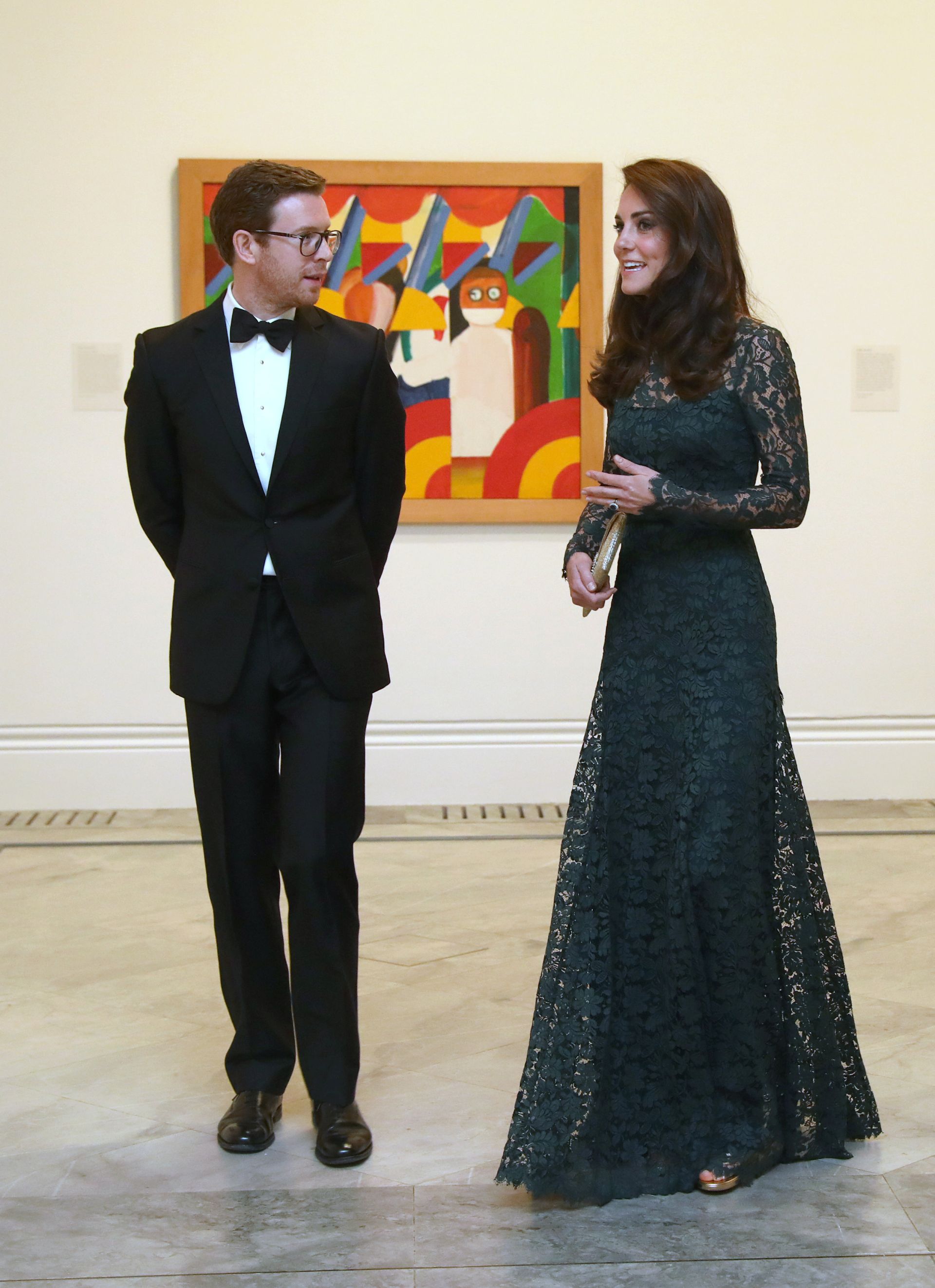 Middleton in a heated discussion about artsy things, with Dr Nicholas Cullinan, Director of the National Portrait Gallery.
Getty Images 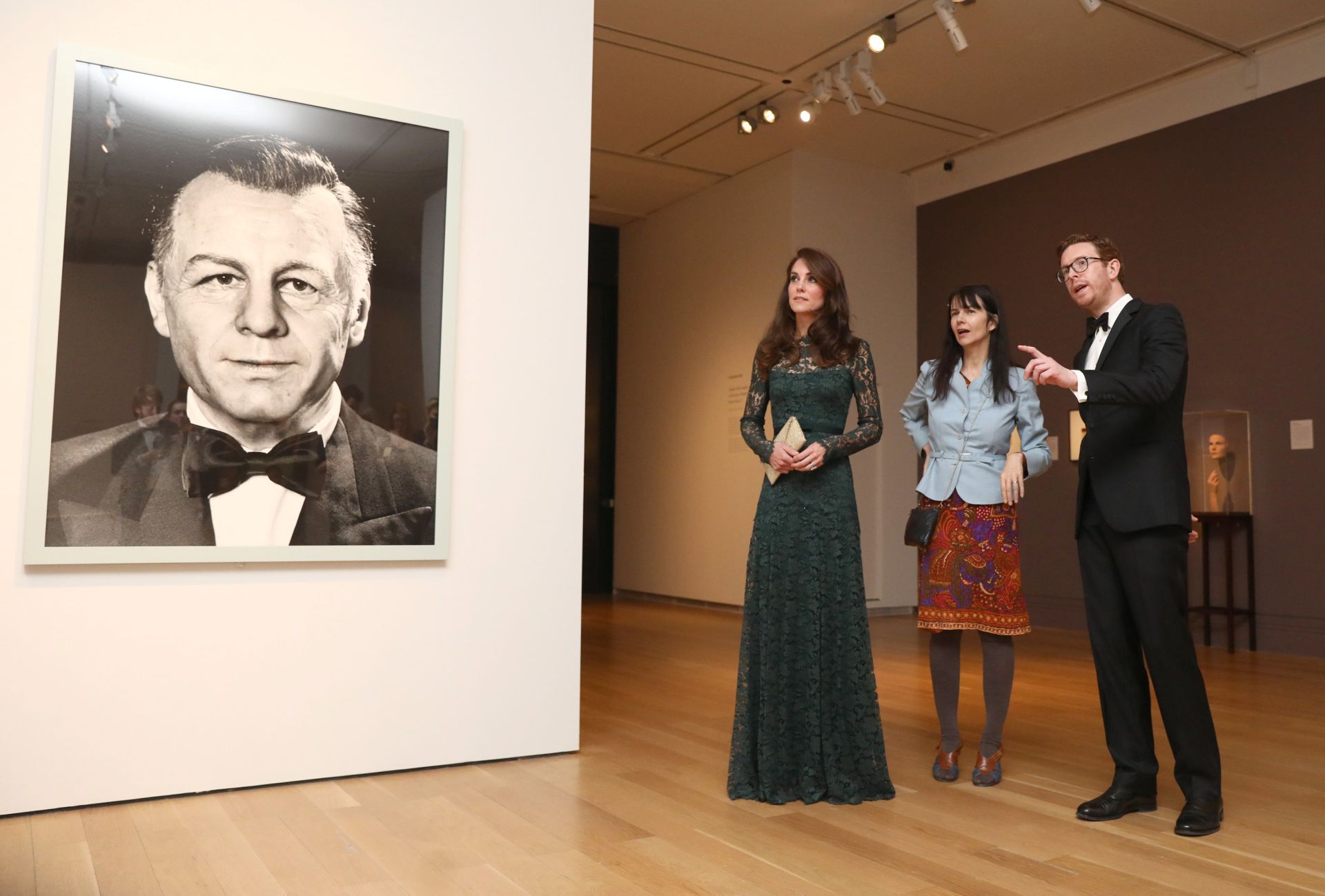 "So that's why the call it the Portrait Gallery!"
Getty Images
Advertisement 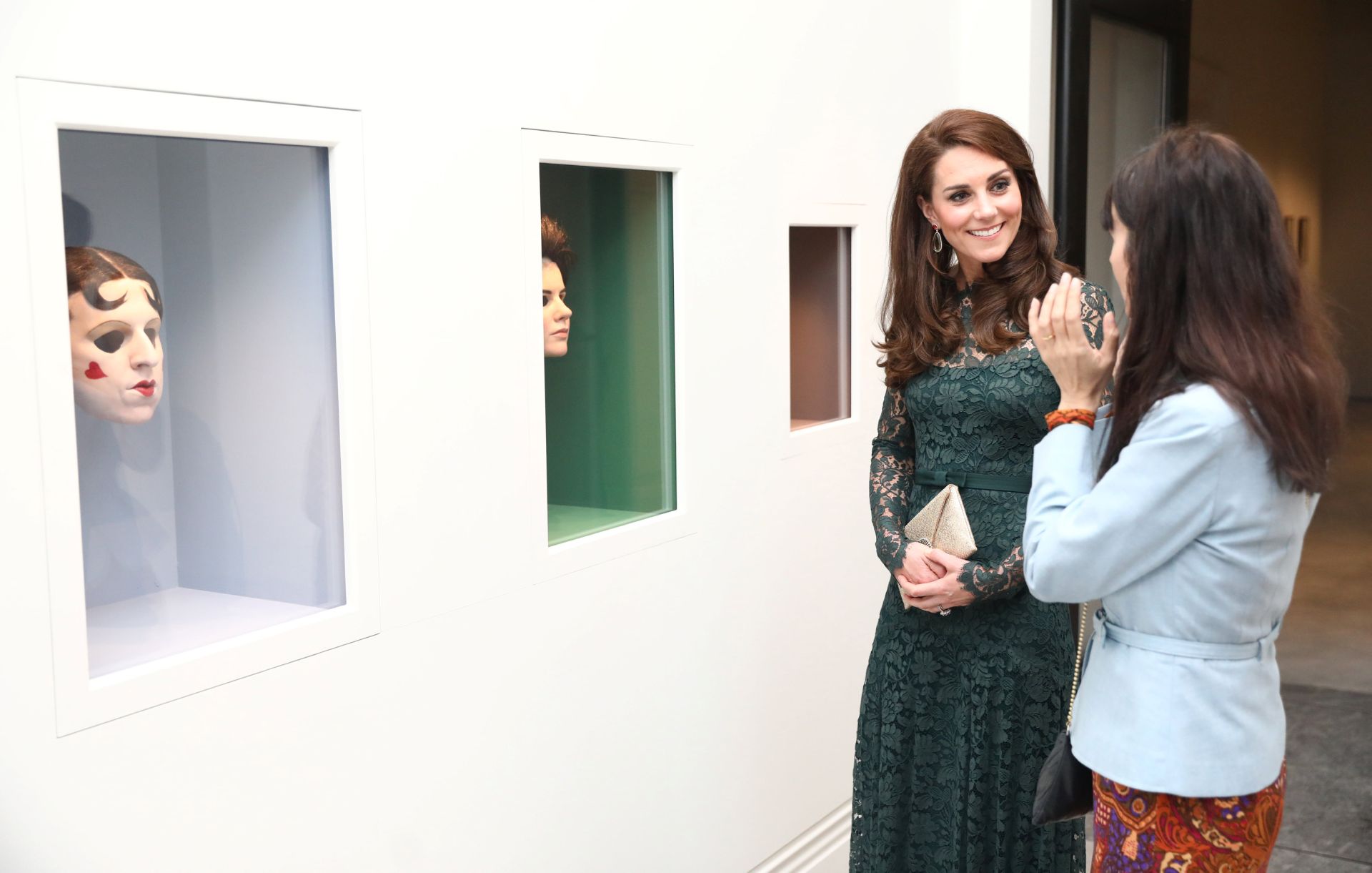 That look you make when you can't quite figure out what the piece is.
Getty Images 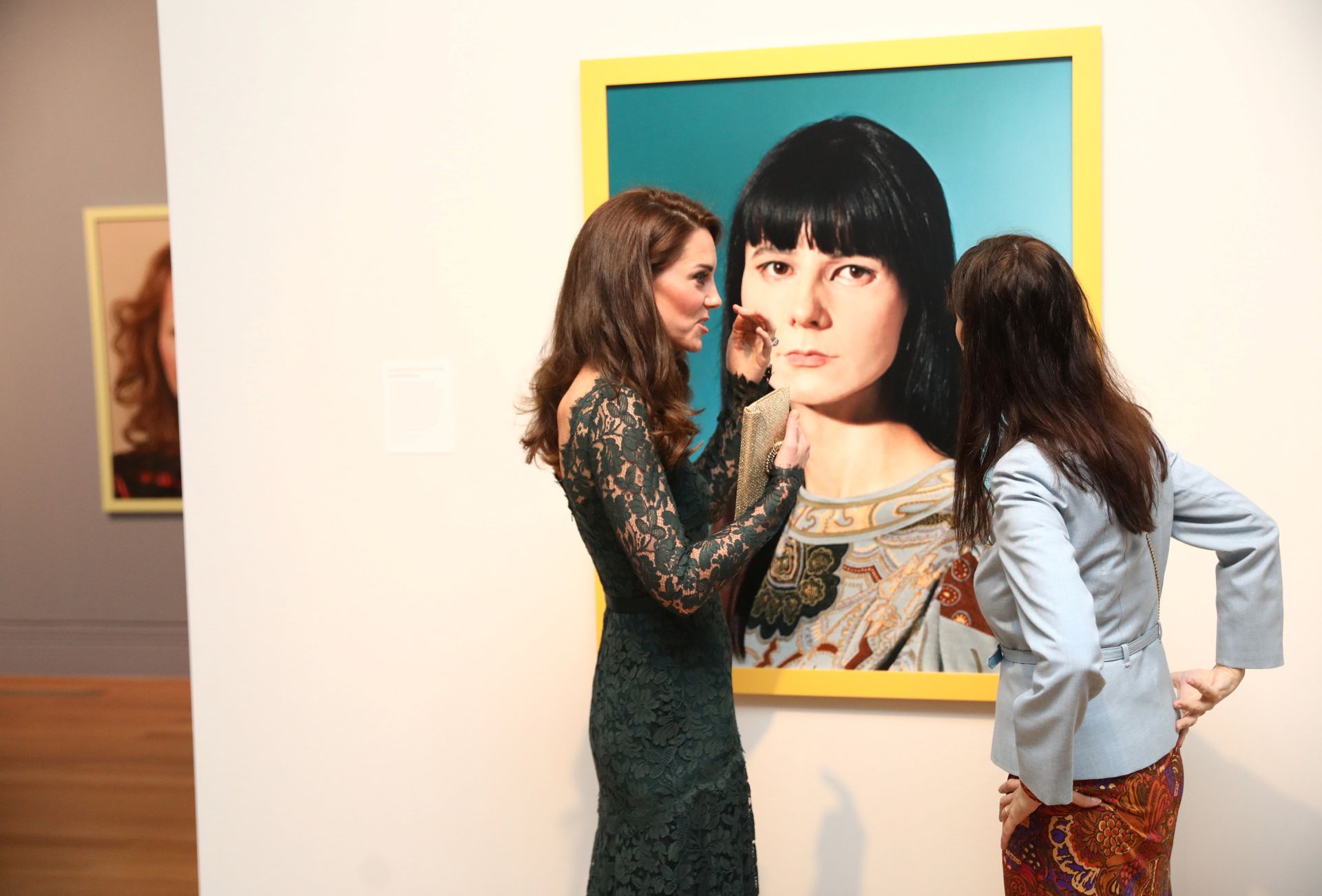 Tell us how you really feel, Duchess of Cambridge.
Getty Images 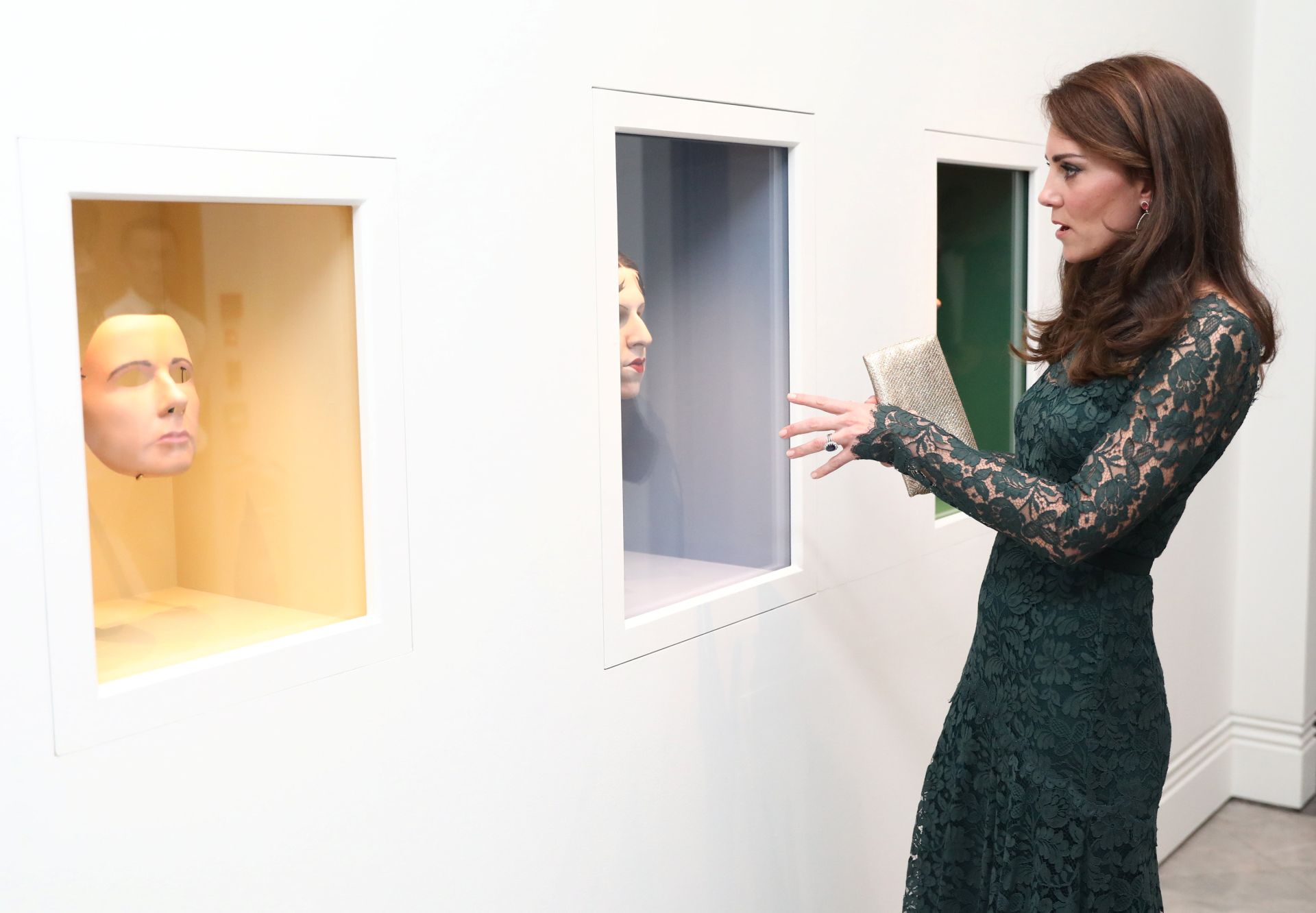 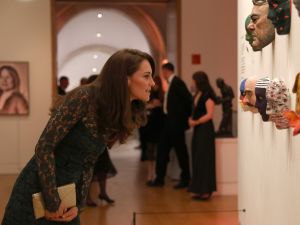 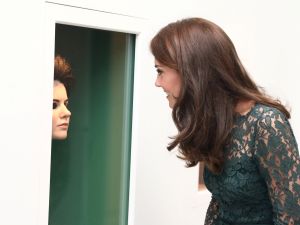 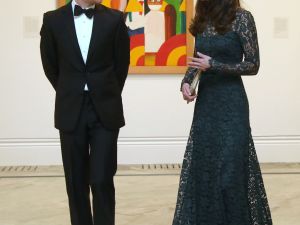 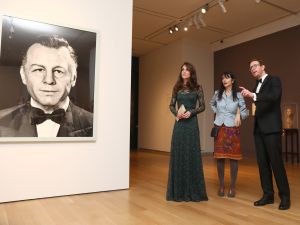 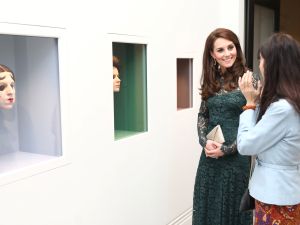 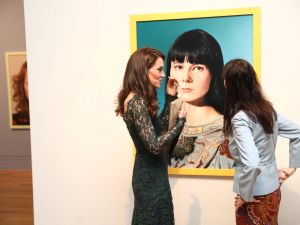 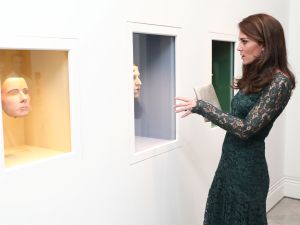 Kate Middleton‘s relationship with Prince William wasn’t the only thing she acquired during her time at the University of St Andrews in Scotland; she also earned a degree in Art History. Last night, the Duchess of Cambridge put her previous studies to good use at the National Portrait Gallery’s fourth Portrait Gala, where she has been a patron since 2012.

The black tie soirée served to raise funds for the Gallery’s upcoming shows. This includes “Coming Home,” a program focused on returning portraits of important figures back to locations that are specific to them, for a loan period of three years. For example, a painting of David Beckham will make a journey to Essex, while a portrait of the Brontë sisters will momentarily reside in Yorkshire.

However, last night the art on display included two new exhibitions, “Gillian Wearing and Claude Cahun: Behind The Mask, Another Mask” and “Howard Hodgkin: Absent Friends.” There was also art to buy, including an auction of 10 masks created by a slew of creatives, including Dame Vivienne Westwood and Philip Treacy, plus “Mystery Portrait Postcards,” 100 postcard sized works by the likes of Juergen Teller, Alex Katz, Grayson Perry and other well-known artists.

Notable celebs who ogled art alongside the Duchess at the William & Son sponsored event included Alexa Chung, Rosamund Pike, Arizona Muse, Erdem Moralioglu, Samantha Cameron, Noor Fares, Philip Treacy and Caroline Issa. Surely they were all starstruck by Middleton; Chung even shared a picture of her handshake with the chic royal with her 2.6 million Instagram followers.

While Chung was clad in an artsy Loewe frock, Middleton opted for a forest green Temperley gown, which was decidedly modest, despite being constructed from yards of lace. She proudly represented two other English designers, donning a glittery gold clutch by Wilbur & Gussie and limited edition pink tourmaline, green amethyst and pave diamond earrings by Kiki McDonough. It was, clearly, a lovely night to celebrate English talents.