State Sen. Kevin O’Toole (R-40) has cleared an important hurdle and is now a step closer to assuming the board position at the Port Authority of New York and New Jersey. Gov. Christie nominated the Senator, as well as Democrat Caren Turner, at the end of last month. O’Toole has been a dependable Christie ally throughout the governor’s eight years.

The Senate Judiciary Committee voted 10-1 in favor of O’Toole, with only Senator Ray Lesniak, who is also running for governor, opposing the nomination. During the hearing, Lesniak cited O’Toole’s refusal to commit to a pay raise for SEIU workers as the reason for his dissenting vote. He said it has nothing to do with O’Toole as a candidate but declared that he would oppose anyone who failed to commit to a pay raise (the New York commissioners all voted for the raise; the New Jersey commissioners all opposed). Lesniak said he would subject Ms. Turner to the same ultimatum. Her  candidacy is supported by Sen. Loretta Weinberg, who has been a frequent Christie critic as well as a self-appointed Port Authority watchdog who has been monitoring the finances at the beleaguered bi-state agency.

Voting for O’Toole were all GOP Senators (Cardinale, Kyrillos, Bateman, Doherty) and all Democratic senators (Scutari, Gill, , Sarlo, Weinberg, Stack, and Pou)  except Lesniak and Bob Smith (who was absent today).

In February, O’Toole told PolitickerNJ “I thank Governor Christie for nominating me to the Port Authority. If confirmed, I look forward to serving the Port Authority with the same level of energy and dedication that I served my constituents with in the legislature.”

If confirmed by the full senate, O’Toole will replace Pat Schuber, a Republican who Christie nominated to the board in 2011. O’Toole announced late last year that he would be retiring from his state senate seat at the end of his term, which has set in motion one of the most intense primaries in the state, pitting Passaic County Clerk Kristin Corrado against former Minority and Majority Leader Paul DiGaetano, who is also the Bergen County GOP Chairman. If O’Toole is cleared to join the Port Authority, as expected, he will likely depart from his Senate seat early, which would set up a special election to fill the vacancy until a new senator is elected in November 2017 to represent District 40. 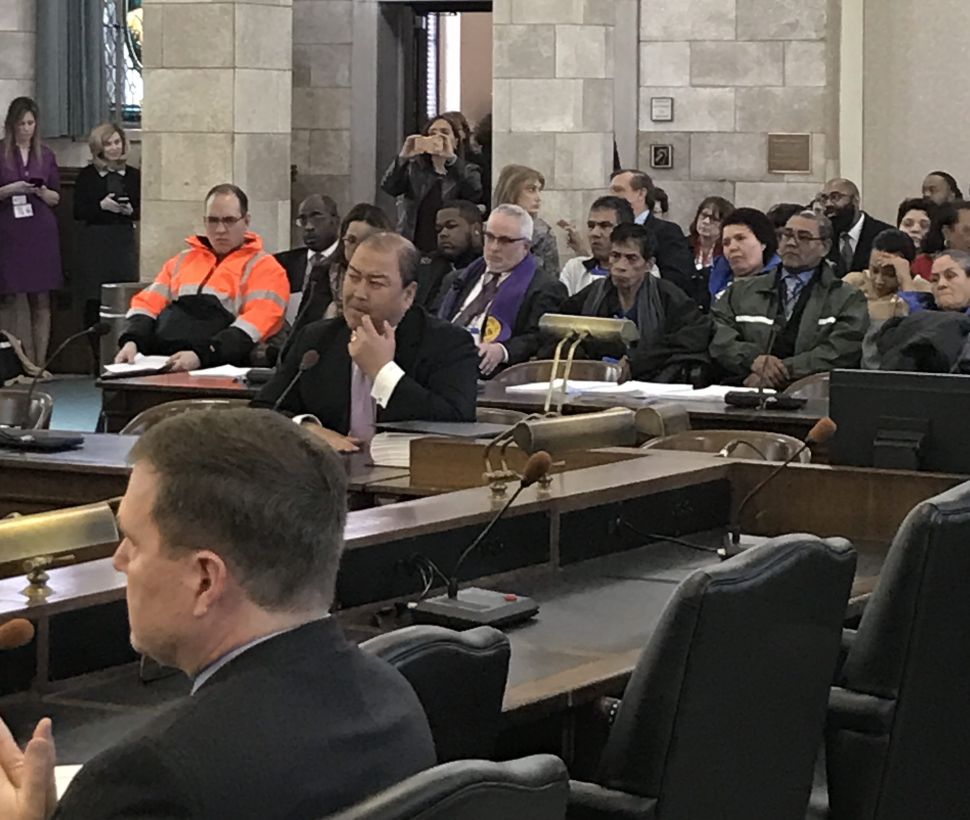