‘As long as you get your 8 hours in.’ From the second you walk into a classroom, you’re taught to structure your day around an 8-hour block. And it’s no different once you move into the working world.

While this has been the standard for generations, the 40-hour work week doesn’t work anymore.

Since starting Crew and Unsplash I’ve made huge strides in how I approach my day to be more productive, but sometimes, I still catch myself looking at the clock, calculating how much time I should be working rather than focusing on what I’m getting done in that time.

On days where I put in less than 8 or 10 hours of work, I feel a bit guilty, like I’m not pushing hard enough. But, this is the wrong way to think.

Two of my co-founders prefer to work late into the night while I enjoy starting work early in the day.

Because we have different energy levels at different times, it would be counterproductive for them to start work at 9AM (just like it would be inefficient for me to be working at 2AM).

Granted, there are times when scheduling a time to meet during the day to discuss important matters is needed (and there are many days when we all work through the night), but the importance is our work schedules are rarely managed by a set number of hours; rather, they are guided by our energy levels.

Most importantly, we’ve seen the results of working without a set schedule in the quality of our work, our productivity, and our health.

But, working set hours is typically the norm for full-time professionals, so I wondered where this 40-hour work schedule came from and if there’s any scientific backing as to why we’ve been working this way for almost a century.

How the 40-hour work week came to be

During the Industrial Revolution, factories needed to be running around the clock so employees during this era frequently worked between 10-16 hour days.

In the 1920s however, Henry Ford, founder of Ford Motor Company, decided to try something different: His workers would only work 8 hours a day, 5 days a week.

No, this wasn’t unbridled generosity. Or some scientific experiment. Rather, Ford switched up his work week so employees would have enough free time to go out and realize they needed to buy stuff.

In a 1926 interview published in World’s Work magazine, Ford explains:

“Leisure is an indispensable ingredient in a growing consumer market because working people need to have enough free time to find uses for consumer products, including automobiles.”

Ford knew for people to buy his cars, they had to have time to drive them.So the 8-hour work day, 5-day workweek wasn’t chosen as the way to work for scientific reasons; instead, it was partly driven by the goal of increasing consumption.

If not time, how should we schedule our days?

While Ford’s strategy worked at the time, it doesn’t make sense for us to track our work solely by required hours anymore.

We’ve moved from an economy based on industry and scale, to one based on information and innovation.

So, how should we schedule our days then? What if we let our body schedule it for us?

Light and genetics are the two main factors that help your body tell time.

Light especially creates a natural cycle of energy levels throughout your day, which typically looks something like this:

Your genetics, however, is what causes your cycle to be longer or shorter. This has surprising consequences.

If your cycle is a bit longer, you would be considered a night owl and have more energy in the evening.

If yours is a bit shorter, you’re most likely an early riser, says Katherine Sharkey, MD, PhD, associate director of the Sleep for Science Research Lab.

A typical workday for most of us usually starts at 7AM and ends around 5PM. This lifestyle design really only works well for one type of person: The early riser.

If you prefer working nights (like 44% of women and 37% of men do), then you’re often stuck slugging away at a time when your energy levels are low.

Because night owls wake up later, they sometimes get a reputation for being lazy because they’re asleep while the rest of the world is hustling.

But, recent research from the University of Brussels suggests that night owls may beat out early birds in the length of time they can stay awake and alert without becoming mentally fatigued.

After ten hours of being awake, the early risers showed reduced activity in areas of the brain associated with attention span and completed tasks more slowly than late risers.

“It’s the late risers who have the advantage, and can outperform the early birds,” said Philippe Peigneux, one of the publishers of the study.

A night owl can be just as productive (if not more) than an early riser, they’re simply more productive at a different time.

4 steps to scheduling a truly productive day (without hours)

I’ve experimented a lot with different techniques to improve the way I work. A couple weeks ago, I tried to not look at a clock for a day and instead, just rely on my energy levels to tell me what I should do (I found it nearly impossible and failed within the first couple hours).

Through trial and failure however, I’ve found a system that has worked wonders.

Make a to-do list for the day that has 3-4 major tasks that you want to get done.

Because your days will naturally fill up with other things, David Heinemeier Hansson of 37signals, recommends you plan for 4-5 hours of real work per day.

Laying out your daily tasks knowing this, helps you create a to-do list that you can consistently complete, rather than one that has too many items and leaves you feeling bad, like you’re constantly falling behind.

2. Create cycles with your work

You probably have lots of different types of tasks to worry about.

To accomplish more of the important things while maintaining balance in your energy levels so you don’t burnout, try breaking your day up like this:

3. Give yourself one day with no work

Steve Blank, the pioneer of the Lean Startup Movement uses a Date Night every week to remove from work completely. My wife and I do this same thing.

One night a week, we have a planned time where we spend time not talking about any work (no checking of iThings allowed).

When you return to work the next day, you’ll probably feel inspired and driven, helping to keep distractions at bay.

4. Find a true metric to measure your tasks

It’s easy to count hours but not so easy to figure out another way to measure the work you do that encompasses the true goal of what you’re producing.

For example, it’s easy to measure how many hours you wrote today but what is the goal of your writing?

Is it to simply get your thoughts down? Then maybe you should be measuring how many days in a row you are writing.

Is it to grow your audience so people purchase what you’re selling? Then maybe you should track the sales that result from each blog post you write rather than the number of posts you write.

Track your progress using one of these metrics and your mindset may shift from ‘I worked x hours to do this thing’ to ‘I did this thing and it produced x results.’

There’s a better way to live our life than 40 hours a week.

If you work at a company that requires you to be there for a set number of hours I’m not saying you should quit or that it’s a bad gig.

The important thing to remember is it’s not about the amount of hours you work, but what you do in those hours that counts.

Mikael Cho is the founder and CEO of Crew Labs—a marketplace that connects vetted creative professionals with projects. This post originally appeared on crew.co. 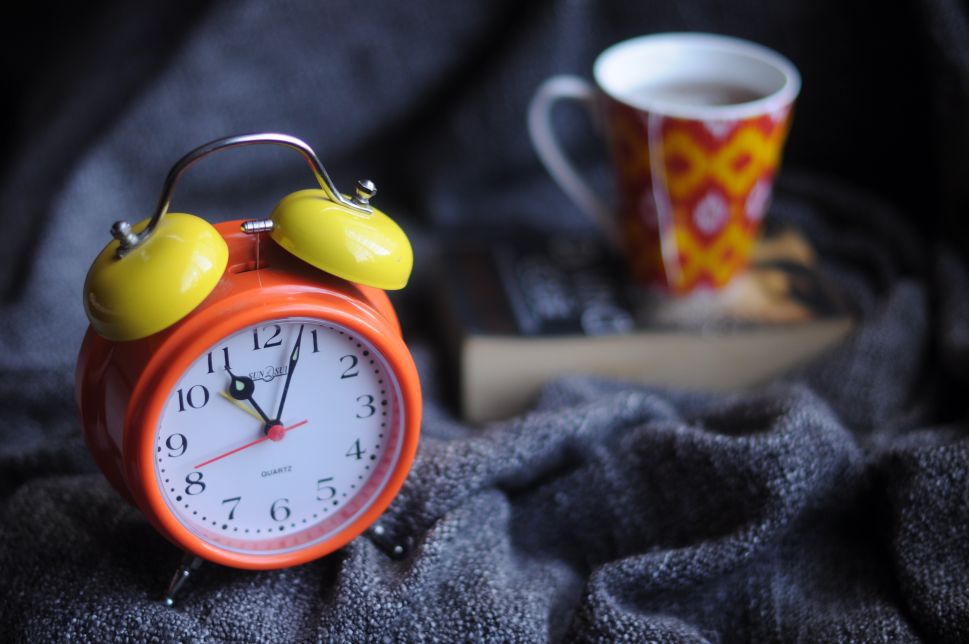