If Pastor Martin Niemöller’s poem “First They Came” was rewritten for today’s free-speech battles, would the Ku Klux Klan be in the first line? It’s hard to think of a more unsympathetic group, yet tyranny often starts small, sometimes targeting first those that are liked the least. A current court case involving the KKK serves as a warning: We are slowly, incrementally losing our freedom of speech.

At issue is the story of 22-year-old William D. Schenk, who spent five months in a Vermont jail after leaving Klan recruitment fliers at the Burlington homes of two women, one black and one Hispanic. Authorities accuse him of “targeting” the ladies, and in April 2016 he pleaded no contest to “two counts of disorderly conduct, enhanced by a hate crime penalty based on prosecutors’ belief that Schenk was motivated by the victims’ race,” reported the Burlington Free Press.

This plea was entered, however, under the condition that Schenk could appeal a judge’s decision to not dismiss the charges. That appeal is now being heard by the Vermont Supreme Court.

Unsurprisingly, the facts of the case are in dispute. Schenk claims he distributed the fliers to 50 homes; police say they found no recipients but the two minority women. Deputy Chittenden County State’s Attorney Aimee Griffin said it could be “inferred” that he targeted the women; Associate Justice John Dooley noted that there’s no evidence Schenk knew the two women were minorities. Schenk is a North Carolina native and states that he conducted a similar recruitment drive in his home state.

What’s not in dispute is that if Schenk had been recruiting for the Republicans or Communist Party USA, he never would have landed in the dock. As the Vermont chapter of the American Civil Liberties Union (ACLU) put it in papers filed on his behalf, “[T]he government seeks to punish Schenk based solely on the content of his speech.”

Furthermore, ACLU Staff Attorney Jay Diaz wrote in a prepared statement that while his organization considers the KKK a “despicable hate group…the Constitution does not allow the government to pick and choose which speech it will permit.”

Another troubling aspect of this case is prosecutor Griffin’s insistence that, somehow, a government inference of motive makes otherwise lawful speech a crime. It’s reminiscent of how the courts “inferred” that President Donald Trump’s initial travel ban unfairly targeted Muslims based partially on comments he made in the past, on the campaign trail.

In other words, increasingly, the state is not judging acts and policies on their substance, but on what it divines their actuators’ motives to have been. But is this a government of laws or a sideshow telepathist routine? “It’s the thought that counts” only applies to disappointed gift recipients.

Griffin rejected the analogy, stating that the KKK’s “history of violence” created a more profound threat. Of course, given that left-wing groups have often unfairly, but successfully, portrayed pro-lifers as historically violent, the judges’ question was apt.

Let’s try this on for size: What about Marxists putting recruitment literature on bankers’ stoops? Given that communists murdered 94 million people during the 20th century—and target “capitalists” in particular—could we view this as a hate crime? And what if the New Black Panther Party put fliers on whites’ doorsteps?

Upon accepting the precedent that government can stifle speech based on content and motivation, playing mind reader, who will be allowed to say what would be determined by political favor.

Is this even remotely responsible, undermining our constitutional freedoms in the name of stifling the speech of a scorned and reviled .001 percent of the population? The First Amendment’s purpose is to protect unpopular speech; popular speech’s popularity is usually all the protection it needs.

The Schenk case reflects the increasing acceptance of the notion of actionable “hate speech,” something explicitly criminalized in other Western nations. With “hate” always defined to be, quite curiously, synonymous with “political incorrectness,” such laws have claimed victims ranging from politicians to pundits to performers to pastors to peons, all targeted mainly for criticizing Islam and, less frequently, homosexuality. Worse still, we’re on the road to embracing these laws ourselves.

The problem began when the term “hate speech” originated (circa 1990) and then was cemented in our culture as a separate category of speech (years later). People would say things such as, to use the example of attorney Gloria Alred’s hysterical 2006 shriek about a comedian’s epithet-laced, on-stage meltdown, “This is not free speech; this is hate speech!”

If you continually differentiate hate speech from free speech, people will begin to view the former as a separate species of speech—not protected by the First Amendment.

Now, for just about as long as we’ve had the hate-speech species, we’ve punished it situationally—when associated with “hate crimes.” Consider: Something is generally identified as a hate crime by way of what’s expressed during its commission. An example is assaulting somebody while directing racial epithets.

It’s also considered an aggravating factor. For instance, if the assault would normally involve only four years’ incarceration, the hate-crime “enhancement” might bring an additional six. In other words, we’re already punishing “hate speech” within a certain context.

The Schenk case represents this (d)evolution. Where once the speech had to be uttered during a crime to implicitly be deemed unlawful, now the speech alone may be considered unlawful when directed at a certain type of person.

None of this is any surprise, with politics being downstream of an ever-degrading culture. When I was in elementary school we still heard the rhyme, “Sticks and stones may break my bones, but names will never hurt me.” Oh, words can hurt feelings, draw tears or even start wars, but that’s not the point. The saying instilled tolerance for unwelcome speech, a prerequisite for maintaining respect for free and open discourse.

It’s clear that today’s kids…er, snowflakes, don’t hear the rhyme much anymore. Instead, their fragility is nurtured as they’re taught about “triggers,” “microaggressions,” or whatever is the latest “Oh, the humanity!” term describing things that just shouldn’t offend their ethereal ears. They are provided “safe spaces” where, at least momentarily, their delusive bubble won’t be burst. Is it any wonder they want to turn the whole country into a safe space? (This recent survey finds growing intolerance for “controversial” speech among the young.)

It should be mentioned that hate-speech prohibitions—whether foreign laws or domestic campus codes—rarely affect Klansmen, partially because there are so few Klansmen. Rather, they mainly stifle substantive debate over Islam, race, immigration and fashionable sexual agendas. They’re also dishonest: Their main focus isn’t hate, but what the Thought Police hate.

A good way to start draining the legislative swamp is to get the government out of the doubleplusgood thought business and rescind hate-crime law. Barring this, all we can do is ask: Whose principles will become tomorrow’s hate? 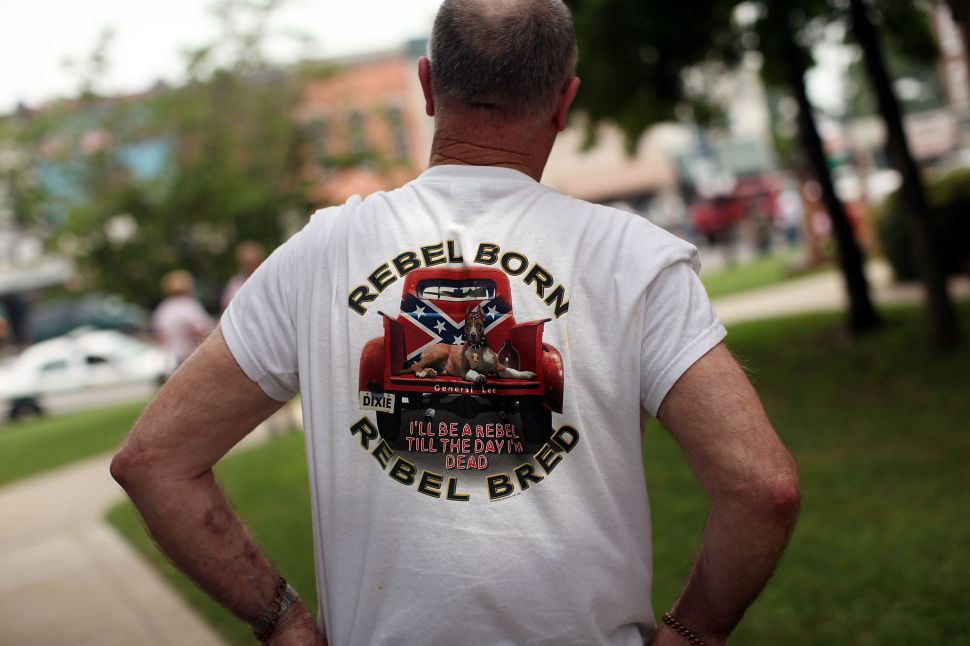