It may be one baby step for a giant ape-like King Kong, or one leap forward in flip flops for a baseball-cap-wearing Hollywood mogul, but the female lead in Kong: Skull Island is nobody’s wan victim, a fainting Fay Wray. In 2017’s first boisterous action blockbuster (estimated budget $185M) , Oscar winner Brie Larson, 27, plays gutsy grounded photojournalist Mason Weaver. In the tradition of the great Karen Allen from Raiders of the Lost Ark, she’s eminently fuckable but she’s no man – or beast’s – rubber ducky fuck toy.

Weaver’s the kind of hip early 70s chick who would have dropped-and-rocked to Grace Slick or Janis Joplin before retreating for her crying jag to Joni Mitchell’s ‘Blue.’ She’s a peacenik in a war zone, camera strapped to her neck, wash-and-wear blond hair and the wide-eyed intensity of a Peace Corps volunteer on her first day in Ghana. Yet Weaver would have been well-bred enough not to Bogart that joint. She generates heat without hair extensions or high heels and, like nearly every straight woman in the audience, recognizes that, despite his murky spy politics, hunky Tom Hiddleston’s James Conrad (Heart of Darkness pun intended) is the hottest prospect on the mission to uncover the mysteries of Skull Island.

Former indie darling Larson (currently filming the role of Captain Marvel in Avengers: Infinity War) doesn’t have to tie herself up in knots for this role. She’s a smart, curious artist playing a smart, curious artist — a brash cutie in a male-dominated world. Unlike past characterizations, she’s not stuck in a Room, the abused mother protecting her young son, adored despite being the product of rape. Nor is she the care-worn counselor of troubled teens in her break-out drama Short Term 12.  Granted, Mason Weaver is still a concoction, lacking backstory or apparent flaws. She appears, like Venus, arriving fully formed on the half shell with an armload of spunk and Yankee ingenuity.

In the crucial first eye-contact between woman and beast, Weaver stands on a cliff besides Conrad, confronting the monumental Kong, a miracle of current CGI technique. At that moment, her camera slack around her neck, she’s as empathetic as Jane Goodall, breathing deep in the face of one of cinema’s most famous super-sized simian. But Weaver’s not the typical damsel in distress emblematic of the early Kong films. She’s no stolen Barbie doll that animates the wrath of her human protectors in what is at its core a man versus beast story.

Or, as the character of the film director Carl Denham says to his leading man John Driscoll in the 1933 classic King Kong: “The Beast was a tough guy too. He could lick the world. But when he saw Beauty, she got him. He went soft. He forgot his wisdom and the little fellas licked him.”

And then something fantastic happens [[spoiler alert]]: Weaver’s beauty does not inspire Kong to fall in love with her in any romantic sense. The perverse (and unreciprocated) sexual desire between beast and damsel never develops (recalling Peter Jackson’s 2005 update). Kong doesn’t carry Weaver away to his mountaintop or scramble up the Empire State Building’s exterior, her wife-beater ripped and bra exposed, launching that male rescue fantasy embedded in the original Kong. Banished is that strange beast-lust that underpins the original: that we male warriors must prove our manhood saving the white woman from the monstrous ape – a parallel to violence justified by the fear of The Other raping our helpless women.

I found the absence of the ultimate sci-fi stalking – Kong on Blonde –an enormous relief. I’d been unaware, sitting down at the start of this hugely entertaining film, how much I dreaded that taboo beast-beauty coupling. That doesn’t make Kong: Skull Island the ultimate post-feminist film, not that that was the intention of this horror prequel directed by Jordan Vogt-Roberts and written by a team of men.

Weaver is primarily an island in a stream of men: Caucasian, Asian and African-American; old and young; indigenous and interloper; lucid and unhinged. It could be argued that, as an outsider, she actually has more in common with the loner Kong than she does with her male comrades. That still doesn’t make them a mutually-satisfying match. As a woman, that’s one slick CGI sequence I never want to see. 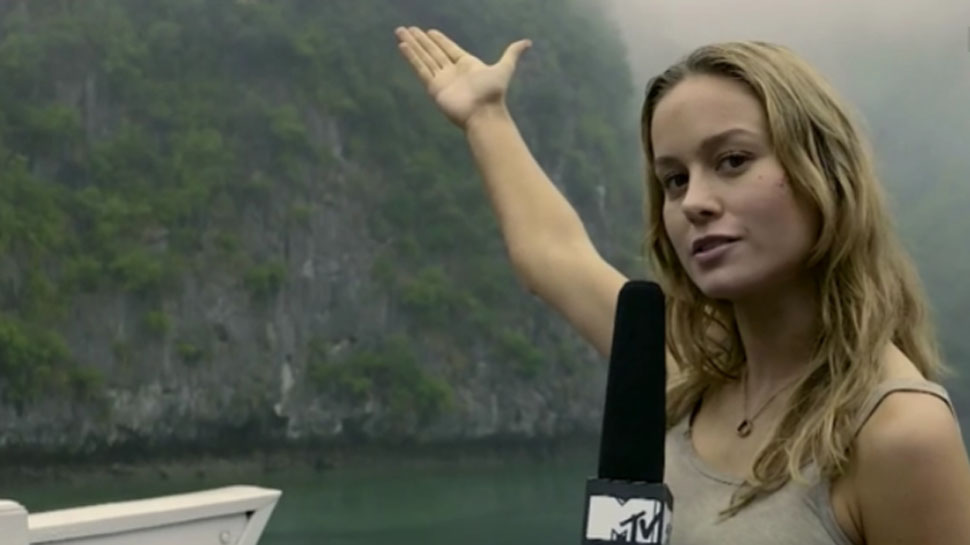