After what I– and apparently not that many other people– would consider a rocky start, Legion has figured out a great dynamic between a group of characters. The show is at its best not focussing on David, but on the group of people trying to save him for their own personal reasons and figuring out what he’s all about, while his demons try to ruin everything.

At the beginning of this week’s episode, David has used his mind powers to create a place where he and Syd can finally get freaky with each other without her powers causing them to Freaky Friday with each other. Kerry gets her injuries patched up, and Cary assimilates them.

Dr. Melanie learns of David’s meeting with her husband. It seems Oliver became obsessed with the astral plane / ice cube room he was able to build for himself, and this discovery of his own incredible powers ultimately turned him into a classic boring baby boomer guy, just hanging around with his records, drinks and Beat poetry. The only difference is he’s not trying to share a news article with me from something called “The Kansas City Star Journal Tribune dot biz” about Sharia law being implemented in America.

Syd confesses to David that she once switched places with her mother to have sex with her mother’s unwitting boyfriend. David, all cocky from his experiences, is ready to go rescue Amy, and ends up doing so without any of the other Summerland residents.

They realize where he’s gone and decide to follow him, as a Radiohead song from after I stopped listening to Radiohead plays, with the line “The lunatics have taken over the asylum.” This episode is so good that it is challenging my snobbery: sure “The lunatics have taken over the asylum” is a terribly trite line, totally unworthy of a band that used to write cool lines like “Her Hitler hairdo is makin’ me feel ill,” but maybe my aversion to certain aspects of this show is unhealthy: maybe my cringing at all the “I’m insane, but maybe it’s society that’s truly nuts, and I really just have amazing mental powers” stuff is due in part to how much it reminds me of a time when that kind of aesthetic appealed to me much more, when I was as annoying about the Iraq War as I was about the fact that I was forced to do geometry homework. And that should be on me! It’s not the show’s fault.

David has apparently gone through the whole facility and just gleefully wasted everybody in order to secure Amy. But infrared security camera footage shows that it’s really the Devil with Yellow Eyes doing all the wasting. Cary pops in on a screen like Carmen Sandiego to offer his theory, which so far holds up: The Devil with Yellow Eyes is a powerful mutant in its own right, inhabiting David.

In the white boudoir David created, Syd finds David playing the banjo and singing “The Rainbow Connection,” because like I always say: “It’s Not Easy Being the World’s Most Powerful Mutant, and Also Another, Evil Mutant is Inside You.”

Lenny says that she is the same as Benny, the dog, and the Angriest Boy. What’s not clear is whether she’s also the Devil with Yellow Eyes, or if the Devil is the mutant inside David in its true form and Lenny / Benny / the dog / the Angriest Boy is a separate, sort of enabler entity? Of all those forms Lenny has listed off, the Angriest Boy is the only one who isn’t an accomplice to David.

Cary has built some kind of entity-isolator. Kerry prefers a different tool: a bat with nails on it. They all go to see Amy, who is being held captive by Lenny and the bad David. Some guy (am I crazy? Did they introduce this character at all before he’s kind of calling the shots amongst the Summerland gang with regards to their plan of attack in this episode?) tries to shoot David and Syd gets them to the white room. Inside, the Devil with Yellow Eyes chases Syd around until she comes to– back in the mental facility, with every other character a patient, too, except for Lenny, who’s a therapist.

Now of course if that’s real, that would be a very ridiculous conclusion for EPISODE FIVE. It makes a lot more sense that it just means the Devil with Yellow Eyes has gotten hold of her, or it’s more of Lenny’s trickery, or it’s a defense David has created to hold things off until they can do a better job escaping. But then what does that say about the reality they began with? Honestly, I hope the last episode ends with all of the characters realizing they’re fictional characters on an X-Men spinoff TV show.

Here’s an idea: so comic book adaptations for adults try to capture, in a more “mature” manner, what adults who used to like comic books as kids liked about them so much, right? And as a kid, comic books appeared to tell you something about adult life, even if you were perfectly aware the storylines were often absurd, far-fetched, etc. All too often, the impulse amongst these creators and adaptors is to make things extremely grim and gritty. I think that impulse reflects a desire to capture the fact that comic books told us that adult life is serious and exciting.

But the writers of Legion have figured out a better way, one that I think comes closer to recreating the feeling of being a kid reading a serialized superhero comic. By being stylistically fanciful without being self-parodic, and having the gravity of situations constantly undermined by a shifting reality, the show emulates not only the exciting quality of adult life comic books used to promise, but the vastness of it: life consists of millions of complicated stories beyond your world, and the potential of innumerable adventures awaits. 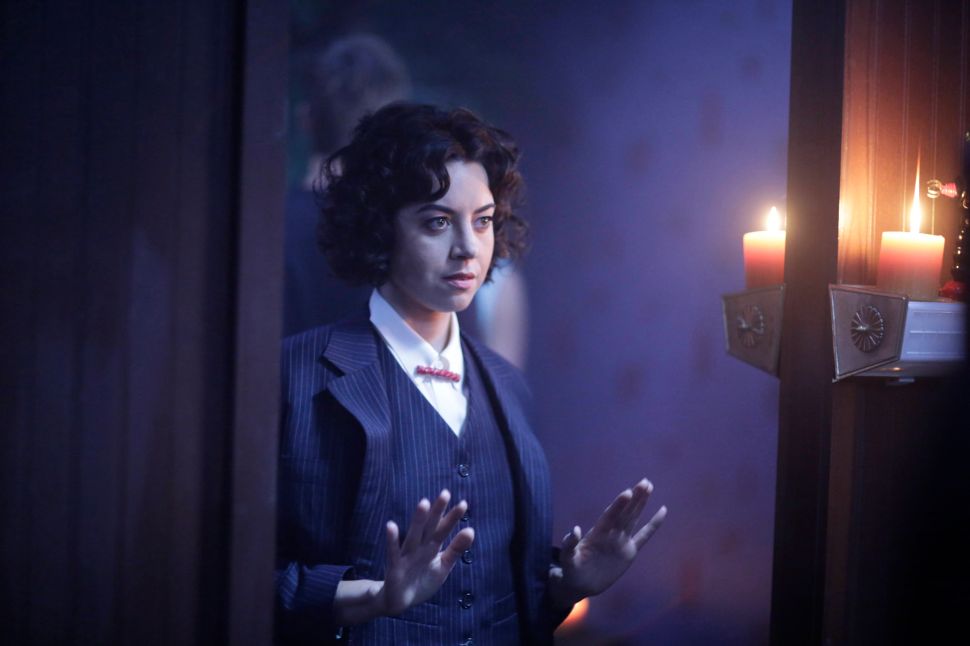