The first half of this episode is, uncharacteristically, full of exposition, and the second half has almost no spoken dialogue. It begins with The Eye chasing Kerry around the institution, which has suddenly fallen into decay and is apparently crawling with desperate creeps she must also try to escape. Meanwhile, Lenny tries to get some answers out of Amy about David’s early days, but not before appearing in her true form, that of The Devil with Yellow Eyes. By the way, for an inexperienced actor, Steve Bannon is doing a great job in his role as The Devil with Yellow Eyes.

Cary and Oliver hang out in the ice cube. Oliver has figured out that the evil mutant inhabiting David’s brain is a guy they’re both aware of named Amahl Farouk. The dog’s name, King, is a reference to something Farouk– and probably also Steve Bannon IRL– call themselves: The Shadow King.

Cary starts to explain the situation to Syd, but she has mostly figured it out as well. The only question now is how to rescue everybody. Cary gives Syd glasses Oliver made that reveal the true reality of where they are, a la They Live. Syd puts on the glasses and the creeps that had seemed to overrun the hospital disappear.

Oliver and Cary go to the room where the shooting from a few weeks ago remains freeze-framed, and Oliver and Melanie meet again. It’s an adorable moment, one that seems to make them both harken back to being Beat poetry-loving college students, instantly attracted to one another. Then Melanie goes into the next room and notices the floor is bleeding upward into the ceiling. She walks upstairs to see our shooter/catatonic guy lying stabbed.

Syd gets Kerry some truth goggles. David wakes up in the mind-coffin that Farouk has trapped him in. A more reasonable and British David, created apparently by David’s psyche in case of emergency, gets regular David to figure some things out via some cool animation on a chalkboard. Here’s what he figures out: So last week Lenny said that she knew David’s biological dad, right? David figures out that his real dad must have been a powerful mutant, too. Dad, who David also correctly guesses was a bald guy in a suit with a British accent, fought the Lenny/Farouk monster, who then followed David to his life with his adoptive parents. Farouk drove David crazy, either designing to find Professor X or something worse. Then David falling in love with Syd released the parasitic Farouk.

Oliver does some conducting gestures as music plays and symbols swirl around the bullets. David escapes the mind-coffin. The Eye attacks Kerry and she loses her truth-vision glasses, which makes her believe the neon maniacs have returned. David is caught in a loop of returning to the shrink’s room over and over again. Lenny kills The Eye.

And guess what? That whole last paragraph? Beat poetry!

The Syd and Kerry subplot, through the glasses, is not only black-and-white but silent, with silent movie-style dialogue cards and everything. One thing I like about this show, unlike almost all other comic book properties, is it never at any point tries to fit some hack Hollywood producer’s idea of what he imagines “comic book-y” might be. Instead, it revels in being cinematic, doing things only film can do, and seems mainly informed by film references.

The shooter/catatonic guy apprehends Lenny, Cary manages to get his anti-parasite device on David’s head, and David appears to catch the bullets in his hand. Everyone gets transported back to the real world/Summerland, including Amy and Oliver. Kerry confronts Cary for disappearing when she needed him. David sees the Angriest Boy. Then the asshole who interviewed David in the first episode, all burned up now, shows up to take David away. “You can kill the others,” he commands his troops, and they cock their guns. Somewhere in the farthest reaches of David’s mind, the Lenny/ Farouk/ Angriest Boy monster commences its escape.

I guess my beef with this episode is that it’s just not that personal. The exposition parts don’t really explain much you couldn’t have guessed from the previous episode and reading an article on Nerdist or something, and a lot of the rest is just incredibly abstract. I like Oliver and Melanie’s romance, and I felt Kerry’s heartbreak over Cary abandoning her. The order to kill our heroes is supposed to make my heart stop, but that’s another problem with these impossible storylines: these characters just spent three episodes trying to figure out what to do in between some bullets being fired and the bullets hitting their target, so I’m less worried than I could be. 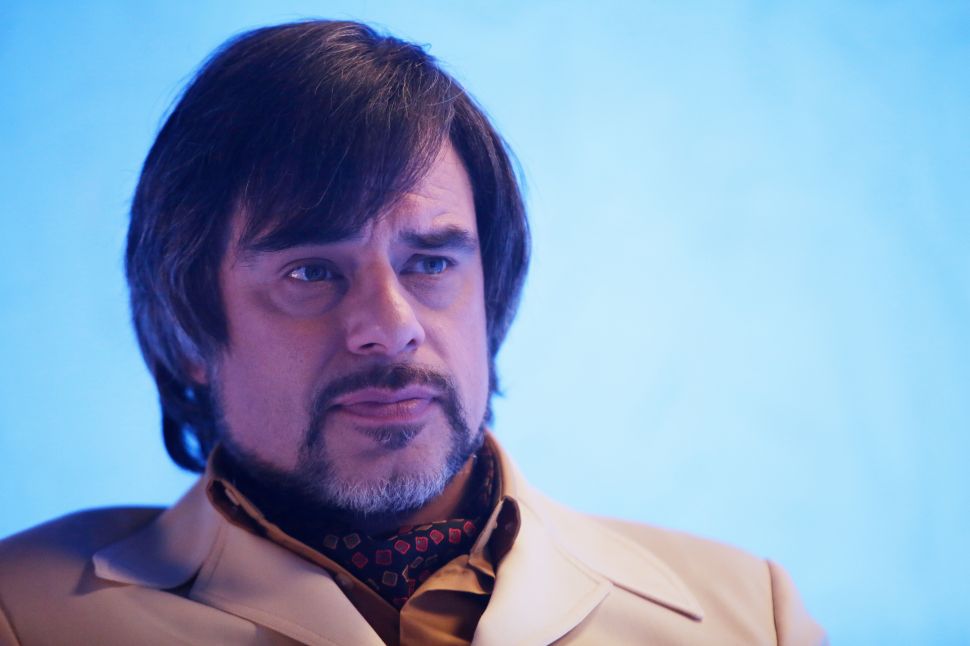